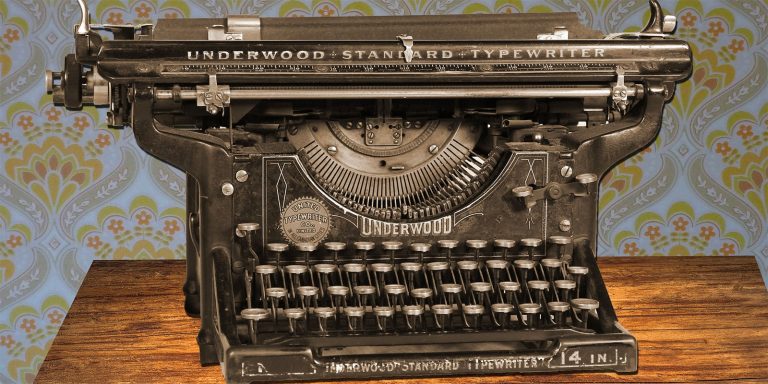 I was recently talking with a friend about my latest flight of fancy: Switching back to a Blackberry. I miss the keyboard and… well, that’s a good enough reason, right? Ever since, he’s been sending me at least one article a day about the impending demise of Blackberry — each portending doom more comically than the last. I still might get a Blackberry. How iconoclastic is too iconoclastic?

Talking about being a Blackberry guy again got me thinking about the other tech products I use that are considered outdated or obsolete or antiquated. Let’s see… I still like having mp3s instead of relying just on Spotify (I still think the rug is going to get pulled out one day)… I still sometimes buy DVDs for the same reason… I don’t like Bluetooth headsets… I tried cutting the cord but didn’t like it and went back to cable… and I still play my Nintendo 64 more than any other video game system.

But all of those seem wildly futuristic compared to the items on this list. (Except maybe the N64. In that case, I am firmly and unabashedly planted in 1997.)

Here are 11 extraordinarily outdated items that people are still buying or producing at jaw-droppingly high rates.

Printer technology is still awful; somehow, printers and computers still don’t communicate once the launch sequence has been initiated. So while the dot matrix printer is completely antiquated, its modern brethren aren’t really all that far ahead. Plus, this means there are still at least 20,000 people out there who can make a killer banner or greeting card in The Print Shop. (source)

I’m not sure why people are still paying by the letter for classified ads when you can post on Craigslist — with photos — for free. Of course, with Craigslist, you feel like there’s a better chance of a potential buyer chloroforming you, performing Satanic rituals over your body, then chopping you into pieces and serving you to his pet llamas. People who buy stuff from newspaper classifieds aren’t Satanic ritual/llama owning people. But we’re really willing to spend $5 billion just to slightly reduce our chances of winding up in pieces? (source)

This is really an astounding number of surviving pay phones. Unfortunately, while pay phones have dwindled but survived, the same can’t be said for phone booths. And it’s sad, since they hold such a significant place in pop culture. How will the next generation appreciate the 2002 Colin Farrell classic Phone Booth? How? (source)

AOL has admitted it still relies on its dial-up subscribers as an important source of revenue, much like a gym relies on the people who sign up for memberships but never, ever go. Some of the remaining AOL subscribers are people who legitimately need dial-up Internet because they’re in rural areas… but most of them are people who haven’t realized you can still keep your @aol.com email address without paying $20 every month. Just in case you needed more ammo to goof on people with AOL email addresses. They’re easier targets than the buffalo in Oregon Trail. (source)

A real-life Dennis Duffy actually might be doing pretty well if he were the only beeper salesman in town. Doctors apparently still use pagers and… well, they’re just about the only ones. But they’re enough to move some weight. Pager weight. Not drug weight. According to The Wire, drug dealers have moved on to using burner phones. I really treat everything from The Wire as scientific fact because it’s just shot with so much gravitas. (source)

At this point, I bet short people use phone books to boost themselves up in photos more often than anyone else uses phone books to look up phone numbers. (source)

There seems to be some kind of hipster typewriter renaissance, even though, in virtually every case, said hipster grew up in the home computer era. (I’d estimate anyone born after 1982 never had to write anything on a typewriter… beyond maybe a first grade book report on Alexander and the Terrible, Horrible, No Good, Very Bad Day.) Can you be nostalgic for something you never experienced, or is that the delicious irony of they seek? (source)

It’s tough to find floppy disc sales numbers, especially as most companies have stopped making them. (And, moreso than anything else on this list, I really have no idea who would be buying these.) But, despite being relegated to the tech graveyard many years ago, somehow the floppy disc persists as the go-to “Save” icon in thousands of programs and apps. That’s like a nutrition guide representing healthy eating by showing a loaf of white bread. (source)

This is the only products where I couldn’t track down a reliable U.S.-only number. I saw one report that there were 13 million blank cassettes and VHS tapes sold in the U.S. last year but I couldn’t find a second reliable source, so I decided not to go with it. I mean, who am I, the New York Times? (source)

This is another baffling one for me, although I guess if you want the functionality of a smartphone without a data plan, you might get a PDA. Or if you’re into linguistic preservation and want to keep Palm Pilot Vector-Based Sort-Of English from going extinct? (source)

Yes, if you do the math, it costs about two cents to make every penny. The same thing happened in Canada (their pennies cost 1.6 cents each to produce), and, this year, they got rid of the penny. The days when Canadian currency was a totally sweet punchline just drift further and further into the past. (source)

Cassette Tapes are Back, Baby! (11 Reasons Why They’re the Perfect Audio Medium)