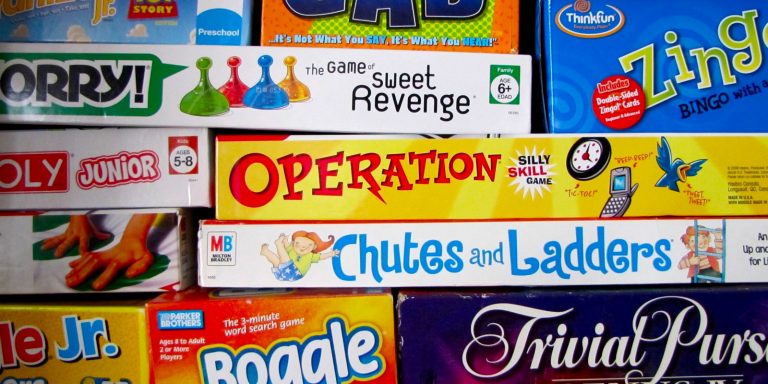 I’ve had this one in the can for a little while now. I was going to wait to publish it until I saw a news story about board game-inspired violence… but last night I realized that’s fairly macabre. So I’m rolling it out now, before someone makes it topical by taking a hungry hungry hippo to the eye.

Here are 11 board games that have extreme potential for leading to serious, and potentially physical, fights. Enjoy?

Cranium is generally pretty light and fluffy. But if anything from Cranium is going to get violent feelings bubbling, it’s the clay. That stuff is the worst. After the first time you open it, it dries out. You can’t sculpt anything. So, after a particularly frustrating series of rounds where a teammate starts yelling at you (“THAT’S how you hum Signed, Sealed, Delivered?” … “THAT’S how you move my arms to demonstrate a karate fighter?” … “THAT’S how you sculpt a moose?”) I could see someone shoving the rock-hard ball of clay down that teammate’s throat.

I think Seinfeld showed just how dangerous Risk can be with the fight over the Ukraine. And even when Risk isn’t causing problems through misunderstandings, it’s still an aggressive game predicated on turf wars. Imagine the tension if some gang members played Risk in juvie. I would never want to see at-risk youth be youths competing at Risk.

Rage can overtake you when right hand yellow and left leg blue leads to your nose encountering someone else’s central anus brown.

(Sure, that joke isn’t up to my usual standard, but I just couldn’t get enough of the concept of a central anus.)

Having someone lurking over your shoulder with a buzzer, ready to unleash a horrible buzzing sound and mock you for screwing up… all while you’re in a high-pressure crucible? Serious recipe for disaster. I would describe the potential result as “um… ok… this event could happen when two… um… pugilists get in the ring and… um… spar. No? Ok… how about ‘you’ve got to THIS for your right to parrrrrty.”

Watching someone else confidently make your entire shaky world collapse? That’s a high-risk metaphor right there.

I’ve always found this game infuriating because there is no logic. There’s no way to strategically win. You just need to hope the words you play happen to jive with the whims of whomever is guessing at the time. And you know what makes me filled with murderous rage? A lack of logic. (Fittingly, if I ever got into an Apples To Apples fight due to illogic, my instinct would be to use the Vulcan death grip.)

The game is completely disingenuous, which makes its players disingenuous. It’s entirely based on a lie. No one’s sorry when they knock your pieces back to the start. It’s the entire purpose of the game. It would be like renaming demolition derby “Right of Way.”

If The Simpsons have taught us anything, it’s that not knowing how to properly draw “dignity” in a game of Pictionary can, in fact, break up a marriage.

In my own experience, I’ve never seen any game lead to more fights than Scattergories. My friends and I actually had to ban it because the arguments that ensued, while never turning physical, were threatening to tear us apart.

The problem with Scattergories is that there’s a lot of wiggle room in the responses — which leads to a lot of passionate arguing and a lot of feelings of victimization. Let’s say the letter is “M” and one of the categories is “World Records.” The argument that will break out over who gets how many points for responses like “Most cigarettes smoked,” “Most Mickey Mouse tattoos” and “Most M&Ms eaten” will literally take up the rest of your night.

Monopoly is like a long con. Unlike, say, a game of Connect Four or Jenga where you get your anger in and get your anger out, Monopoly just lets it fester. So you slowly seethe as someone manages to keep rolling their way onto Water Works and avoiding your monopoly on the yellows… as they keep landing on Free Parking and raking in the money… and as their seemingly-comical investment in Mediterranean and Baltic is inexplicably sinking you. Then, next thing you know, you can’t even win first prize in the goddamn beauty pageant and you snap.