There’s something so amazing about a ridiculous mistake on a birthday cake.

So if you like all this, might want to head over there afterward for more. Of course, mine will have this site’s traditional pithy commentary and obscure references, for what those are worth.

1 | Cake-making skills are satisfactory, but punctuation is sub-remedial 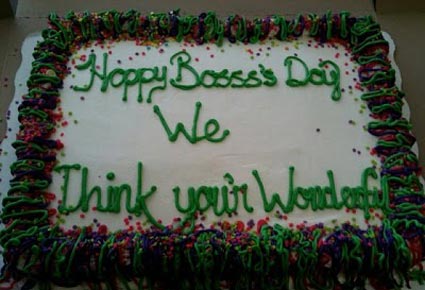 The extra “s” in boss’s is great — and a nice subtle message the boss is a snake — but I find myself uncontrollably drawn to the your/you’re switch. Because this is the rarely seen “you’r.” That’s the most elusive your/you’re bastardization of all. If I’d been in this office I would’ve eaten the you’r piece, primarily for the sake of mankind. (Secondarily because it’s near that delicious looking edge.) 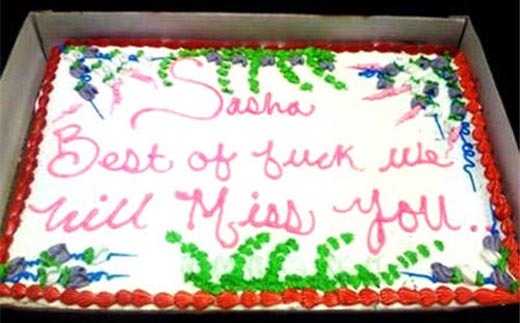 Clearly they’ll miss her — she was bringing a *lot* to the table.

3 | That’s not a football in the upper-right corner 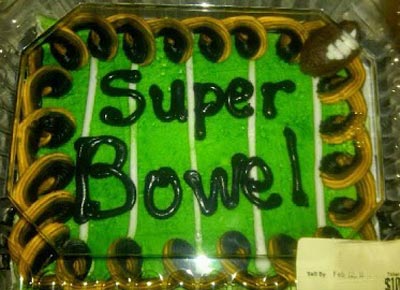 I’m so glad this is clearly in Steelers colors, as I think that should keep people from making the obvious connection to “taking the Cleveland Browns to the Super Bowl.” 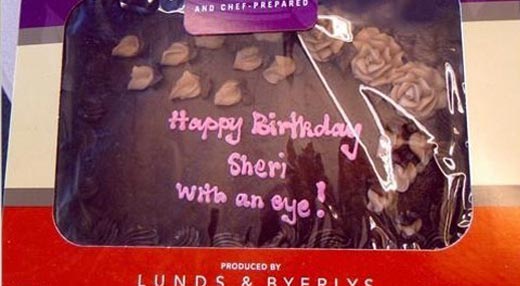 There are tons of photos online of cakes with the instructions actually written out, like this. The cake maker here gets extra credit for (1) actually getting the spelling of Sheri correct even though they clearly didn’t quite get the instructions and (2) putting the exclamation point after “eye” to truly convey the tone.

5 | Times are tough, we’re down to just one spring 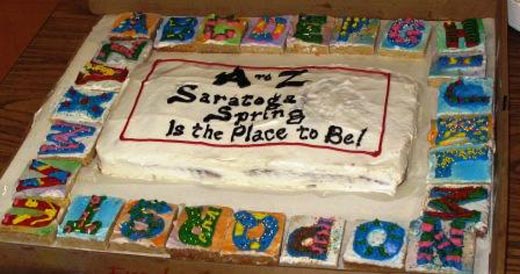 I mean… it’s a cake display devoted to the alphabet. Someone could’ve re-appropriated the “s” from the border to get the city’s name right. (Or gone to the “bosss’s day” office and seen if they had an “s” to spare.)

6 | A worse attempt at Latin than Bart calling Lisa a “dorkus malorkus.” 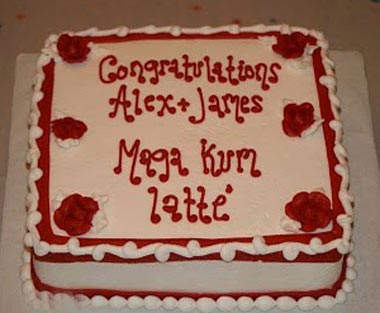 7 | I’ll take my corned beef on a baguette 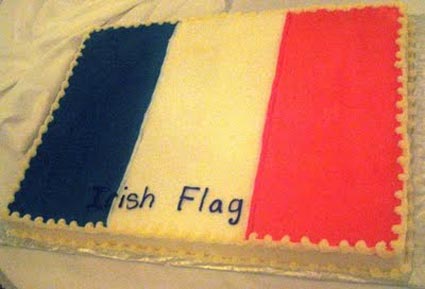 The perfect St. Patrick’s Day cake for the leprechaun in your life with a Napoleonic complex. 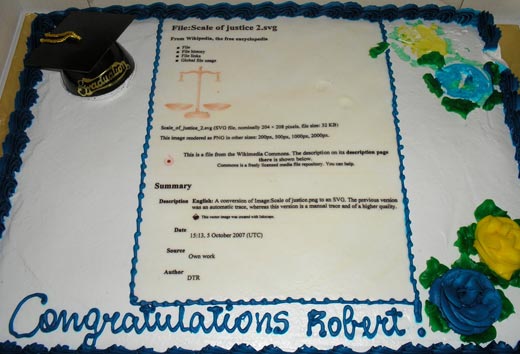 It’s a good thing that this is a Wikipedia Commons image and, therefore, public domain. Otherwise ol’ Robert might’ve found himself in first legal quandary: Does he have an ethical duty as an officer of the court to go after his mom and/or the bakery for illegal use of that image?

9 | Conformed in the eyes of God 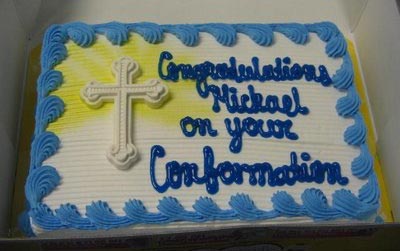 I could see the atheists loving the typo so much they throw this on a t-shirt. (Of course, if Robert saw that t-shirt, he might have to go after them for illegally using the image, too.)

10 | Tomahawk chop that right off 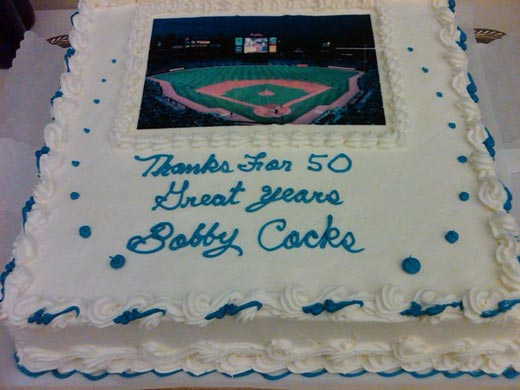 This cake was given to former Atlanta Braves manager Bobby Cox at a retirement party. They cut off the bottom to hide the “Cocks” error before he got there. I wouldn’t have done that. It may be half my lifetime later but I still hate the guy from when the Braves beat the Indians in the 1995 World Series. (Also, Bobby Cox always looked like one of those people who was, like, four life decisions away from Person of Walmart, not a future baseball Hall of Famer.) 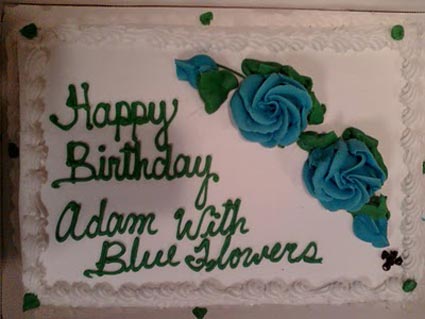 Adam with Blue Flowers? Perhaps he’s a long-lost cousin of Anne of Green Gables! Just (probably) not Canadian and ginger.