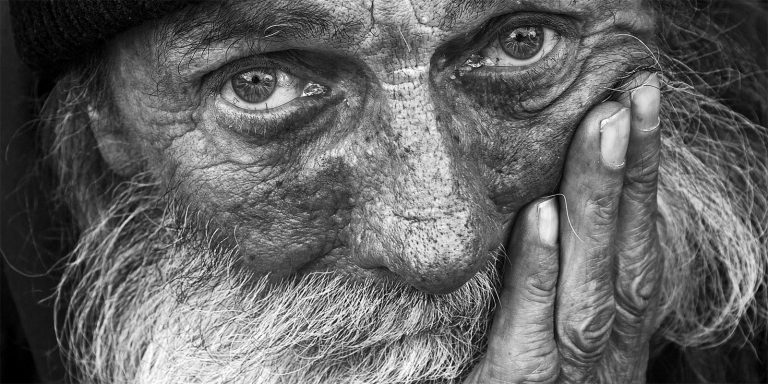 From smoking to gaining weight to being a coward, here are the results of a survey on our biggest regrets.

Of all the quotes that 15- to 24-year-old women turn into art pieces for their walls, “You only regret the things you don’t do” has to be the most inaccurate.

(Well, technically, “Shoot for the moon, if you miss you’ll land among the stars” is the most factually inaccurate due to the Earth’s proximity to the Moon versus its proximity to stars — but at least the sentiment isn’t quite so misguided.)

I stumbled upon a new survey yesterday that ranked people’s top 40 regrets. (Which, for clarification, does NOT mean regrets about songs that made the top 40. Because I’m not sure anyone could compete with Tubthumping.)

Here are the picks for people’s top 11 biggest regrets.

A solid 88 percent of the smokers in the survey said they regret taking up smoking. I’m far more curious about the 12 percent who don’t regret it. Who could that be? Goth kids? RJ Reynolds executives? The enormous group of smokers you see outside an AA meeting? The French?

I’m fairly convinced people don’t save money because we’re conditioned to believe that, one day, millions of dollars are just going to appear at our doors. Depending on your generation, you can blame that irrational belief on: The convict from Great Expectations, Ed McMahon and Publishers Clearing House, or Mark Zuckerberg.

How far back do you go on this? Like, do people regret that they’re heavier now than they were in high school? Middle school? After that time you had mono or a tapeworm? Meh. Who cares? As long as everyone’s gradually getting larger at the same rate we should be fine.

4 | Not doing better in school

I’m not on board with this finishing so high. Other than keeping you from getting into a really, really expensive college (or keeping you from getting an even more expensive post-graduate degree), your grades really stop coming up after you’ve had one job. You probably don’t want to work for a place that would hire you because you managed to sneak a few GPA-padding As and A-minuses in Intro to Music and History of Ice Cream.

5 | Not keeping in touch with people

I feel like we (and, also, the royal We) might not worry about this as much as we used to because of all the faux-contact we get from Facebook. I know all about what’s going on with hundreds of kids I knew from elementary school, high school and summer camp. Haven’t talked to any of them in at least a decade — know all about their jobs, their kids and which Big Ten school they support. (Growing up in the Midwest, that’s all you get.)

6 | Not paying attention in school

Coincidentally, I got this response from a lot of people when I posted my list of 11 Math Problems That Look Simple But Are Not earlier this week. Lots of regret from people for forgetting everything they learned in math class. Or cat leg/ball weighing/brain teaser class, if any of those exists.

I think this should be higher. Debt is brutal. You make a payment, but between interest and basic spending you somehow end up deeper. It’s horribly Sisyphean. (Or, at least, MC Skat Katian.)

This comes down to pride swallowing more than anything. You can switch career paths at any point in your life — as long as you don’t want to be a pro athlete, stripper, or Mouseketeer — and you’re willing to potentially go back to school, take a massive pay cut, start at the bottom, and work for a boss who’s young enough to be your grandchild. I’d say you’re still young enough to switch career paths until age 77 or so. And with the state of Social Security, you just might have to test that out. HI-YO!

So smoking was the number one regret on the list… but this point shows even people who *beat* smoking have regrets. It’s because of those commercials with people talking out of their throat holes, isn’t it? Those make ME regret the five to six total puffs I’ve ever taken of cigarettes in my life.

10 | Not being brave enough

Totally a symptom of making cowardly top 10 lists. Push those to 11. (Or, actually, shoot for 12. I still get this little irrational twinge of resentment when I see someone else do an 11-point list.)

11 | Not socializing with friends enough

It’s weird that something that’s such an indisputable leisure activity cracked the top 11. Like… what are you doing instead of hanging with friends? Working? Hanging with your family? Watching TV? Obsessively playing video games, ironically including Hanging With Friends? This ain’t like quitting smoking or getting out of debt. It’s just changing the venue in which you’re currently sitting.

A few of the other interesting ones that made the top 40: 13. Not traveling more; 17. Losing your virginity to the wrong person; 23. Having unprotected sex; 29. Getting married; 31. Getting a tattoo; 33. Fake tanning; and 34. Having an affair. So, yes, tanning beds rated slightly more regrettable than cheating on a spouse.