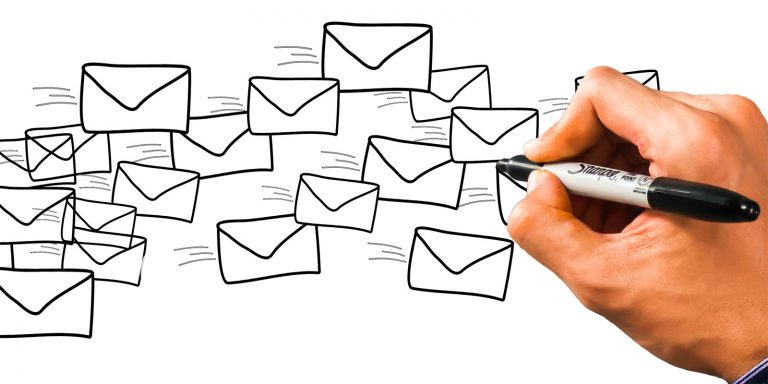 Yesterday, I emailed someone with an account of [name withheld to prevent unbearable mockery]@prodigy.net. PRODIGY. And it’s not because he’s a member of the Smack My Bitch Up Prodigy.

Prodigy.net isn’t included in the list below (although, since it was swallowed by AT&T, it’s technically part of the “ISP” point on this list). But it did set me off on a whole project of ranking different popular email services by how much mockery they bring upon their users.

And, thus, this list. I’ve ranked 11 popular email service providers from the one that is least mock-able to the one that’s most mock-able. And, as a public service, I’ve also included exactly HOW the possessors of these email addresses should be mocked.

I guess you could say I’m something of a e-mockery prodigy. These companies are about to get served. (CompuServed, that is.)

Definitely the least mock-able. And there’s a reason. Not only is it roundly considered the most modern email service… you can’t even backlash against it for being ubiquitous like most other Google services. Because even though 98 percent of everyone you and I know uses Gmail… it’s actually only the number three service in this country. It’s far behind Yahoo and Hotmail/MSN.

So when you defect to Gmail, you’re not even front running. That would be like someone deciding their favorite CSI is CSI: New York. Or your favorite soda is Diet Rite. Or your favorite city in Montana is Great Falls. Or sticking with BlackBerry.

Can’t mock you too much — you got a job and shit — but it’s totally in-bounds to mock those extra-long corporate disclaimers that get automatically inserted at the bottom of the emails. “This email is only intended … blah blah blah … SEC … blah blah blah … generic legal jargon.”

And yeah. I see that giant warning — you’ve got more restrictions than a Groupon — but I’m still going to forward you this picture of Homer Simpson having sex with Lois Griffin while Sideshow Mel yanks it in the corner.

Similar boat at corporate email. We can’t really mock you for going to college and trying to better yourself. (Even if your domain is @msu.edu.) But if this address shows up on a resume, everyone knows you’re only using it because your real email — the account you set up in high school — would be humiliating to use now. You’re not getting any internships if the top of your resume says CupOfJoeJonas@hotmail.com or falloutboytoy69@verizon.net.

For people who know the back story behind a me.com, they’ll look at you as one of the ever-growing army of Apple zombies.

From my perspective — no matter how much Apple stuff I have (and it’s kinda becoming a lot), I will NOT have a me.com email address.

Look, Apple. I’ll pay too much for one of your MacBook Pros because it’s a great machine. I’ll buy your accessories even though they never go on sale. I’ll figure out a way to incorporate a tablet into by life even though I never thought I needed it. But I draw a line in the sand when it comes to paying you $99 a year just so I can have email and sync a calendar.

Yahoo’s not all that mock-able, other than the fact that your email is a constant reminder that you bet on the wrong horse. It’s like going to someone’s house and seeing their giant VHS collection.

6 | Your own domain name

This is how I do my email. With my own dot com. And I get wailed on in two different ways. Some people give me the “Oh… you’re one of those” response. And other people give me the, “Oh of course. Can’t just have a regular email. Need to keep having new websites and new addresses.”

This is just a lose-lose. People like me (and the vast majority of this site’s ever-so-nerdy readers) who remember the first wave of search engines think an @excite.com email makes you more out of date than The Net. (You know The Net. It’s the one starring the girl from The Bus.)

And people who don’t remember Excite probably think you’re emailing them from some kind of casual encounter-oriented dating site.

I know NetZero’s still around, but I associate the email address with that late ’90s dot-com boom era, when NetZero tried giving away Internet access away for free for a few years. If you’re still emailing through NetZero, do you also still have the original AllAdvantage toolbar running on the bottom of the screen? (I swear, just keep it running. That check is gonna come from them one day.)

Feels like such a relic of the era when Microsoft was running the show. Like, your Hotmail only works if you’re checking it on Internet Explorer 4 for Windows 98. And while you’re dressed up as the Microsoft paper clip.

This one was a slam dunk. No email service draws more heat than AOL. It’s the Comic Sans of email providers.

Here’s an anecdote of how mock-worthy an @aol.com email still remains. One of my Facebook friends is this southern radio DJ I used to work with who’s now become a huge Tea Party guy. Palin lover, birther, Beck disciple, spelling errors, the whole package. And, under the Murphy’s Law of Facebook, his posts always show up in my feed.

Well… after AOL bought the Huffington Post, he posted on Facebook that the acquisition was going to make him jettison his @aol email account. The people who comment on his updates are just as right-wing as him… but, in this case, each and every response was along the lines of “wait, you still use AOL? Welcome to 1996! What happened — couldn’t get the email address you wanted on Compuserve?”

In other words: AOL mail is so mock-able that mocking it even takes precedence over Tea Partiers mocking Arianna Huffington.