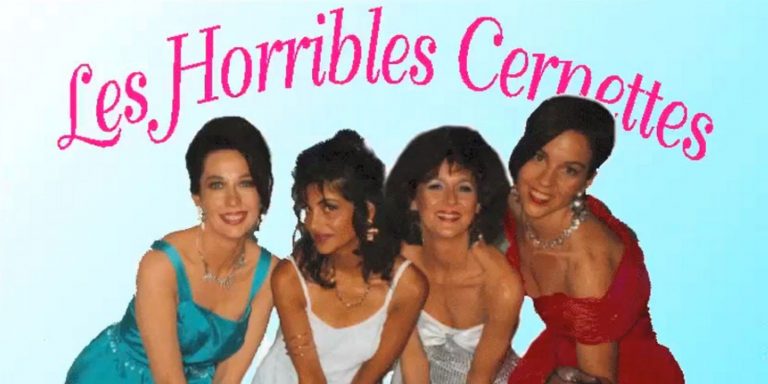 People on the Internet love firsts. I can only conclude this based on the number of comment threads that begin with someone writing “First!”

So I went on a hunt for 11 Internet firsts and found some really interesting ones… although, sadly, I was unable to track down the first time someone left the first “First!” comment. 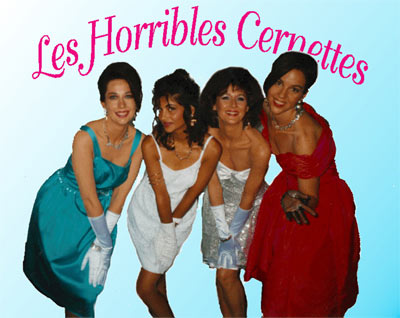 A programmer named Silvano de Gennaro worked for CERN (the European Organization for Nuclear Research, located in Geneva, Switzerland… aka the birthplace of the World Wide Web).

Berners-Lee asked Gennaro to scan some photos from a CERN party and post them on that page. Gennaro didn’t really get what he was talking about but scanned in the photos, FTPed them to the server and linked them to a page. The picture of the four women, complete with their early ’90s Don’t Tell Mom The Babysitter’s Dead fashion sense, was the first one ever viewed in a web browser.

And if the cougar in the silver sparkles had just leaned a tiny bit more, this could’ve simultaneously been the first nude photo on the Web. [Source]

E-mail as we know it was created by a programmer named Ray Tomlinson, in 1971. People had been sending electronic messages before… but only to people on the same computer. Tomlinson created the e-mail structure that’s still used today — guy@site.stuff. (Apologies, by the way, to the real guy@site.stuff, whose e-mail I just exposed to hundreds of hungry spambots. Hope you like hearing about the magical powers of Acai berries!)

By bringing the “@” symbol in, it separated the e-mail user from his machine, and, therefore, he could send his electronic message to anyone on any machine. (I use the male pronouns here not because I’m sexist, but because no woman in the history of women would’ve been dorky enough to be an e-mail pioneer at this stage. Not even you, Marie Curie.)

So what did Tomlinson write in his first e-mail? He… doesn’t remember. Best he can recall, quote, “the test messages were entirely forgettable… most likely the first message was ‘QWERTYUIOP’ or something similar.”

The first real e-mail he sent was a message to his co-workers… explaining how to use e-mail over the network. [Source]

With the first real e-mail out of the way, the door was open for the first spam e-mail. Although, based on best estimates, it took a solid seven years before someone realized that strangers on the Internet were the best target market for unsolicited penile enlargement help.

The first spam e-mail was sent out in 1978 by Gary Thuerk, a marketing rep for DEC.

(That’s the Digital Equipment Corporation. You’d probably recognize their logo. They ended up going belly up in 1998. And for a computer company to die in 1998, you know they did NOT have their shit together. In 1998, you could slap the letter “e” before any word, call yourself a company and make a billion going public the next morning.)

Gary sent this e-mail, unsolicited, to every available west coast e-mail address he could get his hands on:

WE INVITE YOU TO COME SEE THE 2020 AND HEAR ABOUT THE DECSYSTEM-20 FAMILY
AT THE TWO PRODUCT PRESENTATIONS WE WILL BE GIVING IN CALIFORNIA THIS
MONTH. THE LOCATIONS WILL BE:

A 2020 WILL BE THERE FOR YOU TO VIEW. ALSO TERMINALS ON-LINE TO OTHER
DECSYSTEM-20 SYSTEMS THROUGH THE ARPANET. IF YOU ARE UNABLE TO ATTEND,
PLEASE FEEL FREE TO CONTACT THE NEAREST DEC OFFICE
FOR MORE INFORMATION ABOUT THE EXCITING DECSYSTEM-20 FAMILY.

The reaction was… not good. In fact, this spam message got even more hate than spam today. Because the modems in 1978 were slow, downloading a long e-mail like this (long because it had so many people’s e-mails listed) could choke people’s computers. It even, apparently, shut down a system at the University of Utah, and drew a strong complaint from the Defense Communications Agency. [Source]

AT&T is responsible for the first banner ad ever.

The people behind Wired magazine decided to start the first commercial web magazine, called Hotwired, in October of 1994. And they put the word out: Buy advertising in our new, online-only magazine.

AT&T was the first company that did. And instead of taking the straightforward approach, they used an online advertising strategy that would launch a billion “punch the monkeys”… a mystery ad trying to goad readers into clicking.

Pierre Omidyar started eBay in September of 1995. And Omidyar sold the first item on eBay… a broken laser pointer that went for $14.

And, quite frankly, I can’t think of a first item more emblematic of the eBay experience than a broken laser pointer.

Biz Stone, one of the co-founders of Twitter, posted the first Tweet ever… just 11 minutes before the other co-founder, Evan Williams. On March 21st, 2006, at 12:51 PM, Stone Twittered: “just setting up my twttr”.

And, quite frankly, I can’t think of a first Tweet more emblematic of the Twitter experience than Stone’s punctuation-, capitalization- and spell check-free offering. [Source]

The first search engine was called Archie, and was created in 1990 by Alan Emtage, a student at McGill University in Montreal, Quebec, Canada. I didn’t look up what has since happened to Alan, but I assume at some point around 2004 he hung himself by his neck in his fucking closet for not pushing himself just a slight bit harder and coming up with Google.

Anyway, you can still use a version of Archie here… but, for whatever reason, it only lets you search worldwide anonymous FTPs or Polish websites. Only searching Polish sites? Such a fall from grace for the first-ever search engine. Just another reason why Alan’s decomposing body was probably found by the police with things like “Gmail” and “Adsense” and “I’m feeling lucky” carved into his flesh. [Source]

The first domain name ever was Symbolics.com, registered on March 15th, 1985, by a computer manufacturing company called Symbolics… that no longer exists.

The first YouTube video features Jawed Karim… who’s like the Brian Dunkleman of YouTube founders… standing at a zoo, talking about an elephant. It was posted on April 23rd, 2005.

Karim is the far more interesting story — I love this article in “USA Today” where Karim casually mentions that, even though he’s not considered one of the two guys behind YouTube, it was all his grand idea. But he let the other guys have it because “my only interest was in helping the company get off the ground.” Of course. And Vin Diesel only came back to be in Fast and Furious because he really connected with the script.

Yes, that rhymes with semen. However… Gary did not have pornographic intentions with sex.com. At least that’s what he says today.

A guy named Stephen M. Cohen, which rhymes with bone (and “moan”… and “sex, phone” and “she moves her body like a cyclone”), DID see the pornographic potential of the domain. So he contacted Network Solutions, which administrated all domain names back then, and fraudulently had the ownership of sex.com transferred to his name using a series of fake faxes and forged documents.

Kremen was furious, and sued Cohen. After a long court battle, Kremen won a $65 million judgment and got the rights to sex.com back. Before he could get the money, though, Cohen fled to Mexico and moved his money to an offshore account. He was tracked down in 2005 and turned over to U.S. authorities.

Kremen sold sex.com for $12 million. In between fighting for sex.com, he had the time to found match.com. Which, I’d guess, has led to exponentially more actual sex than sex.com. [Source]

Founder Jonathan Abrams, profile #101 was the first member of Friendster. And may also be its last one left.