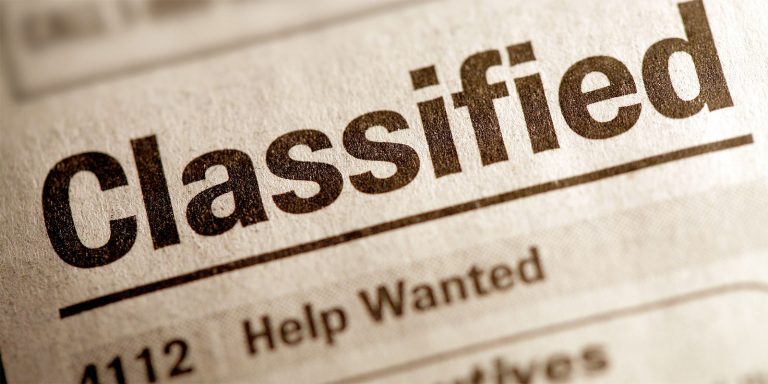 There’s unintentional brilliance buried deep in the heart of the classifieds.

I’ve said this before, but I’ll say it again: Enjoy newspapers while you can. Even though they are on a path to being completely obsolete with the 24-hour news cycle, you’re going to miss them when they’re gone.

One thing you’re going to miss the most: The hilarity of the classifieds in small-town newspapers. Craigslist is never going to replace the unintentional comedy of a good, old-fashioned, paid classified ad. Like these 11. The 11 greatest, most ridiculous, hilarious classified ads I’ve ever seen. 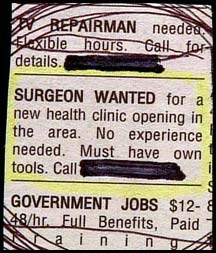 And you really can’t provide the tools?

2 | Such a bad choice of words 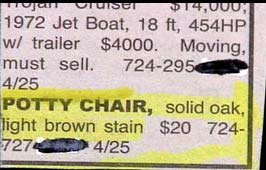 Apparently, it never occurred to this person that maybe this phrasing would NOT help move his potty chair. 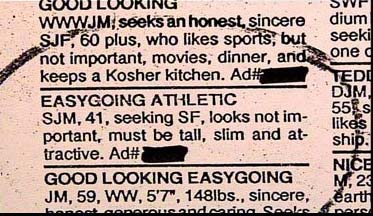 Just like I don’t care about numbers on this website, I’m just doing it for the love of writing. (Please join my Facebook fan page ASAP, thanks!)

4 | Not sure how these things are related 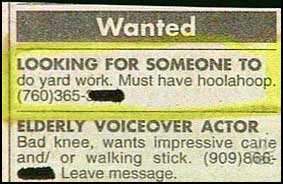 I suppose it is fun to watch someone weed whack while moving their hips in a slight circle, but I’m not sure if I’m making that a prereq for my gardener. 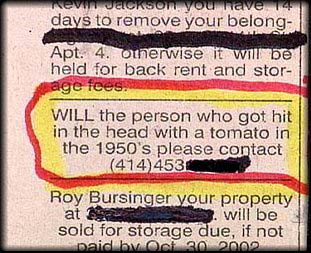 6 | Grandma? I just got laid off and need a favor 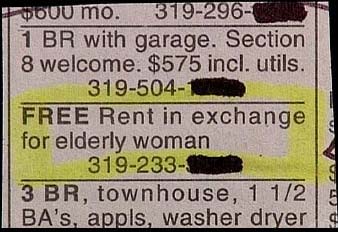 Remember how you said you hated the home we put you in and wanted to live in a place that’s more exciting? Well this isn’t going to disappoint…

This ad gets better with every sentence, culminating with the last one. Pack your bo staff and saddle up for what’s sure to be a wonderful time.

But you let Homer HendelBergenHeinzel in! 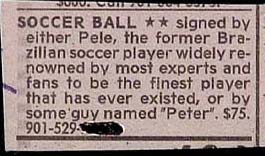 But Peter might’ve been pretty good too! 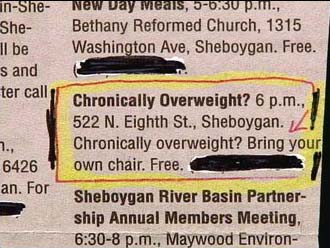 This is almost as insulting as having to buy two airplane tickets.

For one day, until these cockblocking broads had to post a correction, George Brownridge was the coolest man in town.

Emotions For Sale (Or, I Watched Four Hours of Football Expecting Funny Ads, What Happened Next Will Shock You)