From Jesus in a Cheeto to Susan Boyle in a Yorkshire pudding, and everything in between.

There are two primary reasons why people see faces appear in food and other random objects (water stains, bird poop and so on):

1. Pareidolia, a psychological phenomenon where our brains try to ascribe familiar patterns to randomness. Meh.

2. The chance that they’ll be able to sell their finding to Golden Palace for big bucks.

A recent discovery (see #1 on the list) inspired me to track down some of the better photos of faces appearing in food. Most of them are Jesus, so I had to limit him to just one entry. Here are my favorite 11… 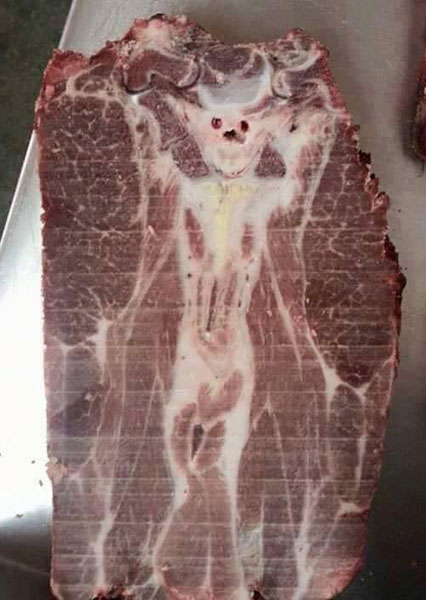 Satan was just spotted in the marbling of a steak in Mexico. Bonus points for the red eyes, goat-like body (especially legs) and cape. Demerits because it looks kind of like he’s smiling, and it definitely looks like he’s delicious.

2 | Kate Middleton in a jelly bean 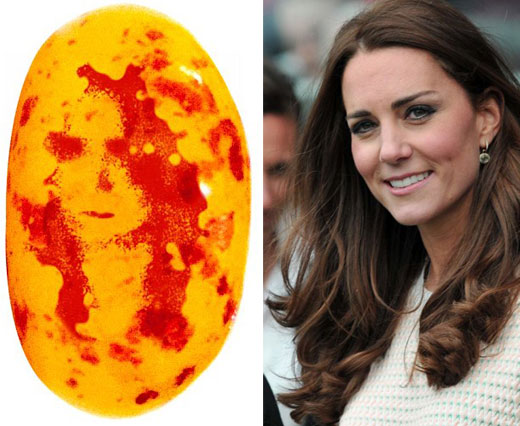 The image is pretty good, although it could really be any lady, not just Kate Middleton. Or maybe the Unabomber? 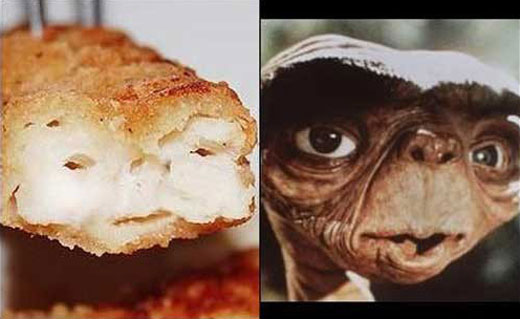 Bravo to whoever spotted this, as I can’t even imagine what would lead to someone pausing in the middle of eating a fish stick to examine it. 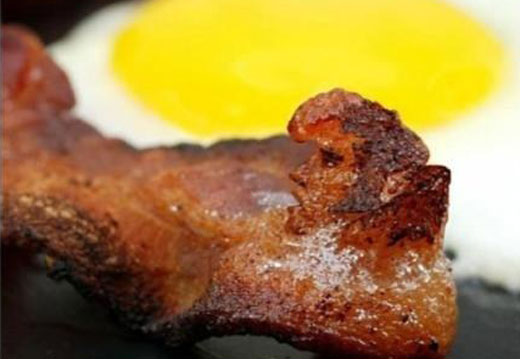 It’s so good it almost seems Photoshopped. It probably is. I intentionally didn’t research it too carefully because I didn’t want my bubble burst. 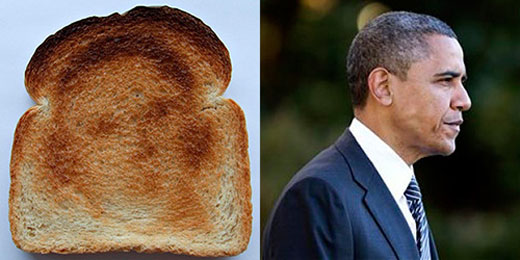 Like with most Obama caricatures, it’s all in the ears.

6 | Jack Nicholson as the Joker in a peeled apple 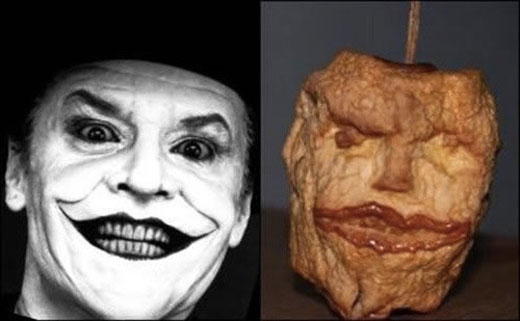 Not sure why people see the Joker here more than Steven Tyler, but that’s what the Internet says.

7 | Mother Teresa in a cinnamon bun 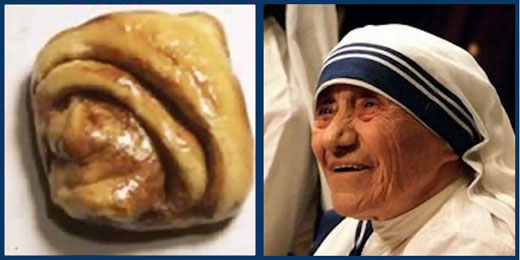 The bun was on display at a restaurant in Nashville — but was stolen on Christmas in 2005. There were rumors it resurfaced in Seattle a few years later, but it was never confirmed. So the Mother Teresa bun is, as far as we know, still in the wind. 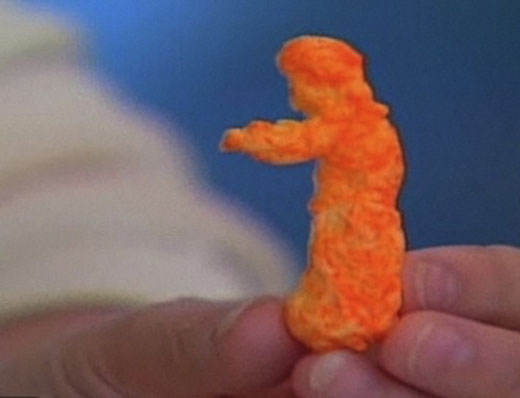 There are so many Jesus foods to choose from, but this delightful Cheeto gets the nod. To blend two Simpsons quotes, yes, it’s fairly abstract, but still sacrilicious.

The resemblance is fine, but I’m mostly happy to finally know what Yorkshire pudding looks like. I would’ve guessed, you know, pudding.

10 | George Washington in a chicken nugget 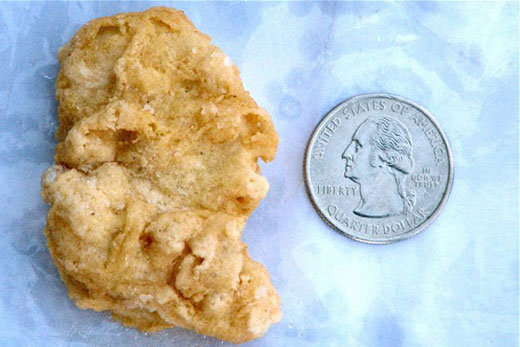 How fitting that one of the founders of America would be reincarnated as one of the country’s few original foods?

11 | Abraham Lincoln in a French fry 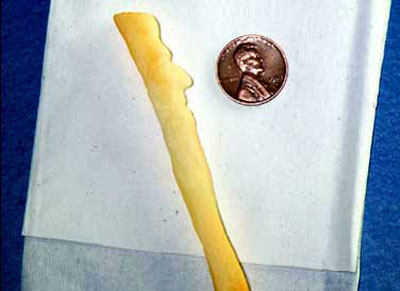 Now all we need is Millard Fillmore in a milkshake and we’ve got our presidential food trifecta.