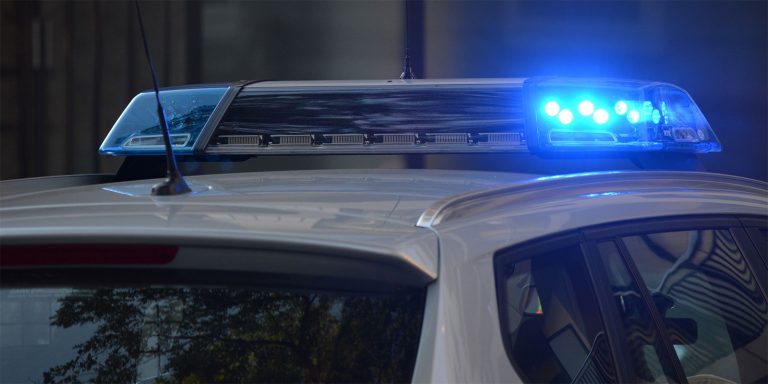 The police blotter section in a small-town newspaper is pure comedy fodder.

Today, I present 11 great, funny, ridiculous moments from the police blotter. I hope to have many more 11 Points lists like this in the future. 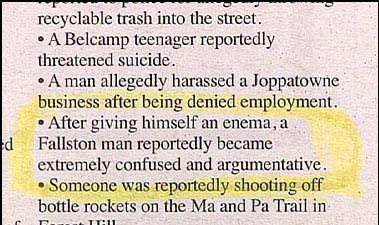 This is what happens when you try to do something at home that should really be left to the professionals. 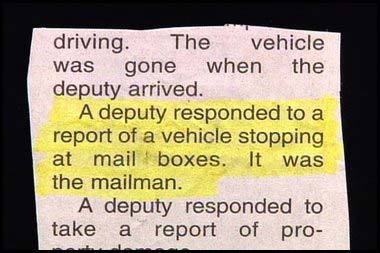 I love the towns where EVERY call to the police makes the police blotter. Because then you get gems like this.

3 | Chipotle does make them large 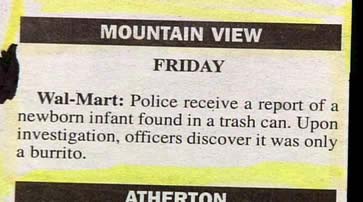 At least the police didn’t get a report of a burrito in a Wal-Mart trash can and find out it was really a newborn infant. Newborn infants don’t taste that good with sour cream. 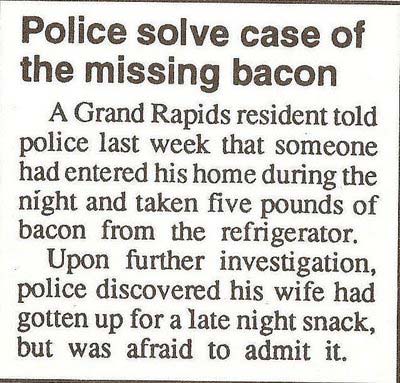 It’s pretty impressive to marry a woman who can take down five pounds of bacon for her midnight snack. I’d be embarrassed to admit that too. 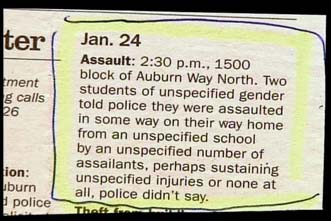 6 | What are the odds she shows up to court? 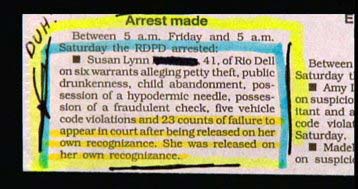 The next time a Congressman is doing a presentation on the flaws of our criminal justice system, this police blotter excerpt HAS to be part of his Powerpoint presentation.

I love that the woman’s instinct was to call the cops on her housekeeper. Whose mind works like that?

8 | What was so suspicious? 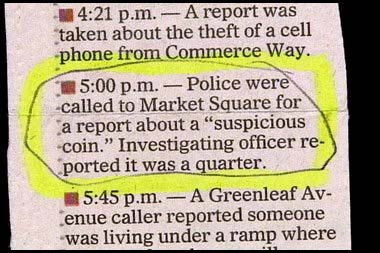 Great matter-of-fact reporting on the denomination of the suspicious coin. And I agree… nothing’s sketchier than a quarter. 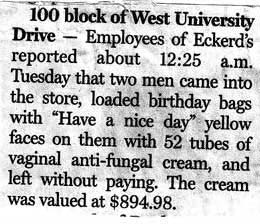 Where is your life when it’s after midnight and you and a friend need to knock off a drug store for almost four figures worth of vaginal anti-fungal cream? 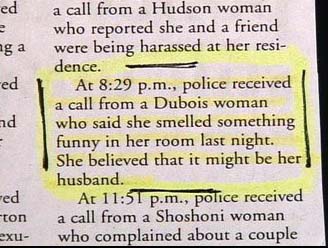 Even if you eat five pounds of bacon and are coping with the smells that result… blame your husband. 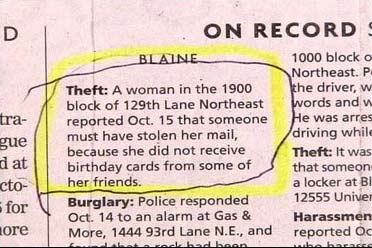 And any moment now, even though it’s years later, this woman is expecting all of her friends to jump out from behind her furniture and yell “Surprise!”

Ode to RadioShack, Via an Unintentionally Hilarious Line in a Florida Criminal Story