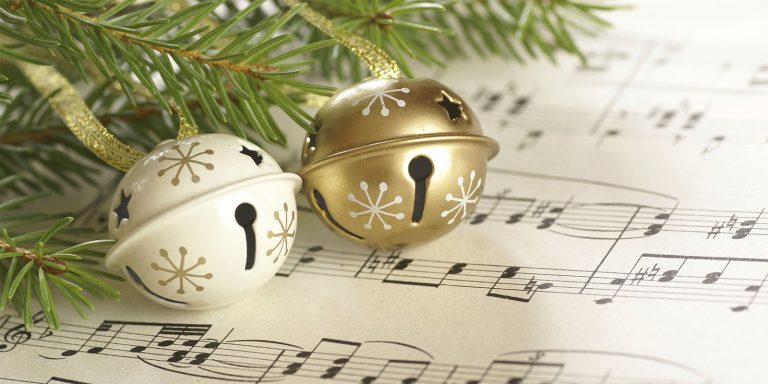 A shockingly large number of famous Christmas songs were originally written by Jews. But which ones?! Which?! Ones?!

I guess it shouldn’t be surprising that so many famous Christmas songs were written by Jews. Back when these songs were written, Jews were writing everything. (Today’s Jews are down to writing only like 75 percent of things. We’re slipping.)

I stumbled onto an article last month about Jews and Christmas songs (mostly Kenny G stuff) and figured I’d show the Christmas music discipline that my beloved L.A. lite rock station never does — I’d at least wait until December to bust this out. Here are 11 popular Christmas songs written by Jews…

According to the Guinness Book of World Records, Bing Crosby’s rendition of White Christmas is the best-selling single of all time. Little-known fact: Berlin’s original version starts with a quick verse about how he’s in sunny Beverly Hills, California, which is why he’s dreaming of a white Christmas. Which you can hear here, in the version of White Christmas by the Crash Test Dummies. (???)

The Velvet Fog picked an ultra-generic name for his song; that whole “(Chestnuts Roasting on an Open Fire)” thing was tacked on to help avoid ambiguity. In that way, it’s just like Escape (The Pina Colada Song). Little-known fact: The Velvet Fog says he and Bob Wells wrote this song when it was blistering hot in California and wanted to “stay cool by thinking cool.”

Little-known fact: Cahn and Styne wrote the song because they were in sunny Hollywood, California, which is why they really wanted it to snow. At this point, I think we’ve established a pattern behind the inspiration for Jews to write Christmas songs.

Little-known fact: This was composed during a heat wave in July of 1946. But — TWIST — not by a Jew. The melody was composed by a guy named Leroy Anderson. The lyrics were written four years later by Mitchell Parish, who is Jewish. And since I couldn’t find any information about him writing them from sunny Southern California, I think it’s fair to say we’ve broken that streak.

You can tell this one was written by Jewish folks who didn’t quite know all the real Christmas traditions, so they took some educated guesses to fill in the gaps. They mention that Christmas involves toasting marshmallows and scary ghost stories. Does it also involve shooting fireworks and commemorating Martin Luther King?

Winter Wonderland is one of those songs that’s associated with Christmas even though it never mentions Christmas — which makes it ideal for kids to sing in schools that don’t want to touch anything related to religion with a 39-and-a-half-foot pole.

The theory behind this song was Livingston and Evans were inspired by the Salvation Army bell ringers (even though the song isn’t really about charity) — but they weren’t. In an interview last decade, Evans said it was just inspired by a bell that was sitting on their desks. Which means we were remarkably close to a Christmas song called “O Pile of HR Forms.”

Not to be confused with the Jonathan Taylor Thomas vehicle I’ll Be Home For Christmas, which had a screenplay written by… let’s check IMDb… a guy named Harris Goldberg. Well there’s no way to tell if he’s Jewish.

While researching this, I found that pretty much every female singer whose extended brand description could include the words “sexpot” and/or “vapid” has covered this song. You know who else recorded a cover of this? Michael Buble. There’s your definitive proof that that guy has NEVER met a Christmas song he didn’t like.

For what it’s worth, his cover is not about seducing Santa, but rather asking his bro Santa to hook him up with a bunch of expensive stuff. I like Michael Buble, but cringeworthy is the only word to describe this.

This is a Christmas standard, but could actually be cited as part of the WAR ON CHRISTMAS. It never mentions Christmas and only generically refers to the holidays. Has someone told Megyn Kelly about this? Why, by “holidays,” they could mean Hanukkah! They could mean Ramadan.

Johnny Marks also wrote Rockin’ Around the Christmas Tree, A Holly Jolly Christmas and Run Rudolph Run… plus a few dozen more Christmas songs that are slightly less famous. I’m not sure there’s ever been a Jew who contributed more to Christianity.