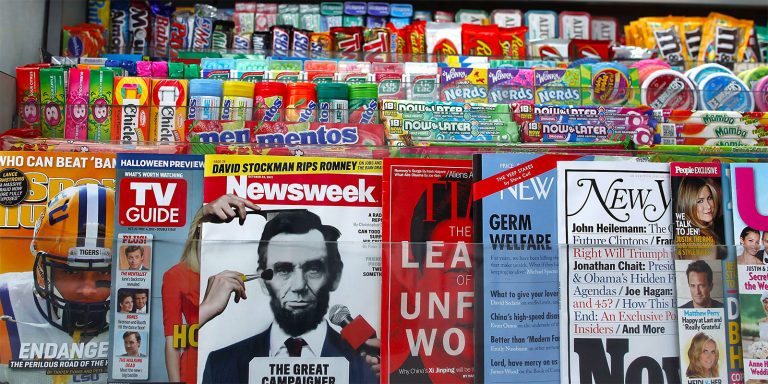 The circulations of AARP the Magazine, Playboy, TV Guide, Newsweek and more just might surprise you.

The buxom substitute milkmaid isn’t knocking right now, so I can put this up.

This list is based off the 2009 U.S. magazine circulation numbers, as calculated by a company called ABC. It’s not ABC the TV network, chain of Hawaiian convenience stores nor urban boy band that was part of the East Coast Family, though — in this case ABC stands for the incredibly boring Audit Bureau of Circulations. (Chris, Mark, Red, Dave and Ro Ro must be rolling over in their graves.)

Their study only includes 640 magazines, so a lot of magazines don’t make the cut. That will be addressed throughout the list. Also, circulation is measured here by the average number of copies of each issue that is distributed — so 24 million means 24 million copies of the average issue get sent out (to paid subscribers, unpaid subscribers and newsstands).

These are 11 magazines whose circulation totals surprised me, either because I thought the number would be higher or lower. I did a list similar than this for top-selling video games and most people hated it. So we’re solidly in “Fool me once, shame on — shame on you. Fool me — you can’t get fooled again” territory here if this list fails. 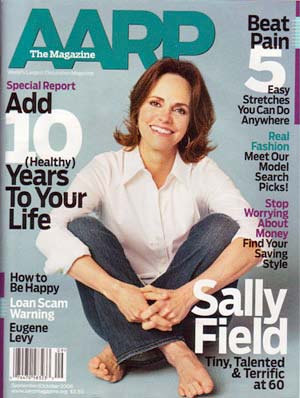 Yes, the most popular magazine in the country is the one that’s published and distributed by the Organization Formerly Known As The American Association of Retired Persons But Now Wants To Get Rid Of The Stigma Therein By Simply Going With Its Initials Like KFC And A.C. Slater Both Also Did With Moderate Success.

Also, I’m pretty sure that they just mail out a copy of this thing to everyone over 50 whether they want it or not. They’re like the Free AOL CDs and floppy disks of the retirement-age crowd. (At least, retirement age now. AARP isn’t going to be able to leech off my generation until we hit our 80s. Basically, going forward, whatever decade you were born in is going to correspond to the age when you can retire.)

I was only surprised by this because it’s also sent, by force, to every AARP member. So why is its circulation number 329,034 lower than AARP The Magazine? Did they count the numbers at different points… and in between those two time periods, 329,034 seniors passed on to the big Christian Shepherd funeral in the sky? That’s a pretty grim realization about death for me to come to looking only at magazine circulation numbers. 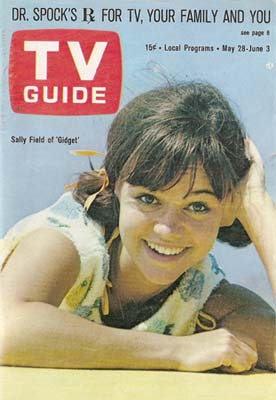 They say that about a quarter of Americans don’t have Internet access. I have trouble believing it’s that high… but I do believe that a Venn diagram would show a LOT of overlap between “Internet-less Americans” and “TV Guide subscribers.”

I just feel bad here. Time has 3.33 million and is the 14th most popular magazine in the country.

This isn’t a Coke vs. Pepsi or Dr. Pepper vs. Mr. Pibb situation anymore, it’s Dr. Pepper vs. a homemade mixture of molasses, club soda and prune juice.

Rachael Ray is, very insidiously, building a gigantic empire. You just wait. Before you know it she’s either going to be giving an entire audience free cars and having Tom Cruise ruin his career jumping on her couch… or she’s going to wind up going to a white collar resort prison for insider trading. (Empire-building women with popular magazines can really go in either direction.) 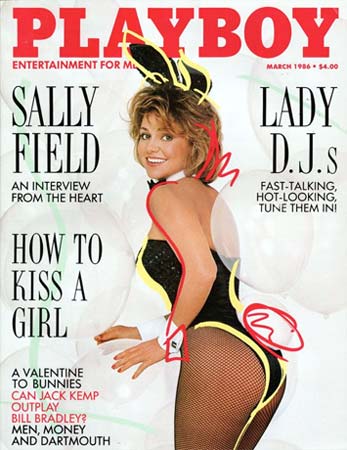 Pretty high, considering that now you can see naked women moving around for free on the Internet. I know the old “read it for the articles” joke, but really, this circulation only makes sense if at least some people are subscribing to read about the best types of gin for a wintertime martini and a pithy interview with Jay Mohr.

By the way, this and Penthouse are the only two nudie magazines that get rated in these measurements. Which I find ridiculous. Hustler should at least get some credit for innovating the rare use of a telephoto lens for a picture taken two inches from a Arby’s-approved vagina.

I guess no one has time to be pretentious during a recession.

This thing is collapsing. It’s now behind US Weekly (at 1.9 million) and Star (at 1.04 million)… and even In Touch (at 790,395). Some would say it’s TMZ, Perez Hilton and the other gossip bloggers fault that the Enquirer fell off… I think what really hurt the National Enquirer was when all of the mainstream media sources made a clandestine agreement to also start making up news. Back when it took two or three independent sources and/or verified facts to run a story, it was easier for the Enquirer to beat everyone else to press.

The only thing this means to me: My website gets several times more readers per month than Penthouse does. I guess I should abandon my plan to start every 11 Points list with “I’ve never written a list like this before, but that was before I was sitting at home the other day when there was a knock on the door. I answered the door and saw the regular milkman had been replaced. By a buxom woman. ‘Want some milk?’ she asked me, quivering.” 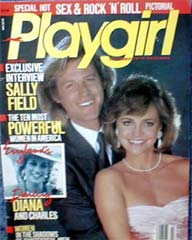 This finished in last place of all the magazines on the list. Fewer than 5,000 issues are distributed every month. Yet this gets included in the study and SkyMall, Playgirl, Nintendo Power and Blue Pants Weekly somehow don’t make the cut. The people who chose to include Diabetes magazine don’t have a leg to stand on.