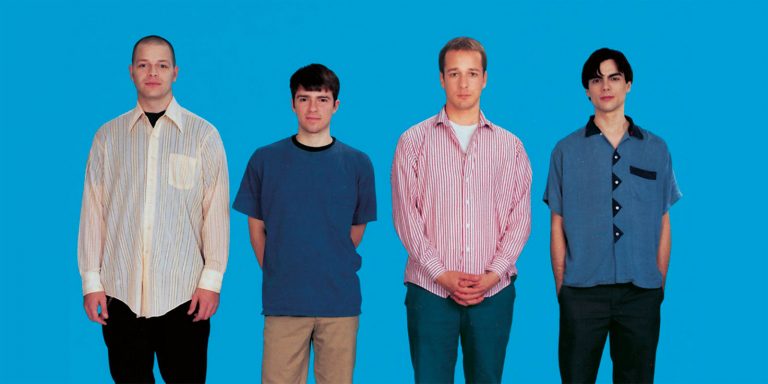 Believe it or not, Blink 182, Jimi Hendrix, the Grateful Dead and other hugely successful artists are all technically one-hit wonders.

The strict definition of a one-hit wonder is an artist or band who only has one song make the top 40 of the Billboard Hot 100 singles chart.

It doesn’t matter how well a person’s albums do, how many songs dominate the smaller niche Billboard charts (like top Country of Modern Rock songs) or, at least for our Yankee-centric view, how many top 40 songs the artist has had in other countries.

(Did you know Right Said Fred had SEVEN Top 40 hits in the U.K.? And I’m Too Sexy wasn’t even the most successful one, a song called “Deeply Dippy” was? Over there, I’m Too Sexy peaked at #2… here, it was Right Said Fred’s only hit and peaked at #1. The point of all this: We have to just restrict this to the U.S., because I certainly don’t have the anthropological skill to decipher what works for British ears.)

Armed with that knowledge, I went on a hunt to try to find some of the biggest, most successful artists that, technically, are one-hit wonders. I found far more than 11, but these were the stand outs. (I excluded “no-hit wonders”… I’m saving them for another list once I find a few more great ones.)

It’s amazing that an artist as influential and revered as Jimi Hendrix only had one song make the top 40. Even if his stuff was too edgy for mainstream audiences at the time, clearly a LOT of people were on board. (And all three of his studio albums sold in the top five. He just wasn’t getting the singles sales or airplay for his songs which add up to make the Billboard Hot 100 ranking.)

Purple Haze peaked at #65, Foxy Lady at #67, and neither The Wind Cries Mary nor Voodoo Child even made the top 100. I guess Wesley Snipes was right and Woody Harrison was wrong: White people really couldn’t hear Jimi.

I’m glad the White Stripes broke when they did, back before the economy became an excuse to do 49 things formulaic-ly mainstream for every one “art” gamble. In the climate today, it’s more likely that they would’ve been cast as the “troubled couple” on the Amazing Race than gotten a record deal.

Garth Brooks is the prime example on this list of someone who just murdered a niche Billboard chart — in his case, the country one — but never crossed over to the mainstream. He was, after all, from the final era of country singers who weren’t trying to crack through to the mainstream as Swiftly as possible.

To add exponential insult to injury, Garth’s only top 40 single was from that rock album he made under the pseudonym “Chris Gaines.” No song actually attributed to Garth Brooks has ever made the top 40. Ouch.

And yet, if I walked up to 90 percent of people I’ve ever known and said, “You take your car to work…” they’d respond, “I’ll take my board.”

This one surprised me a lot. Weezer songs that really SEEM like they got a lot of exposure … Buddy Holly, Say It Ain’t So, Hash Pipe, Island In the Sun … never even made the top 100.

It’s amazing with how ubiquitous Blink 182 became in the early 2000s that they never had another top 40 hit. I feel like there was a point where they had a song in every single teen or college comedy movie that came out for like an eight-year span. They probably came close to getting credit for scoring the American Pie franchise.

We’re rapidly coming up on the ten-year anniversary of when people were just crapping themselves left and right over Norah Jones. I think at one point she won so many Grammys that she could’ve traded them in for a Cash4Gold record of $22.

And that was when Don’t Know Why was on the charts. People have continued to buy her albums — her first three albums all made it to #1 and her fourth, last year, peaked at #3 — but none of her singles has broken through.

Even with the way they slapped the bass on Tom Sawyer it never got higher than #44. Meanwhile, Rush has sold more than 40 million albums worldwide — that’s Bodyguard soundtrack and Backstreet Boys Millennium territory right there, ya’ll.

She also had a top 40 hit years earlier when she was part of Big Brother and the Holding Company and they did Piece Of My Heart. But as a solo artist, just Me and Bobby McGee. But you know all this from the Jackie Jormp-Jomp movie (or at least that songs like Piece Of My Lung or Me and Robby McPhee were her hits).

I kinda feel like it might’ve been better for Iggy Pop to just go down in history without having any mainstream hits than for a song like Candy to make a token appearance. I mean, I left her off this list because I don’t think she qualifies as a “music superstar,” but Mandy Moore is also technically a one-hit wonder who had a big single called Candy. I shouldn’t be able to draw that tidy of a comparison.

Do I even need to tell you who gets the blame for holdin’ them down?