Animal style, the neapolitan shake, cheese fries and more battle it out.

My friend Ben from Philadelphia was in town for business for the fifth time this year last week, and noted that he knew he’d been coming to LA a lot because “[he] drove past In-N-Out Burger and didn’t have the urge to stop.” And he’s not wrong; one of the underrated signs of being a Los Angeles local is taking In-N-Out for granted.

Still, I wind up eating there virtually every time a guest is in, plus occasionally on road trips. Which, after a decade-and-a-half in Los Angeles, has made me something of an expert on their menu.

Now, their standard menu is famous for its dogmatic simplicity: Burgers, fries, sodas, shakes. But its not-so-secret secret menu figures out plenty of ways to twist, alter and remix those very basic components into magical new results.

Here are the 11 major items on In-N-Out’s secret menu (minus non-unique things like an Arnold Palmer or the lame, minor alterations like a double burger with a single piece of cheese) ranked from worst to best. 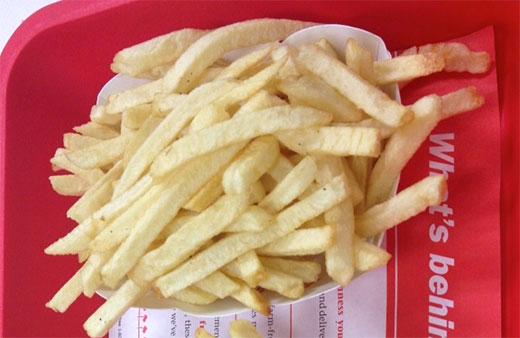 In-N-Out, while on the short, short list for best fast food burgers, is not particularly renown for its fries. They’re more likely to be described as “cardboard-y” than “delicious.” The best bet for maximizing them is a good amount of time in the fryer. Light fries — which are served with less than the standard frying time — are the polar opposite of that maximization strategy. They should never be ordered this way. 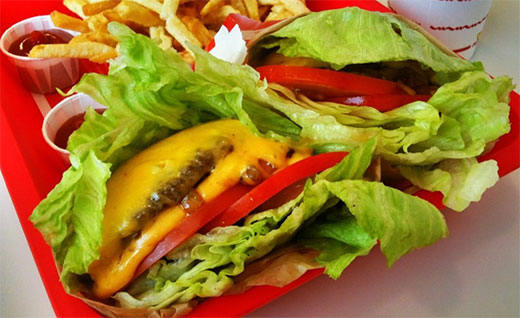 Protein style burgers are wrapped in lettuce instead of being on a bun. Admittedly, I eat my burgers exclusively this way, because as a resident of Los Angeles it’s a law that you have to employ some “healthy” tweak at restaurants to make your food taste worse. And hoo boy, they sure do taste worse without the bun. Lettuce wrapping is alright and will still allow for an In-N-Out fix, but one bite of the burger on a real bun will reinforce why Protein Style landed in second-to-last place. 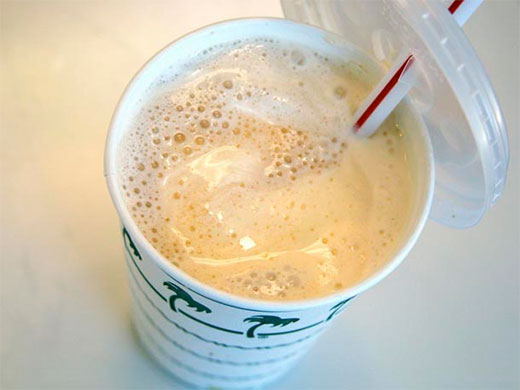 In-N-Out’s milkshakes are excellent. A root beer float removes about half of the excellent milkshake for the sake of so-so Barq’s. It’s a disappointing trade-off, especially since the root beer seems to drag the quality of the shake down. It’s like reverse synergy. 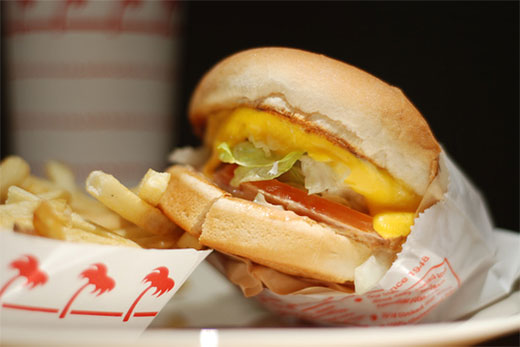 The photo looks awfully sad, and “sad” is not an inaccurate description. Without the burger patties, the presentation just looks and feels so light. Still, as far as fast food burger joint grilled cheese goes, this is among the better options — thanks to the flavors from the quality bun, spread and cheese. 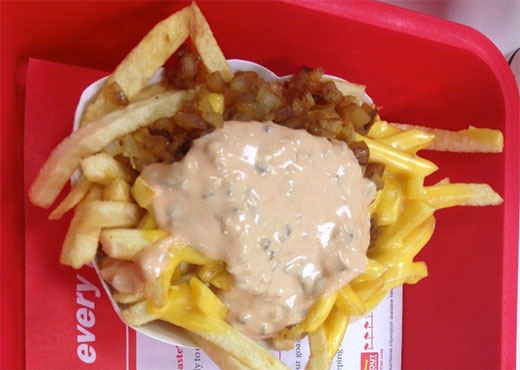 In-N-Out’s cheese coagulates quickly. So while it’s tempting to have the fries covered in cheese and possibly also spread and grilled onions, I’ve ranked these combinations surprisingly low because there’s not really savoring time. 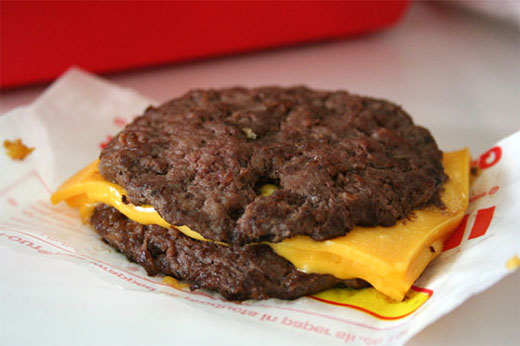 Arguably the coolest name of the secret menu items (depending on how much you like the concept of eating a food “animal style” and/or ordering things that sound like deviant sex acts), the Flying Dutchman is like Protein Style minus all the vegetables. Who needs those anyway, right? In this case, you literally just get a pile of meat and cheese. It’s so odd that over the past 20 years an item like this transitioned from “eww, heart attack!” to “oh, that’s a pretty healthy choice.” 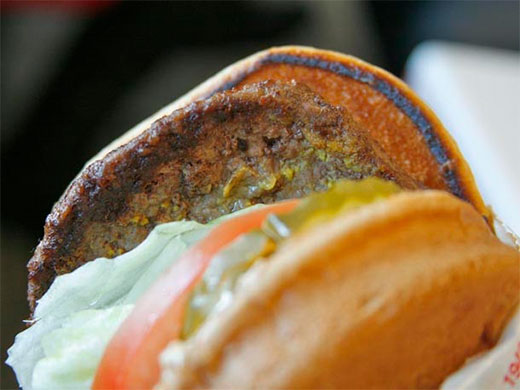 I hadn’t heard about mustard grilling at In-N-Out until a few years ago. And people SWORE by it. If you ask for a mustard grilled burger, the cook squirts mustard on the burger before flipping it on the grill. When I finally tried it out, it was pretty good — but certainly not life changing. Perhaps it was a victim of all the rampant evangelizing? The same thing happened to me when I finally saw Deadpool. Good, but not the transcendent experience it was built up to be. And it’s worth noting I’ve never remembered to order my burger this way since; I’d completely forgotten about it until I was putting together this list. 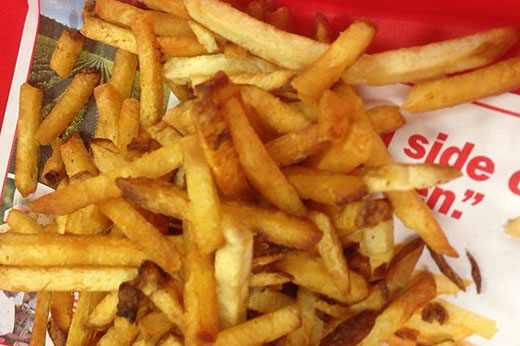 The best version of In-N-Out’s fries is the well done version; they really benefit from the extra time in the fryer. Down side: There’s a chance ordering well done fries will slow down your order and in the madhouse that IS an In-N-Out, sometimes you really just want to get your food and get the hell out of there. 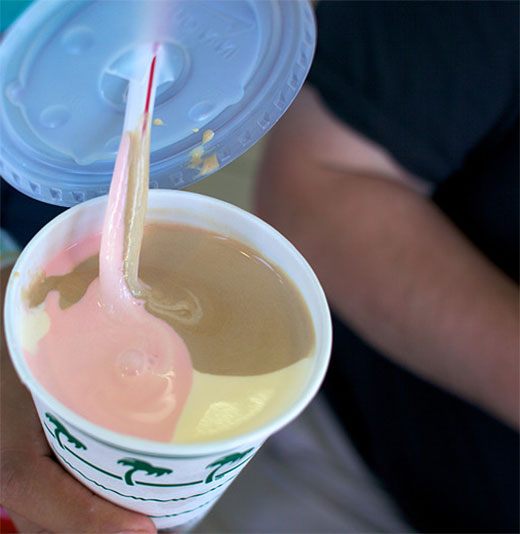 Combining all three flavors of shake into one cup works way, way better than it should. In fact, I think having all three of them together tastes better than any one individually. If there’s such a thing as a milkshake purist, I’m sure those statements would be tantamount to sacrilege, but I’m standing by them. 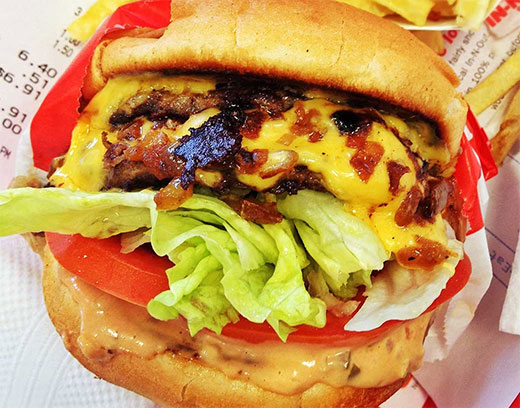 Perhaps the most famous secret menu order, Animal Style adds extra spread, grilled onions and pickles to a burger. After having an In-N-Out burger with those additions, one without them feels incomplete; I’m pretty sure Animal Style is the optimal way to eat at In-N-Out. 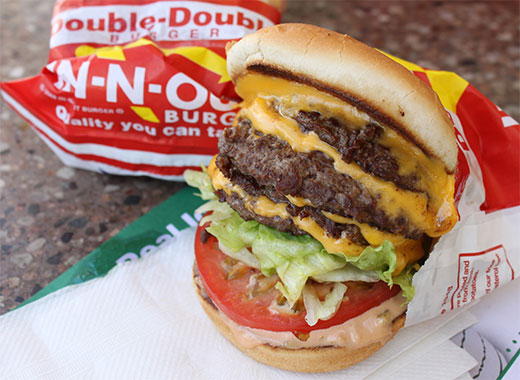 In-N-Out used to let you expand your burger indefinitely. 12×12, with 12 patties and 12 pieces of cheese? Sure. 20×20? 40×40? There was no limit. Then people started sharing pictures of their insane burgers on social media and In-N-Out decided to stop serving more than a 4×4. Which is absolutely worth trying if you’re super hungry. I’ve ordered it exactly once, at (perhaps) the most crowded In-N-Out in the world, the one right off the Las Vegas strip. That was like 12 years ago, and I still remember it — that’s how monumental it was to overdose on In-N-Out.