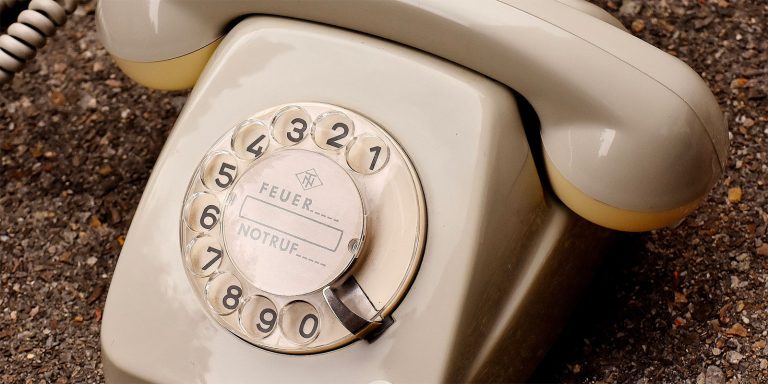 From “nights and weekends” to “page me” to “here’s a quarter, call somebody who cares.”

My guess is that a lot of people reading this have no idea what that is. For a brief window in the ’90s, companies found some phone system loophole. If you dialed their special number — 10-10-220 is the one that stuck in my head, but there were others — you would bypass your own long distance carrier for one that was theoretically cheaper.

As we were talking about it, I realized how confusing that speech would be in the future. Not because of the convoluted mess of numbers like 10-10-220… but because I’d also have to explain the concept of “long distance.”

I put together this list of 11 phone terms, besides long distance and 10-10-220, your kids will never know.

This is going to be a tough conversation the first time your kid calls a radio station trying to win concert tickets and hears a mysterious, unpleasant buzzing noise. A piece of their innocence will die on that day.

On this topic — why did Maroon 5 release a song called Payphone in 2012? Were they hoping the cassette single would sell well at Circuit City?

Seinfeld holds up *shockingly* well two decades later. (At least the humor does. The clothes, less so.) But a few of their plots are monumentally dated, and the one where Jerry uses his position on a woman’s speed dial to gauge his relationship status might be number one. In 2013, we no longer have that relationship barometer.

Which, yeah, is pronounced “thermometer.”

Not only will kids be unaware of collect calls, they’ll ALSO be unaware of the trick we used to do when we needed our moms to come pick us up from school — making a collect call but saying our name was “MomI’mDoneComeGetMeNow,” then hanging up before the charges started.

We used to say that only doctors and drug dealers still used pagers, but now I’m pretty sure even they’ve moved on to texting. It’s a lean time for the Beeper King.

That used to be such a good 2nd grade zing. Much more grounded than “Up your nose with a rubber hose” and much more poignant than “Say it don’t spray it.”

It’s weird not having to ask for someone when you call, since everyone picks up their own phone today. Or, more accurately, no one picks up their phone, and then you send them a text. The odds of the wrong person actually answering a call are astronomical.

That’s the sound of a modem, for those not versed in random strings of letters. I’m not sure future generations will understand how we sat there listening to 60 seconds of horrifying screeching just so we could use our tightly regulated America Online minutes. This HAS to be the “I walked uphill to school both ways in canvas shoes” of Gen Y, right?