People have been trying to make Christmas sexy forever. It just doesn’t work.

Is Christmas the sexiest holiday of the year? Absolutely not. But there seems to be an inclination to make Christmas all things to all people, and since “sexiest holiday” falls under the umbrella of “all things,” sometimes that classification is bandied about. Even if, at its original core, Christmas celebrates the birth of the one human born through a method other than sex. (Or, I guess, in vitro.)

I collected these 11 pieces of visual proof that Christmas and sex are an awkward mix. Let’s see how long I can go without making a super lazy ho, ho, ho pun. 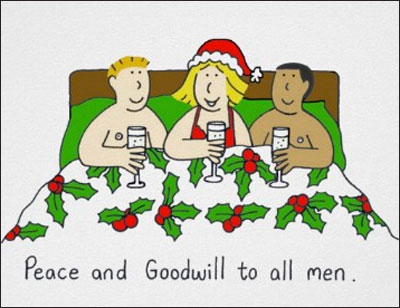 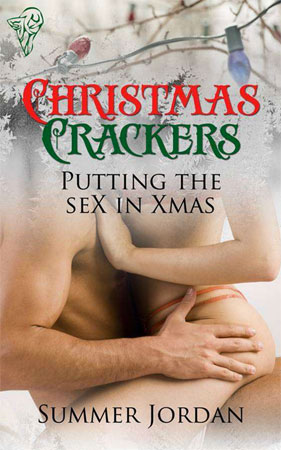 I’m sure the book is a brutal read, but what *really* makes it unsexy? The egregious swing-and-a-miss on the “putting the sex in Xmas” tagline. 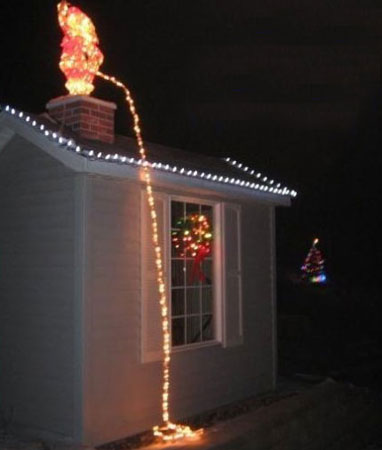 Sure, on the surface Santa peeing isn’t really sexual… but what if I told you this house was in Germany? 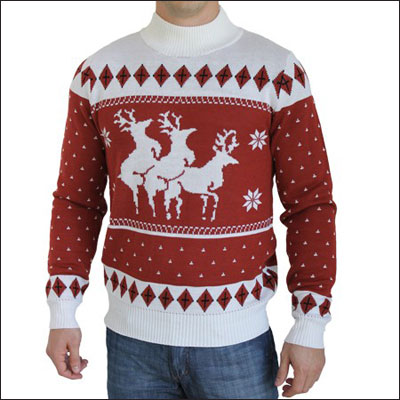 This Christmas sweater is amazing, but it’s hipster amazing. It’s not going to work for the family’s trip to Sears Portrait Studio (or the Try-N-Save) to take festive photos.

[Censored, sadly. Check it out here.]

I am most bothered by the fact that the Tuggie looks Photoshopped on… and poorly at that. It’s all polygonal, like this guy’s penis was being rendered on a Nintendo 64. I suspect the real product doesn’t look anything like that. Also, on a more macro level, I am disappointed this product even exists. 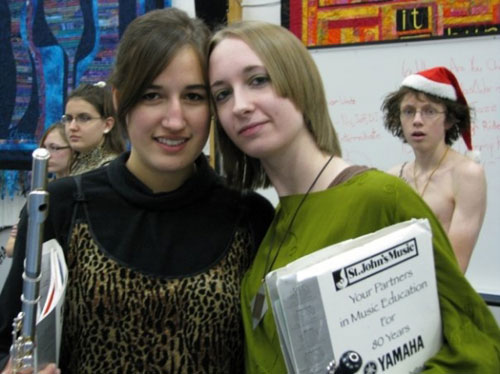 I know it’s counterintuitive to what the Liberal Media and its pro-body dysmorphia agenda tells us, but this photo proves that our current chubby Santa actually IS less jarring than a super skinny Santa.

There are a surprising number of “sexy” Christmas costumes, and this one flops the worst. It’s supposed to be a sexy reindeer. Instead it looks like the Bride of the Minotaur.

8 | Merry Christmas from the Jersey Shore 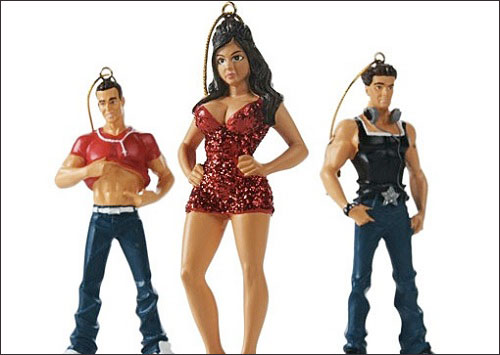 Yes, of course, these Jersey Shore ornaments are supposed to be sexy and are not. You know what else isn’t sexy about them? The people selling them somehow completely missed the obvious name for them: Jersey Shornaments. How do you not see that? Didn’t anyone say the name of the product out loud? The least sexy thing you can do is deprive the world of phenomenal new portmanteaux. 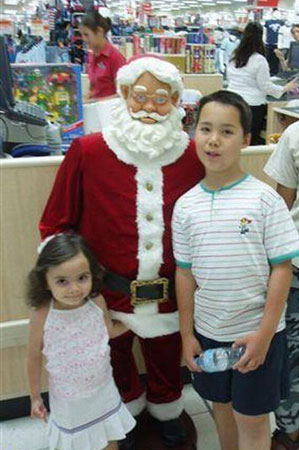 Let’s all just assume Santa is in the same genus as a Ken doll. It gives this picture much less traumatic implications. 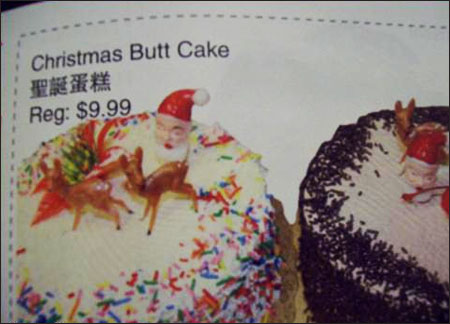 What if this isn’t just a traditional mangled English translation or a near miss on “bundt” and, instead, Santa’s actually buried in the cake bottomless. That would be excellent.

Yahoo Answers: Asking the questions you never knew you should be asking since 2005.