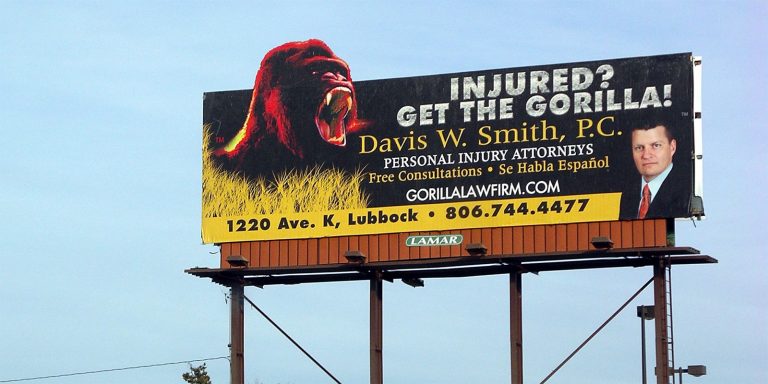 Not every attorney goes for professionalism in advertising.

I was recently speaking with a friend who’s a lawyer — which narrows it down to, oh I don’t know, 45 percent of my friends — and he was talking about the billboards he has on a few freeways here in Los Angeles. “They pay for themselves in like two days,” he said.

His billboards are simple: Just what he specializes in, his name, location and phone number. Would the billboards be even more effective if he got a little — or a lot — more ostentatious with them? Would they pay for themselves in one day? Common sense would say no, people want an attorney who projects professionalism, dignity and gravitas. But the evidence below would say… um… well, clearly there’s some discernible benefit to getting bold and weird. Otherwise, why would people keep doing it?

Here are 11 photos I’ve collected of strange, comical or poorly-designed billboards for lawyers. 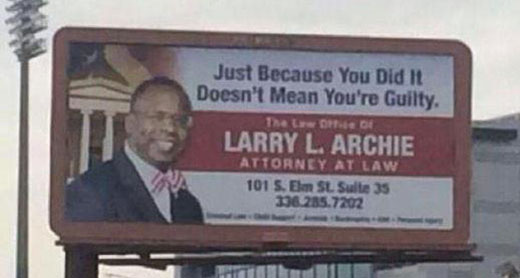 The slogan above is a perfect nine-word summary of exactly why lawyers get a bad rap. 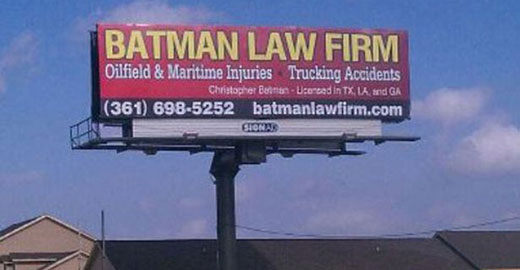 I’m sure Christopher Batman feels fulfilled with his career in blue collar workplace accidents, but you have to feel like he had some other calling in life. 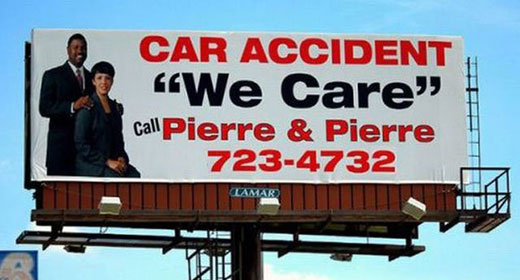 I’ve always had a love of misused quotation marks — and Pierre & Pierre are certainly worthy of joining that list. I know they’re trying to say they care, but that’s definitely not how it comes across. (Also, care enough to put the area code in front of your phone number. Just in case one day your billboard leaves its small town to be seen around the Internet.) 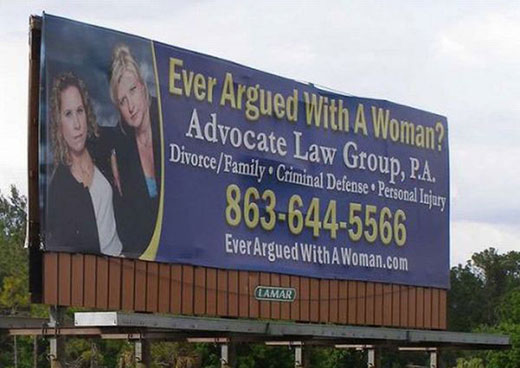 Interesting decision here, selling out your gender to take advantage of a stereotype. That decision does, however, make me feel emboldened to say they really do look like some tough broads. 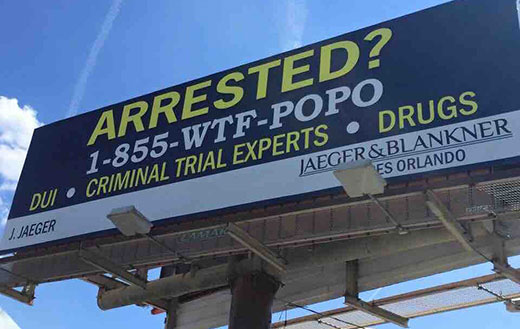 I find the phone number more condescending than catchy, but WTF do I know?

I know Tampa/Gasparilla has a whole pirate thing, but this guy really went all-in on the costume. (Not to mention the awkward slogan. Shouldn’t it be “Arrrrrrested?”) If you’re going to dress up as a pirate lawyer, maybe go subtler with it. Like, say… 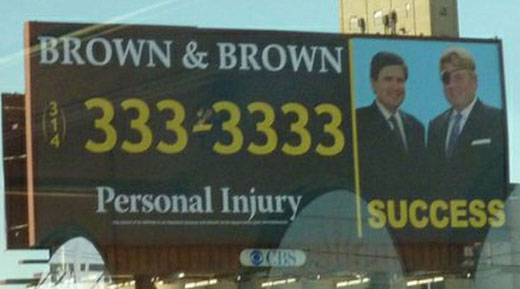 Well, I don’t know if it’s a subtler pirate gimmick or he’s wearing the patch because he’s missing an eye or just had surgery or what. But I just can’t look away, no eye pun intended. Also, I love this billboard because if you just isolate the right third of it, those two gomers with the word “SUCCESS” would make for a hell of a motivational poster. 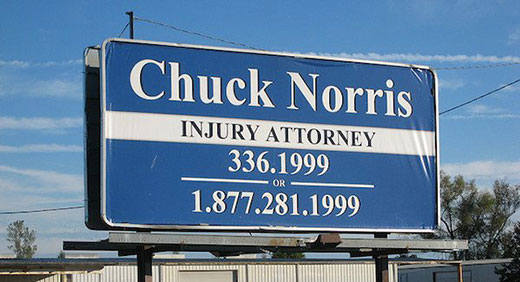 I know, logically, that it’s not THE Chuck Norris, but the “2008 meme” part of my brain disagrees. “Chuck Norris doesn’t try cases, he succeeds at them.” 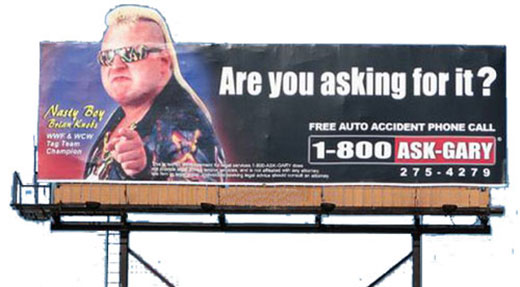 For those unfamiliar with ’90s pro wrestling (how dare you?), the gentleman pictured on this billboard is former WWF tag team champion Brian Knobbs of the Nasty Boys. He achieved moderate fame in his pro wrestling career. He is not an attorney. He simply the “celebrity” endorser of the injury attorney at 1-800-Ask-Gary. And I’m not sure if I could think of a stranger person to pick for an endorsement.

So wait… IS the gorilla really an attorney?

11 | Don’t hire a lawyer just from billboards or TV

Hire one who’s only on billboards?