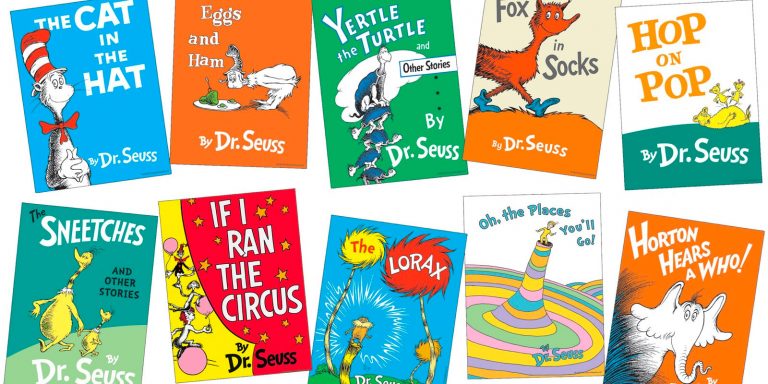 In honor of the 50th anniversary of Green Eggs and Ham, here’s some trivia about Dr. Seuss’s most famous books.

Kids like me. My name is Sam Greenspan and I’m Jewish. There are so many directions to go when trying to connect me to Green Eggs and Ham that, usually, people just gave up because of their circuits overloading.

Anyway, I’m an adult now basically and willing to look past our previous differences. So I researched the 11 best selling books of Dr. Seuss’s legendary career… put them in order for this list… and found some random trivia fact (or drew some wild conclusion) about each of them. 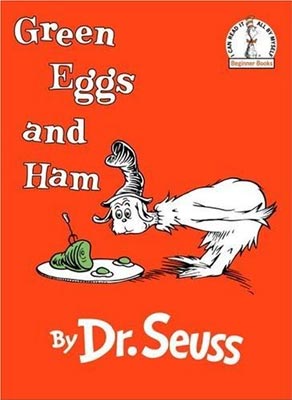 Seuss won a $50 bet with his publisher by writing this book using only 50 words. Forty-nine of them are one-syllable words (only anywhere extends into multi syllable range).

Using the standard Flesch-Kincaid Grade Level formula, the short sentences and even shorter words put Green Eggs and Ham at a -1.3rd Grade reading level. That’s correct. It’s like the minus world of Super Mario Bros. 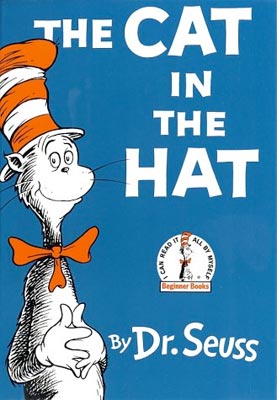 In countless pieces of literary criticism and academic papers, The Cat has been considered a Christ figure — he arrives suddenly; turns the world upside-down; performs some miraculous tricks; can’t win over everyone (the fish here, ironically); and leaves the impressionable flock permanently changed.

Then again, people regularly spot Jesus in grilled cheese sandwiches, so take that for what it’s worth. 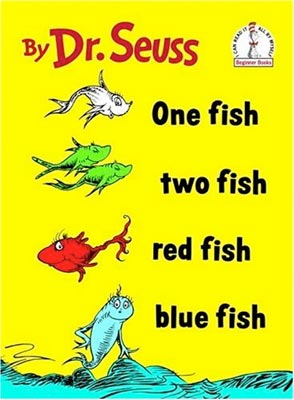 There’s a portion of this book that reads:

Bump! Bump! Bump!
Did you ever ride a Wump?
We have a Wump with just one hump.
But we know a man called Mr. Gump.
Mr. Gump has a seven-hump Wump. So…
If you like to go bump! bump!
Just jump on the hump of the Wump of Gump.

Yep. You’re right there with me thinking the Black Eyed Peas totally ripped off Dr. Seuss. 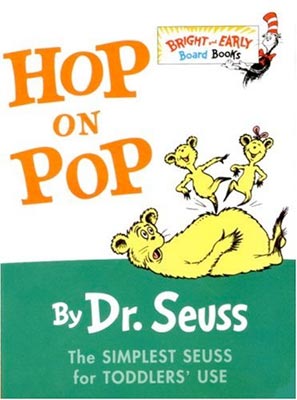 According to an interview with Laura Bush, this was one of the Bush family’s favorite books… and George used to read this to their daughters.

[Insert joke about them having to read more complicated books to him, like Goodnight, Moon.]

[Then insert Barack Obama joke about making sure everyone gets an equal chance to hop on pop, regardless how much each individual has worked to earn his share of pop hopping capital.]

According to Publisher’s Weekly, this remains one of Seuss’s best sellers, mostly because it’s evolved into a go-to graduation gift. I know I personally received two copies of this for my high school graduation. And four years later, after college, I was thankful… because they made such great kindling to keep me warm when I couldn’t get a job. 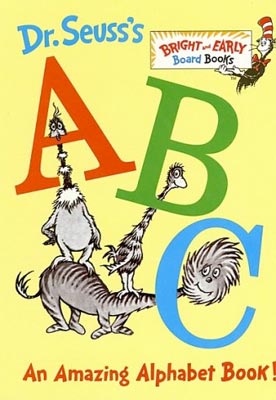 It’s a good way to introduce your kids to the alphabet. But, coming from my linguistic nerd perspective, the title is an even better way to introduce them to the concept of a contraction with three consecutive appearances of the letter S. Not only does it prepare them for the joys of punctuation, saying Seuss’s enough totally eases them into appreciating one of the Phil Collins masterpieces.

This was supposed to be a movie but, after Dr. Seuss’s widow saw what Mike Myers and company did with the first Cat In the Hat movie, she pulled the plug. 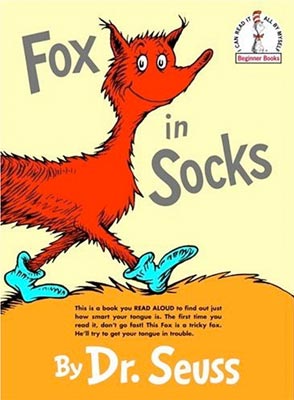 For a brief period, this book was considered the most complicated tongue twister ever. (I tried saying it out loud last night but I got about eight words in, where he has a line about Chicks with bricks… and I started laughing and gasping and that was the end of me.)

The Guinness Book of World Records now says that the most difficult tongue twister in English is “The sixth sick sheikh’s sixth sheep’s sick.” Meh.

9 | How the Grinch Stole Christmas 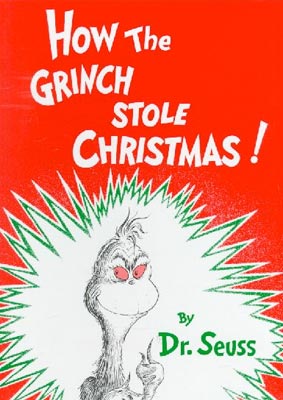 The singer who performed the famous You’re A Mean One, Mr. Grinch theme song is a guy named Thurl Ravenscroft. (I guess we know which Harry Potter house he’d end up in.)

He was also the voice of Tony the Tiger. I wonder how Frosted Flakes taste if you cover them with arsenic sauuuuce.

Purely anecdotal here… but if any book deserves at least partial credit for making three generations of American kids grow up completely self-absorbed, with disproportionately high self-esteem and senses of entitlement… it’s got to be the one called My Book About Me (By Me, Myself). Even De La Soul thinks that title is self-absorbed.

This definitely sounds like the title of a Tyler Perry movie.