11 Random Facts About the 2012 Mayan Apocalypse 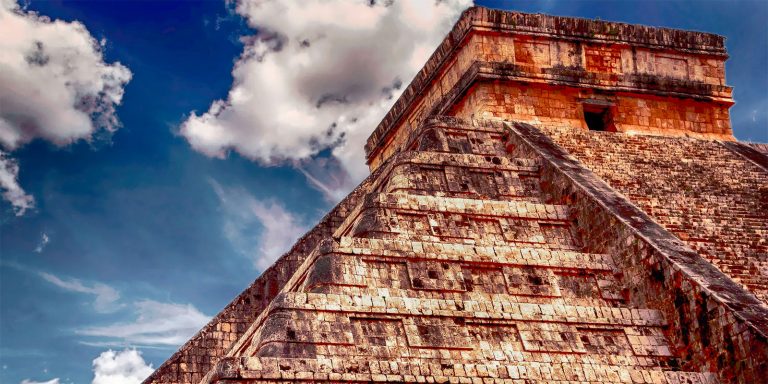 The Mayans predicted the world would end this December. Or did they? I dig in.

It’s 2012 and you know what that means: The world is ending! Sort of. Maybe. Probably not.

I’m a sucker for apocalyptic predictions — I used to read Nostradamus for pleasure and I’d kiss Harold Camping on the mouth for the fun he provided last year — so the Mayan 2012 prediction falls in nicely. I thought this would also be a good time to do a little myth busting on the subject; before I started reading on it, the extent of my knowledge was “the Mayans say the world is ending this year” and that just can’t suffice.

Here are 11 random facts about the Mayan apocalypse, currently scheduled for December 21st, 2012. So crack a bottle, let your body Quetzalcoatl.

There’s nothing in Mayan texts that specifically says “The world is ending on December 21st, 2012.” That’s just when the long-form version of their calendar runs out. The Mayans believed time isn’t linear, like we do, they believed it’s cyclical. Kind of like the record player theory on season five or six of Lost. (Or maybe not. Maybe they were literally talking about an enchanted record player. Lost was so convoluted at that point.)

And at the end of this cycle (the 12th cycle), life and society as we know it will be wiped out to start again fresh. But none of the texts ever say, “Yeah, come December 21st, 2012, you are all effed. So use your gift cards now.”

2 | The prediction does not say the world is ending

This is another misconception. The prediction doesn’t foresee the planet blowing up. It foresees widespread disasters that will probably cause an ice age that changes life, civilization and society. And it views that as a necessity, because after a while, society makes enough mistakes and causes enough damage to the Earth that it needs to regulate.

The world doesn’t need to be destroyed, the world needs to be rebooted. It’s not like hitting “reset” on the Nintendo, it’s more like holding the power button while you hit reset to make sure Zelda or Baseball Stars retain your data while you start this particular game over.

(Random disaster movie fact: Roland Emmerich directed The Day After Tomorrow AND 2012. He also directed Independence Day and Godzilla. If the world does get hit with a million simultaneous disasters, is it possible his expertise is our best chance at survival? And if you think “he’s a movie director, he can’t save us,” just remember that in Armageddon you bought into the idea of a group of oil drillers being sent to space to blow up an asteroid.)

This is one of those arguments against the apocalypse to be used on people who don’t want to hear things like “science.” If the Mayans really did know that 2012 was the day the world would end, wouldn’t it get more than a fleeting mention?

We’re used to our End of Days predictions taking the form of “repent now, ye sinners.” The Mayan prediction actually skews more toward science. They were brilliant astronomers and mathematicians, and the prediction is rooted in centuries of observation and data about the shifting of the stars and the Earth. It’s not like when Homer Simpson started pulling random numbers out of the Bible and using them to formulate a doomsdate.

That being said… the 2012 apocalypse has also taken on some strong New Age-y components because it’s not just astronomically-based, it’s also astrologically-based. Plus all the ideas about it being a rebirth and a rexamination of mankind and such is just a perfect conversation topic while listening to a white guy with dreadlocks play a sitar.

There are plenty of theories why the Mayans predicted the end for 12/21/12, but this seems to be the one that blends everything together the smoothest.

On December 21st, 2012, the day of the winter solstice, the Mayans saw that the Earth would line up with the sun directly blocking the “center” of the Milky Way. And the New Age philosophers believe when we’re eclipsed from that center, we’ll briefly be deprived of the energy we get from the universe. Which is glibly analogous to the old clocks on the VCRs — once we get the energy back, we’ll still be around, but we’ll be cleansed and reset and flashing 12:00.

And NOT just because North Korea vehemently rejects everything. 2012 is an important year to the North Koreans because it would’ve been the 100th birthday of Kim Il-sung — the Kim who founded the country. And the North Koreans have always believed on that 100th anniversary, it would finally be the moment when North Korea ascends to become the world’s most powerful country.

So anything disparaging about the year 2012 is banned in the country outright. The movie 2012 was no exception, and apparently some people in North Korea were even arrested for having pirated copies of the movie.

8 | In Tulum, in the Mayan Riviera, there’s a group of Italians constructing a bunker. And also, apparently, a popular nudist resort

According to reports, a group of Italian believers have been in Tulum, in the Mayan Riviera in Mexico, secretly constructing a bunker where they’ll wait out the apocalypse.

Only when I Googled “Tulum, Mayan Riviera Italians” to try to get a second source of confirmation, the first link was to an all-inclusive “adults only” resort in Tulum. Perhaps these Italians figured that if the world has less than 12 months left, they sure as hell aren’t going to waste those months wearing pants.

Not necessarily a real fact about the Mayan apocalypse — but I guarantee in the eight billion stories written about this topic this year, I will be the ONLY person who hits on this angle.

Now that they’re not as busy as they used to be, NASA has set up an entire page debunking the 2012 prediction. They get deeper into some of the subcategories of the 2012 apocalypse that I’m not going to delve into here (colliding with another planet, solar flares, a meteor hitting Earth) — and, unfortunately, seem to venture into full-on Lady Doth Protest Too Much mode. China better ignite Space Race 2.0: Hotel on Mars soon because NASA is bored.

10 | According to The X-Files, the day after the apocalypse is when aliens will finally take over Earth

We know this because Mulder confirms it. Basically, in The X-Files, the theory was that aliens would come the day AFTER the apocalypse because they’d want to take over an empty Earth. And I think we all know better than to doubt The X-Files. I don’t want to end up with a shirt that says Sam Is A Dope.

Like every apocalyptic prediction, there’s some wiggle room on the date. That always makes things a little smoother when the day comes and goes and we’re all still here.

The Mayans didn’t use the modern Gregorian calendar, obviously. So modern Mayan scholars have had to translate their calendar system (based roughly around years featuring 13 months of 20 days) into our system (a bunch of months that are a bunch of different lengths). December 21st, 2012 is the most common conclusion for the apocalypse, but other dates — including October 28th, 2011 and March 31st, 2013 — are also in play. In other words: If you put off your Christmas shopping this year because you want to see if the world ends or not, you may also find yourself putting off your April Fools’ Day shopping next year.