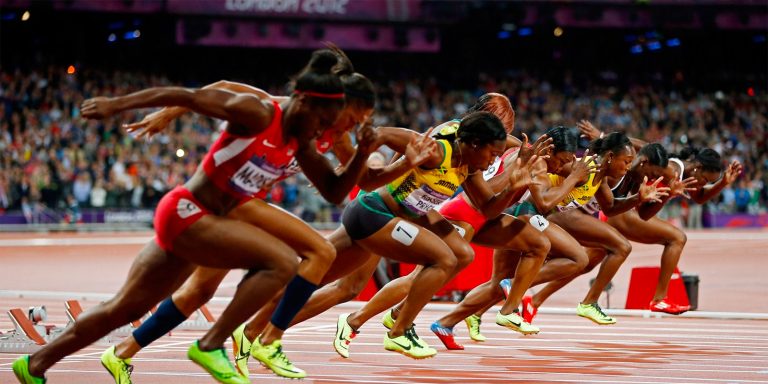 The first Olympics gave silver medals to the winners, China didn’t win a medal until 1984 and more random trivia as these Olympics wind down.

Unless I get hit by some shot of absolute brilliant inspiration, this will be the last of my Olympics lists. And it’s really quite a catch-all.

Here are 11 interesting, weird, obscure or just flat-out strange facts about the summer Olympics. (Not including the weird Olympic sports that used to exist; I’ve covered those previously.)

1 | Gandhi once covered the Olympics as a newspaper reporter

The 1932 Olympics in Los Angeles. I have no idea why, since it was right during his civil disobedient prime. But he did.

2 | The Olympic rings cover every flag in the world

They picked yellow, green, red, black and blue because at least one of those five colors appears in every flag in the world. (The five rings also allegedly represent the five continents of the world. But wait, you’re saying, aren’t there seven continents? Yes. But the Olympic committee has spun things to try to appease everyone. The way they’ve condensed the world into five continents: America, Asia, Africa, Europe and Oceania. Sorry, Antarctica. And apparently, we’re now continent mates with Uruguay and Colombia. Cool.)

It’s impossible to picture now, but a black athlete didn’t win the marathon until Abebe Bikila of Ethiopia did it in 1960. And he did it barefoot.

At this Olympics, Usain Bolt set a new world record, running the 100 meters in 9.69 seconds. And he kinda slowed down at the end.

No white person in history has ever run the 100 in under 10 seconds. The closest was Marian Woronin of Poland, who ran it in 10 flat… 40 years ago.

There’s no count on just how many black athletes have broken the 10 second mark, but it happened first in 1968, and seems to have happened (at least) several hundred times since.

The 1912 Olympics was the last time that gold medals were solid gold. Ever since, they’ve been silver with gold plating.

In 1896 in Athens, first place winners got a silver medal and an olive branch. Second place got a bronze. Third place got nothing. (Not even the yellow participation ribbon?)

7 | In 1900, in France, winners got paintings instead of gold medals

Gold, silver and bronze medals weren’t given out until the third modern Olympics, in 1904. The French gave the winners paintings because they believed they were more valuable.

At the 1968 Mexico City games, Hans-Gunnar Liljenwall, a Swedish pentathlete, was suspended because he tested positive for a banned substance. That substance: Alcohol. He drank several beers before the pentathlon… which was against the rules… so he was suspended.

Frankly, he should’ve been applauded for attempting to do the pentathlon drunk. 99.999999999 percent of the world couldn’t even do it sober.

It’s hard to believe now, since China seems to be a medal-winning monolith (sure, they may be getting it done by making death threats to judges’ families and pets, but, hey, winning is winning). But China didn’t get its first Olympic medal until 1984.

In 1908, the London Olympics went on for 187 days… they started in April and didn’t end until October.

That’s a LOT of time for human interest stories. Has anyone else noticed that lots of Olympians have had to overcome things?

The youngest Olympian ever was Dimitrios Loundras, a Greek gymnast in the 1896 Athens Olympics. He was 10.

(I’m not sure when they started imposing age requirements. Although, as we’ve learned, age limits don’t mean much when a government is willing to doctor a birth certificate to say anything.)

The oldest Olympian ever was Oscar Swahn, a Swedish shooter in the 1920 Antwerp, Belgium, Olympics. He was 72.