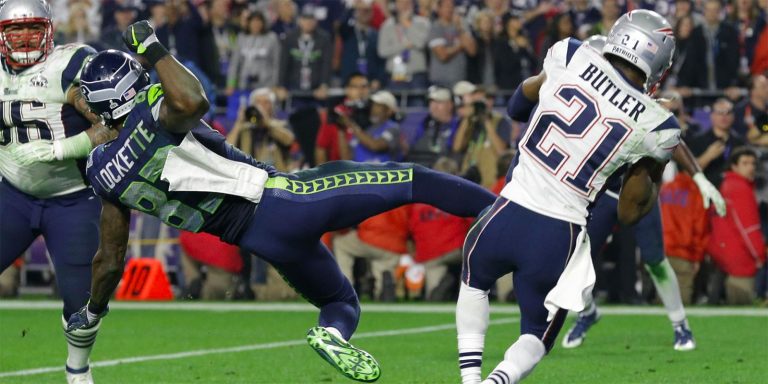 I put $121 on Super Bowl prop bets about Phoenix weather, Bill Belichick and Katy Perry’s attire, Groundhog Day, gas prices and more. How did I do?

Last week, in advance of the Super Bowl, I put real money on 11 prop bets for the sixth year in a row. And as always, now that the results are final, it’s time to check in and see how my annual $121 investment fared.

I was looking for a big bounce back after last year, when I had my worst performance ever and lost $30. After all, by this point, I should be able to apply past years’ lessons to make this year’s bets stronger, right?

Here are the results of the 11 weirdest Super Bowl XLIX prop bets, all of which I actually made.

1 | How long will Idina Menzel take to complete the National Anthem?

I always bet the over on Super Bowl National Anthem performances, and it has served me well almost every time. The bet looked bleak for a moment here, as Idina Menzel plowed through various parts… but a long, drawn out final made it a photo finish. She wound up going two minutes, four seconds — and I bet the over on two minutes, 2.5 seconds. Great win to start. The odds on the bet were even.

2 | What will the top temperature be in Phoenix for the entire day?

I did quite a bit of research into this one and wound up deciding that the forecast of 70 degrees was a little optimistic; history suggested the temperature for the day would be between 66 and 70. I bet that at +230 — and got it for a monster payoff. The maximum temperature for the day was 69 degrees; back-to-back nail biting wins and I’m off to a roaring start.

3 | Will Bill Belichick wear a hoodie with sleeves or cut/no sleeves?

My research found that the last time Belichick coached in a game where the weather was right around 70 degrees, he went no sleeves. Belichick screwed me here — just imagine how many people have said that sentence — and showed up with full sleeves.

4 | What song will Katy Perry sing first at halftime?

Roar was the favorite, probably because Katy Perry opened every show on her most recent tour with it — but I thought she’d do something different for the once-in-a-lifetime Super Bowl show. She… did not. Katy Perry came on out, jumped right into Roar — not Firework like I picked — and lost me $11.

5 | Will Katy Perry show cleavage during the halftime show?

There wasn’t cleavage at first, but once Katy Perry switched into her Hot Dog on a Stick outfit, I was slightly richer. And I DO mean “slightly.” The odds were -800, so I only won $1.38 on my $11 bet.

6 | How many times will Gisele Bundchen be shown on TV?

I learned the hard way many years ago that you always take the under on this. The broadcast never seems to focus on the famous wives and girlfriends of the players, showing them at most once. And that historical knowledge proved correct again. I didn’t see Gisele shown even once during the game — not even during the montage of celebrities in the crowd — and the bet paid. Unfortunately it was only at -140, so I won $7.86.

7 | How many times will “deflated” or “deflate” be said during the game?

I reasoned that the broadcast would touch on the deflated balls “scandal” but not harp on it too much. Historically I’ve found that during the game, the commentators really try to keep the focus just on the game and not any of the Super Bowl week outside distractions. So I bet it would be under three mentions (although I thought a push was probable) — and nailed it. I only caught one mention, there may’ve been a second, but I know there wasn’t a third because the bet paid at even odds.

8 | Will Marshawn Lynch celebrate a touchdown by grabbing his crotch?

9 | Will Bill Belichick smile on camera during the game?

I said there was no easier bet on the board than Belichick refraining from smiling, as it’s quite possible he is incapable of that particular facial expression. And I was correct. I bet no at -180 to win $6.11 — and clinched a winning record on this year’s bets.

10 | What will be higher: Russell Wilson’s passing yards (-17.5) or the U.S. national average gas price (in pennies) on Monday, February 2nd?

This was a convoluted bet because of the spread. The national average gas price yesterday was $2.056. That meant Russell Wilson, with the -17.5 spread, had to throw for at least 224 yards to win. He threw for 247, so he covered (and I lost).

By the way, if Kearse doesn’t make the juggling catch in the final minute of the game for 33 yards, I would’ve won. And if the Seahawks had won, it would’ve gone down as one of the greatest plays ever.

I bet on the Seahawks to win (oops) and Punxsutawney Phil to see his shadow (yay). But half of a parlay is not a victorious parlay, so this was a very sad loss.

So after all that, I won $7.75 this year. I feel like one of the Biggest Loser contestants who puts in all this time and effort and loses one pound for the week. You have to say, “Well, it’s better than nothing,” because that’s true — but mostly, you’re like, “Kehm ahhn.” Yes, it’s much better than last year’s $30 loss, but still not exactly life changing. Or even hour changing.

After six years of making these bets, my grand total is… I’m down $26.71. We’re almost getting to the point where I have to start adjusting that for inflation. Looking forward to doing it again next year.