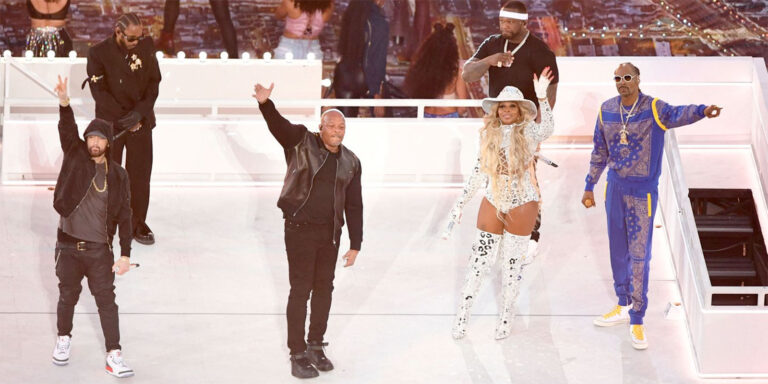 How did I do on my 14th annual Super Bowl prop bets for real money?

I was feeling, dare I say, good about my Super Bowl LVI prop bets when I made them last week. Sure, my performance in my Super Bowl prop betting has been trending down, but I thought I had pretty solid rationale for all of my bets this year.

So how did I do? It’s time for some accountability.

1 | How long will it take Mickey Guyton to sing the National Anthem?

Even though my policy is to always bet the over on anthem length — and that policy has served me well for my decade-and-a-half of making these bets — I decided to bet the under this year. I based that decision on videos I found of Mickey Guyton’s prior career anthem performances.

2 | Will Joe Burrow be compared to Macaulay Culkin?

I doubted the broadcast would make the Burrow-Culkin comparison, but the odds on “no” were -2000 and the odds on “yes” were +700, so I talked myself into the yes.

The broadcast, obviously, did not compare Joe Burrow to Macaulay Culkin. And unfortunately, during the very brief montage of celebrities in the crowd, the camera did not show Macaulay Culkin. (Either because he wasn’t there or wasn’t A-list enough, at least in NBC’s incorrect opinion.)

3 | What will be shown first during the game?

And I got one right! NBC used some B-roll of the Griffith Observatory with the Hollywood Sign in the background during the first quarter of the game. In fact, even after they showed dozens of L.A. landmarks, I’m not sure I ever spotted the Walk of Fame.

4 | Will a player do the Ickey Shuffle?

The odds on this bet were fascinating; there was a better payout for saying no player would recreate the dance of the famous Cincinnati Bengal Ickey Woods. I jumped all over that. And it turned out to be the correct call. Without all that many touchdowns and players choosing to do their own thing on their celebrations, the Ickey Shuffle’s only appearance at the Super Bowl was when Ickey Woods performed it on the Sofi Stadium video board in the pregame.

5 | What will be said first during any commercial?

With anticipation of several crypto-focused Super Bowl commercials, a prop bet offered odds on which word would be said first: Bitcoin, metaverse, NFT, or Ethereum. I bet on NFT at +500.

There were, in fact, quite a few crypto-focused commercials during the Super Bowl. But they were all so focused on looking futuristic, selling FOMO, and daring us simple folk to imagine the endless possibilities of the future that, well, they forgot to mention crypto.

The first time any of the above four words was mentioned was Salesforce’s commercial in the 4th quarter, where Matthew McConaughey drawled “metaverse” and I lost my bet.

As per usual, Anheuser-Busch ran a ton of Super Bowl commercials. I bet (at +400) they would go with their Big Lebowski-themed Michelob Ultra ad first.

Instead, they used their first ad slot to promote their newest product, Bud Light Next. Note to self: This is the second time in four years that A-B has used its earliest commercial slot to promote a new product. I’ll bet accordingly next time.

7 | Which artist will perform first at halftime?

My rationale for picking Dr. Dre was spot on. I figured he’d be the focus of the show, starting it and then concluding it. I also figured they’d open with California Love (which came second).

And while Dr. Dre was the first performer shown on screen for the halftime show… the first words came from Snoop Dogg. “La-da-da-da-dah” came out of Snoop’s mouth — even though the camera remained on Dr. Dre — and I came so close, yet so far.

8 | Will Snoop Dogg smoke on stage?

I reasoned my way through how many of the headliners would wear sunglasses during the Super Bowl halftime show, ultimately deciding it would only be Snoop Dogg.

Then Kendrick Lamar put on sunglasses for this performance as well. Tough loss, as all of the evidence I found pointed toward him being a “no sunglasses” performer. Then again, this concert was during daylight unlike most Super Bowl halftime shows, so perhaps they were more for function than aesthetic.

10 | How many commercials will have a dog in them?

The over-under on dogs in commercials was 6.5 And it was close… but fortunately for my “under” bet, robot dogs don’t count. There were six commercials with dogs in them during the Super Bowl, giving me a squeaker win for $8.46.

11 | Which will be higher: Biden disapproval rating or total Super Bowl points?

I bet the Super Bowl would be a high-scoring affair with two (theoretically) high-powered offenses. Then there was no scoring for about a 20-minute stretch in the second half and… well, President Biden couldn’t catch up.

The president’s average approval rating was 53.1 percent; the Rams and Bengals combined for 43 points.

This was a slight bounce back from last year, when I went 3-7-1 and lost $52.57. That remains my worst performance ever, but this is my second-worst financial performance and tied for my second-worst accuracy. My overall losses are now -$209.96 and my overall record is 71-75-8.

I’m progressively getting worse at this bit! Let’s do it again next year.