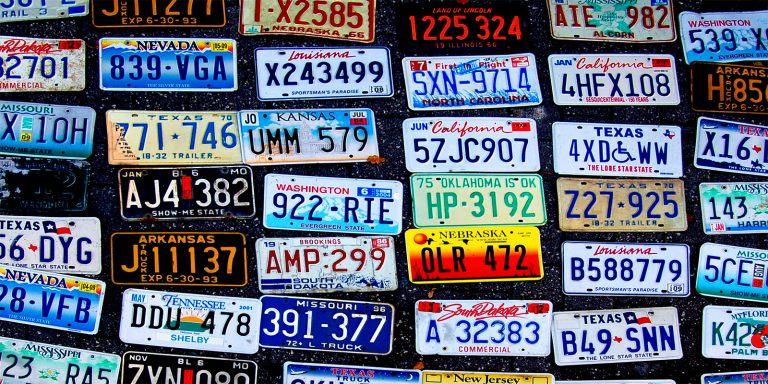 I recently had a friend tell me that I’m not nerdy enough anymore. Well that simply can’t stand.

I prowled the Internet for nerdy license plates. There certainly are a lot of them out there — not to mention millions of Star Wars related plates — but these stood out to me the most. 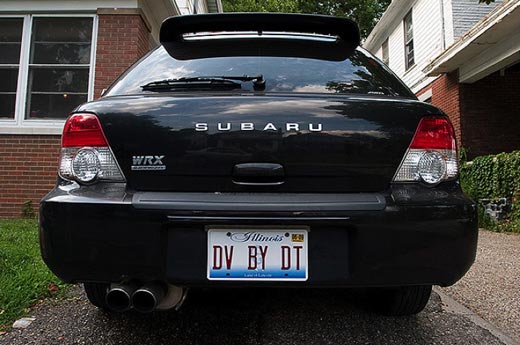 Although this really begs the question… what kind of acceleration can you get in a Subaru? (Even one this souped up.) 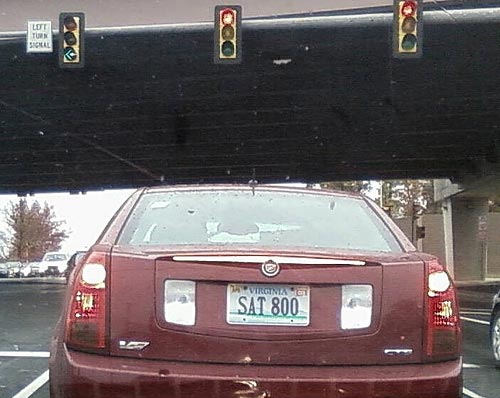 I really feel like going 800 VRBL or 800 MATH (or the new-fangled, way-less-popular 800 WRIT) would’ve been more effective. As it stands now, this guy might have a little trouble getting into the University of Phoenix. 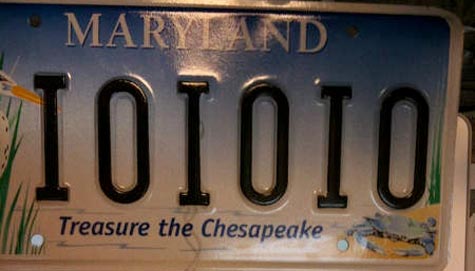 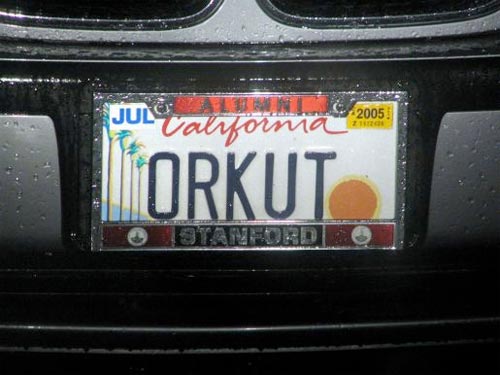 Nothing says “nerd cred” like a license plate with an obscure social networking site that no one in the U.S. uses. I guess the FACEBOK, TWITTER, MYSPACE, LINKDIN, LIVJRNL, FRNDSTR, BEBO, 4SQUARE, CLASMTS, ADULTFF and about 200-some others were already taken.

Coincidentally, to afford the car, you’d probably need a cosigner.

6 | Nothing says “hip” like referencing a 15th century Romanian prince 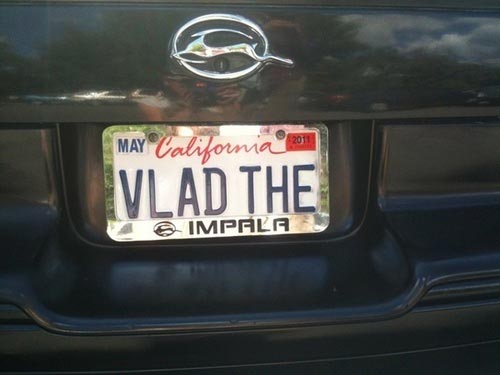 Vlad the Impala is a very clever name for a car. If I ever buy a Porsche, I’m going to get a license plate that says DE ROSSI.

7 | Not all nerds are computer/math/science nerds 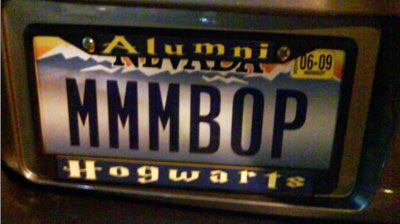 Putting an MMMBOP license place in a Harry Potter frame says everything you need to know about this person going in. That’s so Hufflepuff. 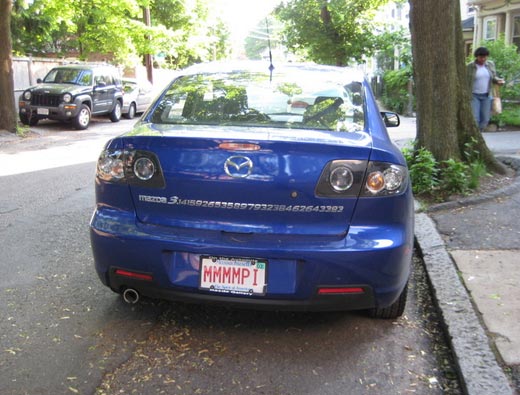 Finding out that pi isn’t edible is about as disappointing as learning you can’t dance the rhombus.

Come on. That pun was good.

Don’t you dare say it was derivative. 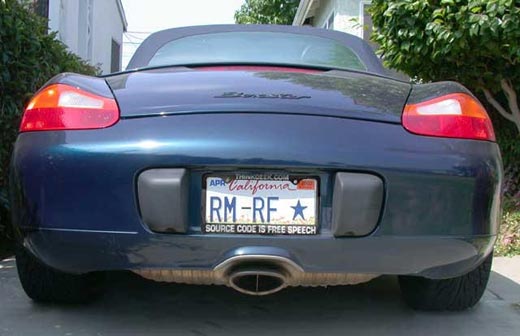 I give the guy who got this license plate credit: It takes balls to be this into UNIX.

The best jokes are the ones you have to explain. 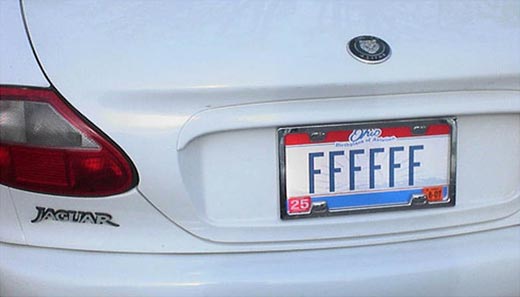 For those not hip to hexadecimal color codes… and if you’re not, for shame, they’re really grand… when you’re making a web site, “FFFFFF” is the color code for white. Fortunately he doesn’t have this license plate in a frame that says “W/t”. 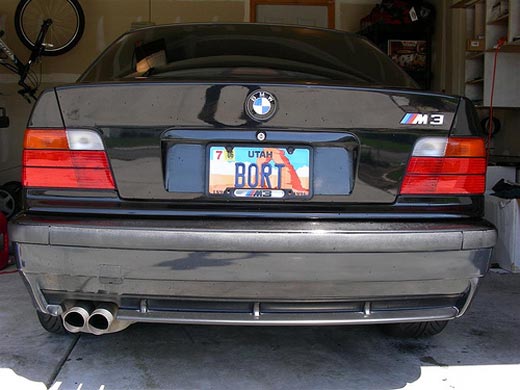 My license plate is also BORT. Come along, Bort.