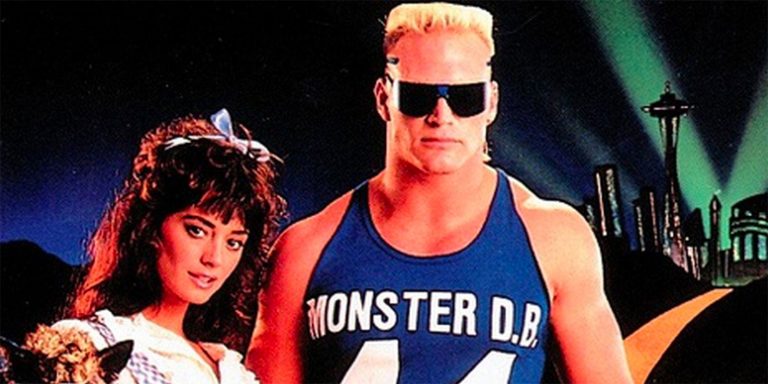 Our tour through the brilliantly awful pro sports posters of the ’80s and ’90s takes us to the NFL.

This is my third post in my tribute to the lost art of awkward sports posters. (I’ve previously covered the best old school posters from MLB and the NBA.)

The primary purveyors of surreal sports posters in the ’80s and ’90s were the Costacos Bros. I don’t know their back story, so let’s say they were two Portuguese immigrants who really enjoyed costumes, puns, and hearing pro athletes say, “I guess I’ll do that, but damn, I need to fire my agent.”

The Costacos Bros. produced tons of sports posters during their glory years — where their odd taste intersected with the popular aesthetic — not only featuring superstars, but also benchwarmers, journeymen and unsung hog molly types. Here are 11 of the best NFL posters they ever produced. 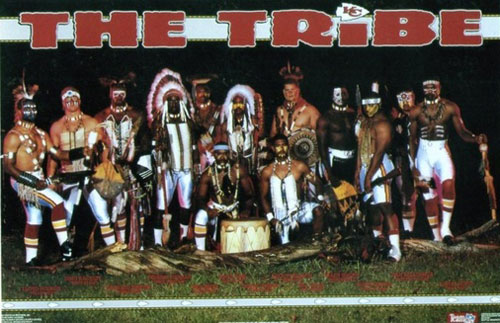 Yeah, it’s hard to imagine they’d sell a poster like this today. Or manufacture this poster. Or even suggest this poster in a brainstorming session where “there are no wrong answers.” 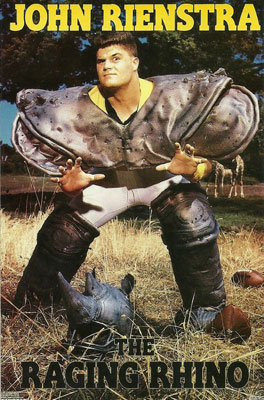 When you’re an offensive lineman and someone says, “Hey, we want to make a poster of you,” you say, “Absolutely” — even if that means you have to put on humiliating rhinoceros-style shoulder pads and leg warmers. Creative control is for the pretty boys in the glory positions. 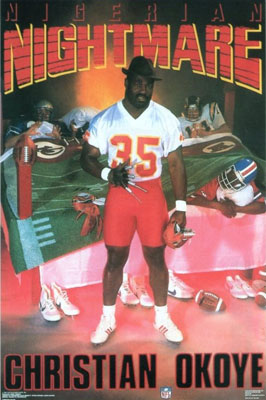 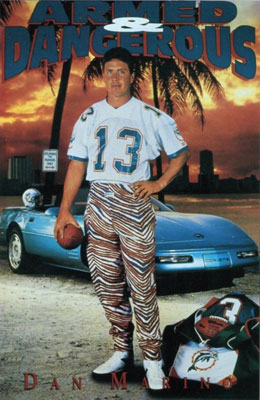 It’s a fine line between Dan Marino: Armed & Dangerous and Miss Congeniality 2: Armed & Fabulous — and the high-waisted Zubaz pants and bright blue Corvette are completely blurring that line for me. 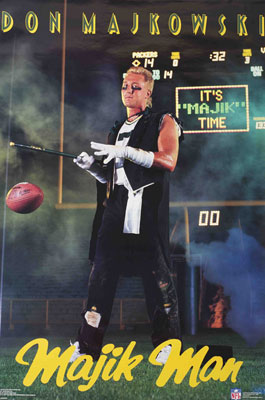 Yes, his best magic trick was disappearing after Brett Favre got to town… but clearly his second-best magic trick is this ball levitation move. How is it floating in the air like that!?! HOW?!? 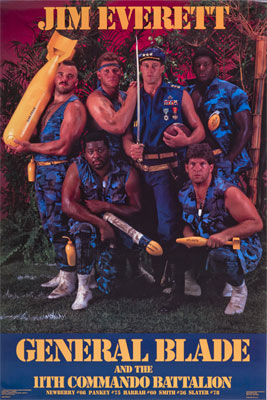 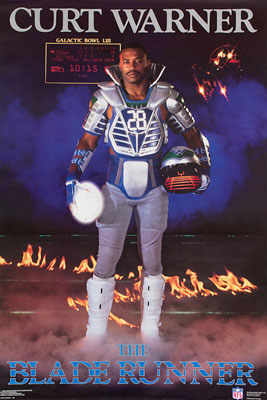 Curt Warner has that look on his face that says, “This costume is horrible, but things could be worse. At least there’s not some guy with the same name as me who’s bagging groceries right now but will one day go on to become an NFL legend.” 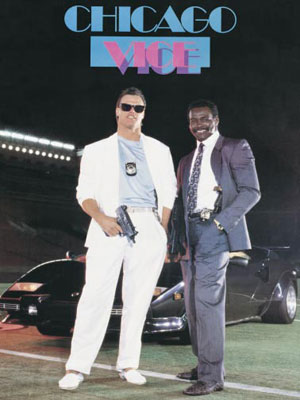 I had to include this because these are two pretty famous athletes willing to fully commit to the bit. Plus it’s nice looking at a poster from the era where no one thought it would cause an image problem for the players to be holding guns.

9 | Brian Bosworth: The Land of Boz 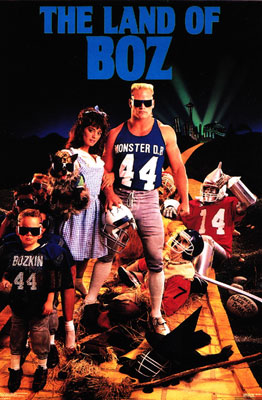 I know why they wanted to make the Wizard of Oz pun here, but I think they’re a little confused. Boz’s character beats up the Tin Man, de-limbs the Scarecrow, crushes the Witch, seduces Dorothy and has a munchkin take his blended last name. Is he supposed to be the Wizard? The Cowardly Lion gone rogue? How does a shirt that says “Monster D.B.” play into this? I think I just gave this poster more thought than the people who designed it. 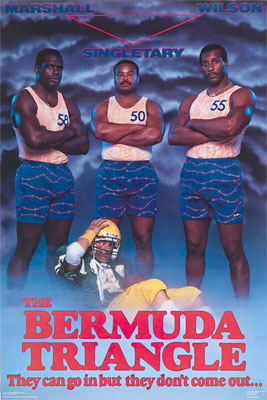 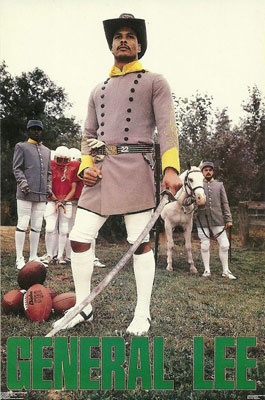 I think you’d have to say a poster featuring a black NFL player dressed up as a confederate Civil War general is THE most offensive poster they ever made. Can you imagine if this happened today? People on Twitter would set a record for the amount of time they were outraged before they moved on to be outraged by something else — 16 minutes!