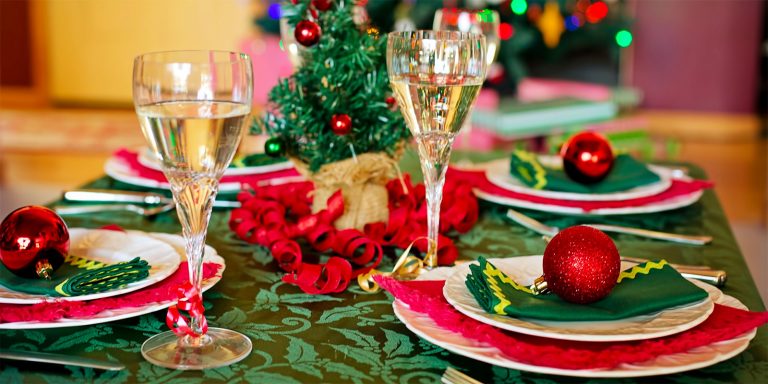 With the holidays coming, a survey finds what people are looking forward to the least.

A couple of days ago, Consumer Reports published the results of this survey about thing people dread during the holidays. I don’t read Consumer Reports — I don’t need a bunch of ivory tower nerds telling me which Maytag dishwasher to buy, thank you very much — but I did like the survey a lot. Because the people were so damn honest.

Take that honesty, put it with a topical subject like the holidays AND make it so your list just so happens to have 11 entries? How could I not import it to my site?

Here are the 11 things people are dreading the most about the holidays, via Consumer Reports. Pithy, too-cool-for-school commentary via me.

Having seen what I saw at Black Friday, I fully understand why this is the number one fear… but it’s SO avoidable. There’s nothing you can’t get online anymore (and for a cheaper price). The only time you have to fight the crowds is if you procrastinate, miss the shipping deadline and have to shop on Christmas Eve. Which, as we learned, is exactly when you get into a fight with Arnold Schwarzenegger or, even scarier, Sinbad.

I stick to three main principles to avoid gaining weight over the holidays. One, only eat Christmas cookies if they’re fresh out of the oven otherwise you’re just wasting your time. Two, it’s OK to soak everything in butter except for vegetables — keep them clean. And three, make sure you consume one cup of water for every one cup of gravy.

If you go into debt buying presents, just flip the presents you get on Craigslist for money to quickly pay off that debt. It’s kind of a bastardized version of an O. Henry story.

This is not the time to obsessively bargain shop. So if you see something on Amazon for $58 and you really think you should be able to find it for $51… just buy it. And you can’t bemoan that Walmart was selling Xboxes for the price of chicken feed and Bass Pro Shops was selling chicken feed for the price of Sega Saturns. You would’ve had to fight throngs of maddened townspeople and pepper spray small children to get that discount. The prices now are slightly higher than doorbuster prices. You’ll live. Rip off the Band-Aid of shopping quickly and call the money you spend on overpriced items your peace-of-mind tariff.

Well, the Miami Heat ARE now going to be playing on Christmas, so you’re going to have to deal with some traveling.

This means that one out of every four people at your family Christmas dinner doesn’t like someone else in the room. That seems… low.

This is definitely on MY holiday dread list. I happen to sometimes enjoy putting on L.A.’s soft rock station (motto: At least one Peter Cetera song every 30 minutes or we disband). They started playing Christmas music on November 10th. I like Christmas music. You can’t grow up in this country and not like it. But when it starts that early, it robs the music of its specialness. It’s like a bar that celebrates New Year’s Eve every 15 minutes.

By now, three weeks later, I’ve already heard the station repeating songs. I simply cannot let Gloria Estefan see Christmas through my eyes. And I refuse to date rape that girl even though it’s cold outside and there’s no cabs to be had out there.

Hint. No one’s ever been disappointed to receive the following gifts: Massage gift certificate… giant novelty wine glass and bottle of moderately-priced wine… a huge pile of lottery scratchers… singing wall fish… DVD of Jingle All the Way… a copy of my book, a hilarious and surprisingly informative romp through the world of dating… any single item — literally, anything — that costs over $300.

9 | Having to attend holiday parties or events, 16%

There’s no reason ever to stay at a holiday party you’ve begrudgingly attended. There are so many parties this time of year that you can always fake one. “Ooooh, SO sorry we have to leave early, but we’ve got my boss’s party on the other side of town.” No one can really argue that. Plus, if Pictionary gets really intense (when does it ever NOT?) you can stay and look like a hero for blowing off your “other party.”

The mere presence of this entry on this list (and the fact that it was a selected holiday beef of three out of every 20 people) made me fall in love with the list.

Alternatively, you could just get yourself a new hairstylist, paperboy, au pair, gardener, mailman, dog walker, garbageman, UPS guy, personal trainer, milkman, and masseuse, groomer, and pool boy. But according to Hollywood, you’re having sex with at least half of those people, and you don’t want to abandon THAT for the sake of a few $20 tips, right?