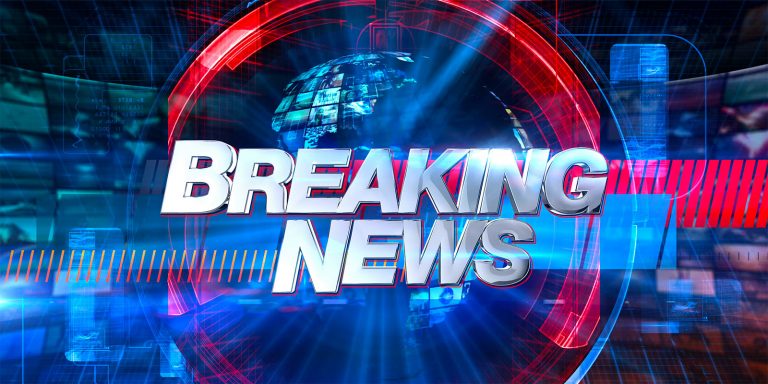 When news graphics go wrong, we all win.

In the U.S., every day, approximately eight million hours of TV are dedicated to news. (Even though there’s only about 20 minutes worth of actual news to be reported.) Mistakes are bound to happen. It was extraordinarily difficult to cut this list down to only 11. 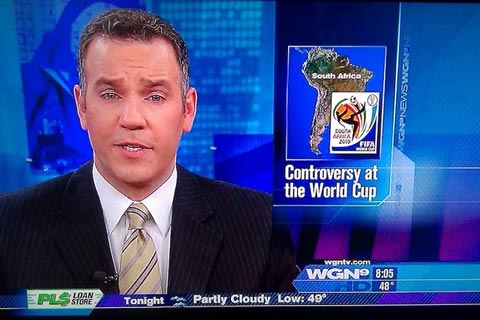 I guess that kind of looks like Africa, plus it does include the word “South.” And who knows — maybe South Africa gets kind of chilly this time of year. That’s right. Only a couple of sentences in and the puns are already out in full effect. 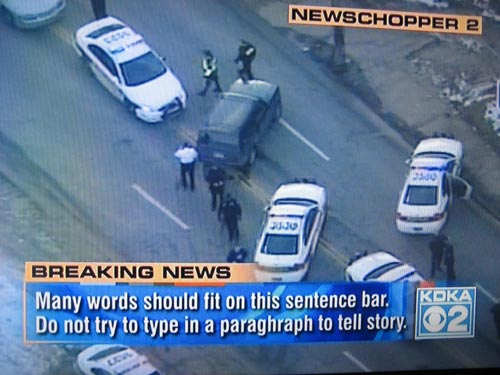 I can forgive someone forgetting to replace dummy text on the chyron. But if you’re going to get caught with your dummy text pants down, at least make sure you’ve put it through a spell checker. You hear me all the way over there in Pittsburgh, KDKA? With spelling like that it’s no wonder that Phil Connors quit. 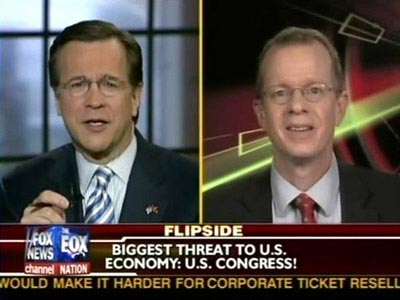 I don’t know the context here, but I get the feeling this isn’t necessarily the Freudian slip it may seem to be. 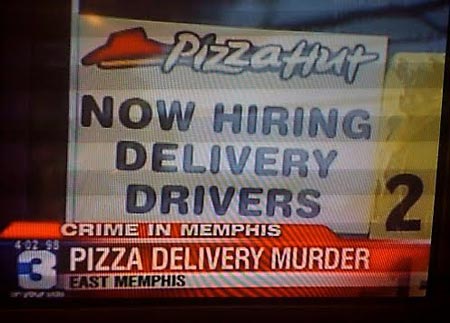 Well, I guess we know why there’s a job opening.

5 | The perils of Google Image Search 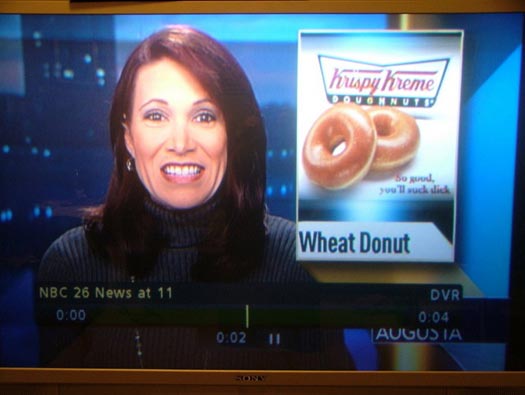 Apparently, this station’s graphics guy just image searched “krispy kreme” and grabbed a random graphic. He didn’t notice the slogan at the bottom which, however true, wasn’t the one approved by Krispy Kreme’s marketing department. The only marketing department that’s approved that slogan is the Crack Dealers of America. 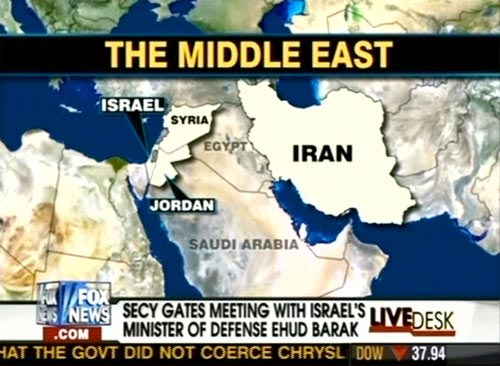 It’s like a scheme that Dr. Claw would try to pull off on Inspector Gadget — somehow Saddam moved his entire country so he could live in the pyramids! 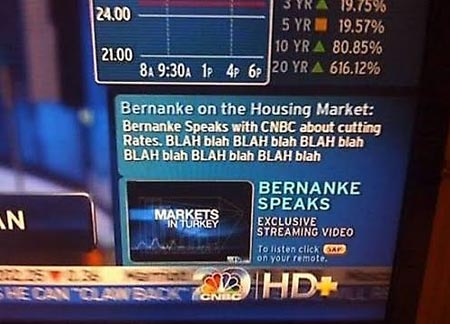 Either that, or Ben Bernanke was speaking about the housing market then doing a Ke$ha cover. 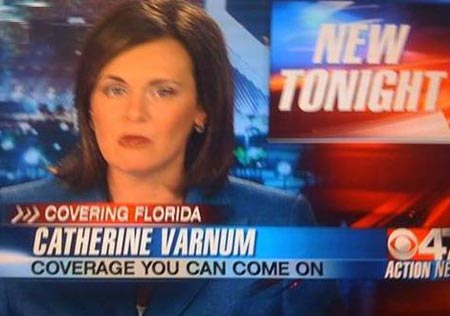 I don’t know if I’m buying it. I’ve heard that they’re always getting behind on their coverage. 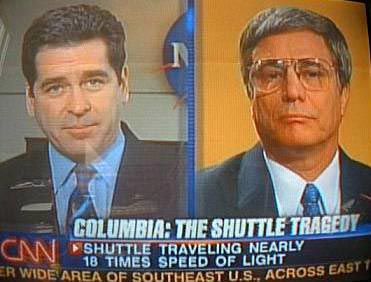 Can Superman outrun The Flash? 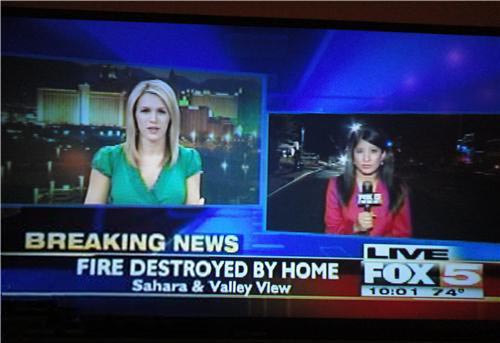 Someone better get the three little pigs on the horn about this one. 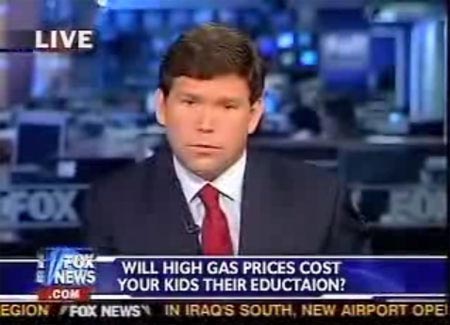 Is this Photoshopped? Maybe. Is it the perfect blend of news hype and a perfectly ironic spelling error? Definitely.

CNN Mistakes a Flag of Sex Toys For the ISIS Flag