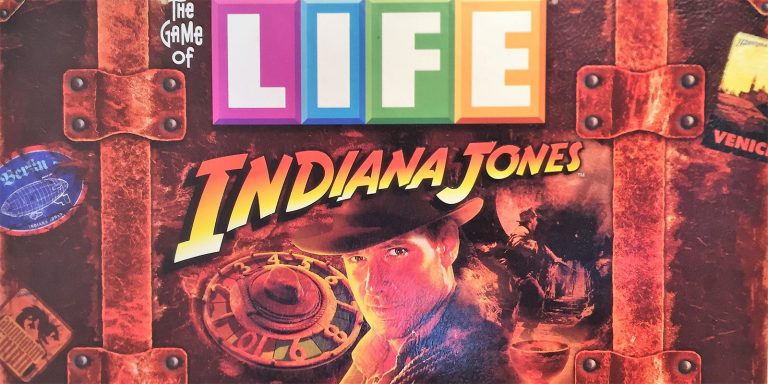 Board game licensing sometimes gets out of control.

I guess eventually everything sells out. It’s a sad but totally inevitable part of life.

And the industry that may be leading the charge is the board game industry. They’ll slap any brand name on one of their games. They’re worse than the home run wall at a minor league baseball stadium.

Here are the 11 biggest board game sellouts that I could find. 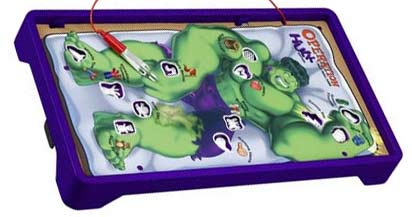 Use the tweezers to pull body parts out of the Incredible Hulk. But, Hasbro says, you’d better be sure “you[‘re] skillful and brave enough to make him better without making him mad.”

He has some traditional Operation body parts, and some exceptional ones too (like a lightning bolt in his arm and a rocket in his foot).

This gets my number one spot because (1) it’s ridiculous (2) it makes you laugh and (3) the Hulk actually looks more like the Jolly Green Giant, complete with what looks like a god awful toupee. 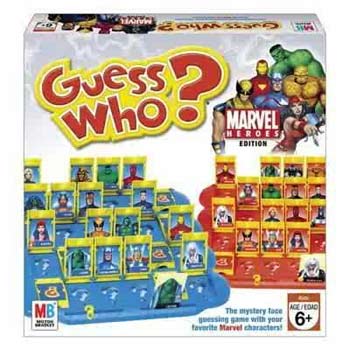 Here’s my problem with this. Guess Who characters are iconic. And everyone knows the strategy: Never pick a woman because the game creators were sexist and only made like two female characters… always ask if the guy is wearing a hat… and always focus on facial hair and glasses.

What the hell are we supposed to do with Marvel Guess Who? “Does your character have blades that come out of his arms?” “Is your character some kind of captain who has extreme amounts of patriotism?”
None of the characters even remotely look the same or share any characteristics. The games probably take longer to finish than Monopoly.

And speaking of Monopoly, no game sells out like Monopoly. There are hundreds, if not thousands, of versions of Monopoly. I sifted through a ton of them and decided that, yes, Cat Lover’s Monopoly is the lamest. I give the box most of the credit (pictured below). And also, instead of the iron and thimble, the pieces are things like a quart of milk and a scratching post.

Dominick’s [yes, the Midwest grocery chain] Monopoly is a dangerously close second. I mean, instead of Marvin Gardens and St. James Place you were trying to buy (and put hotels on) the Dairy Department and Produce Department. 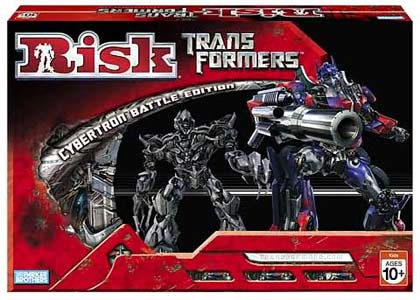 As we all know, Risk is the game of world conquest. I just feel like the Autobots and Decepticons have bigger fish to fry than taking over small, weak countries like the Ukraine. 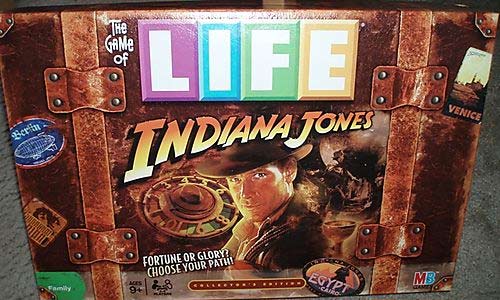 With the weakness of the Indiana Jones after that train wreck of a movie earlier this year, I’m not sure whose brand is getting pulled down worse by this affiliation.

The game of Life has always been a second tier board game, behind the Monopolys, Scrabbles and Sorrys of the world… but at least the game of Life heretofore hasn’t tried to reinvent itself by suddenly bringing aliens and Shia LaBeouf into the mix. 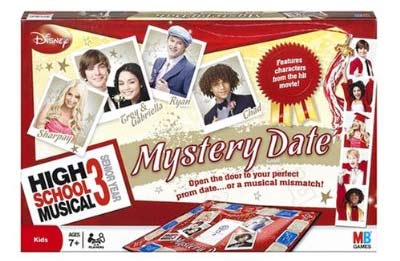 Mystery Date is a classic nostalgia game. Do we really need to clutter it up like this?

I love how the box clearly says it’s for ages seven and up. Do we really want seven-year-olds trying to win dates with either Zak Efron, the black kid with the Sideshow Bob hair, the closet gay kid, Ashley Tisdale or the girl who took all the naked photos six years too early into her career?

7 | Battleship Pirates of the Caribbean 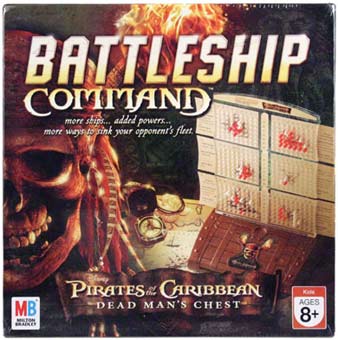 This one really got to me. I feel like Battleship has a purity to it. By adding a bunch of ships from the Pirates of the Caribbean movies (whether the overrated first one or the rushed, mediocre second and third ones), I just feel like I’d be rolling my eyes. 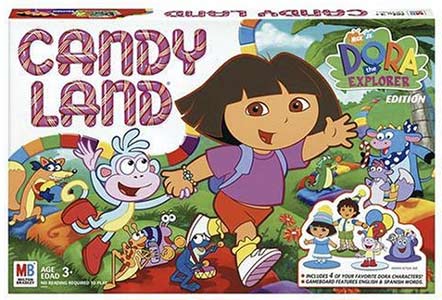 From Amazon.com’s description of the game: “Features the cure characters of Nick Jr.’s Dora the Explorer cartoon show… reading not necessary to play the game.”

At least try to make board games accomplish something, so they’re not just pieces of mindless early childhood simulacrum.

Monopoly used to teach math. Scrabble teaches spelling. Even Jenga identifies the kids that are going to be surgeons and pottery makers and weeds out the oafs.

With America losing the education wars on a daily basis, “reading not necessary” just can NOT be a selling point. For anything. Even audio books. 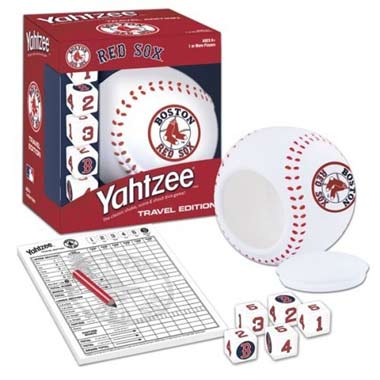 Do you yell Yahtzee when Jed Lowrie grounds out to end your season? (Sorry. Still bitter over the 2007 ALCS.) 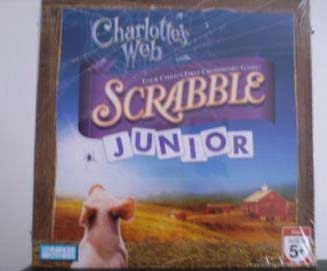 Why bother? How can an affiliation with Charlotte’s Web possibly change the gameplay of Scrabble at all? Instead of a triple word score is it a triple Fern score? Do you get an sixfold bonus if you spell a word like Wilbur? I will stop now. 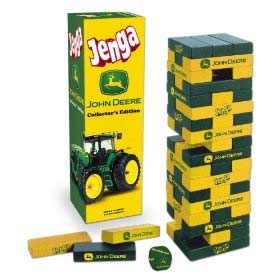 It’s just like regular Jenga. But this one lets you rep your favorite brand of tractor. (???)