Tomorrow night, my family and I will sit down and have pumpkin pie for dessert. Apparently, that makes US the weirdos.

There was a great unpretentious feature on the New York Times website yesterday (“What are sentences never before uttered, Alex?”) about unusual Thanksgiving foods that are popular in different states around the U.S. I’d never heard of most of the things listed but wow — they all sound glorious. I thought this country was supposed to be a melting pot. Why haven’t any of these things melted onto me?

The results of this study are based on which foods and recipes were Googled in each state around Thanksgiving more often than any other time of the year. The Google results span the past decade, so all of these foods have some legit staying power.

Here are 11 unusual (and over-the-top) Thanksgiving desserts that are popular in various states and regions of the U.S. 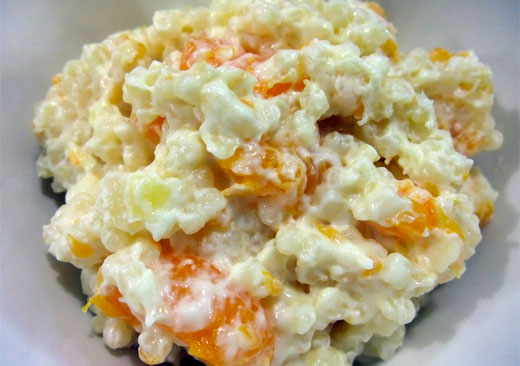 The word “salad” is going to be used VERY liberally throughout the course of this list, and frog eye salad kicks off that trend in an unapologetic way. Frog eye salad is like an Americanized ambrosia salad — a combination of pasta, canned pineapple, canned mandarin oranges, eggs, Cool Whip, coconut and marshmallows. 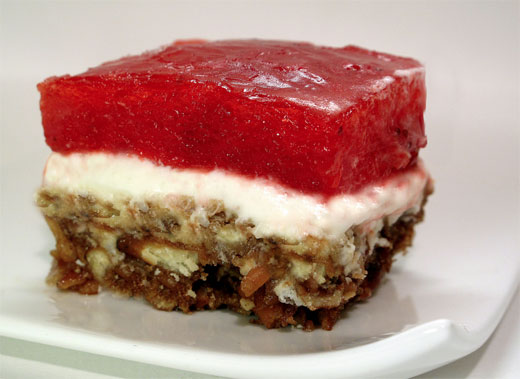 This is a dessert (and hopefully not the “fruit” option at dinner) that seems to be something of a Flaming Homer situation — someone seemingly created this while just combining a bunch of stuff in the house and saying, “Voila, dessert.” It features a pretzel-based bottom layer, a cream cheese and Cool Whip middle layer, and strawberry Jell-O on top. Maybe some real strawberries on top too, although that’s optional. 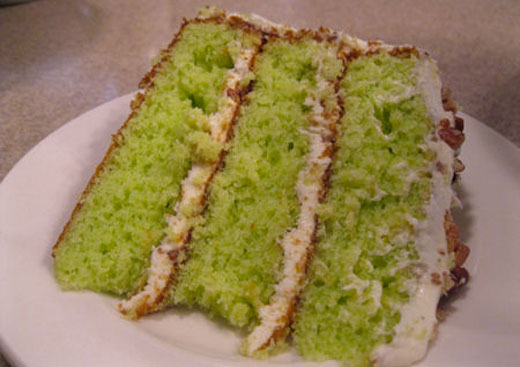 I don’t love key lime pie, but key lime cake looks incredible to me. I also give credit to Georgia for claiming this one and not just conceding all things key lime to Florida. 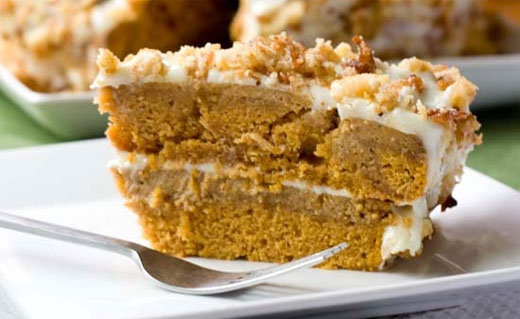 Hawaii always likes to do its own thing, different than the rest of the country — like binging on spam and having beautiful weather — so this fits in well. People in Hawaii search for “pumpkin crunch” 145 times more than people in any other state. It seems like a basic (and quite possibly better) alternative to pumpkin pie — basically a mix of yellow cake and pumpkin filling. 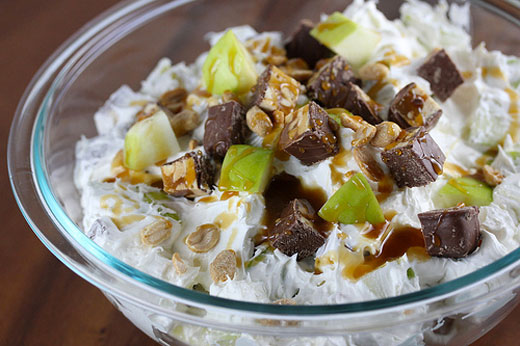 How did I make it more than three decades in America (two of those in the Midwest) without ever learning about this before? It’s one of the few recipes I could actually make. Snickers salad is, quite simply, chopped up Snickers bars mixed in Cool Whip. Many recipes also tell you to toss in some diced green apples, even though those just sound like empty vitamins. 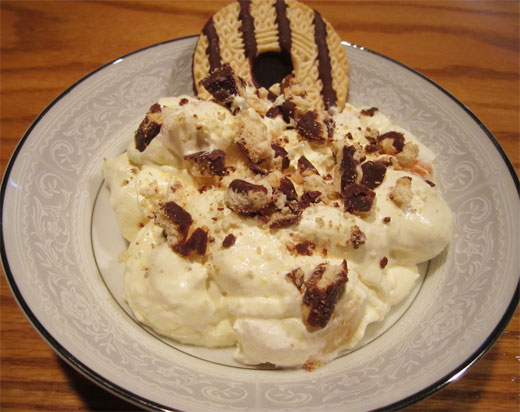 If you just read about Snickers salad and thought it sounded a little too nutritious — what with the inadvertent health benefit of the peanuts — direct your attention here. This is a mix of cookies, pudding, and, of course, Cool Whip. Cool Whip is in like two-thirds of these, man. 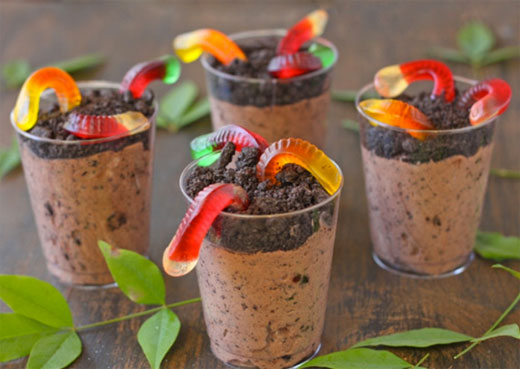 I grew up in Ohio, have spent well above 90 percent of my Thanksgivings in Ohio, am currently in Ohio… and have never had dirt pudding at Thanksgiving. (Or any other time, actually. Maybe it’s more of a rural Ohio thing? Damn you, cosmopolitan nature of the Cleveland suburbs.) Dirt pudding is a mix of vanilla (or chocolate) pudding, milk, sugar, cream cheese, butter, Cool Whip and a bunch of crushed Oreos. Or Hydrox, if you’re contrary. You can even put gummy worms in to really enhance the “dirt” motif.

(While I’ve never eaten dirt pudding, I did have another Ohio dessert as a kid that could be its cousin — trash bag delights. We’d put Crispix cereal in a bag with powdered sugar and melted chocolate chips and shake it up.) 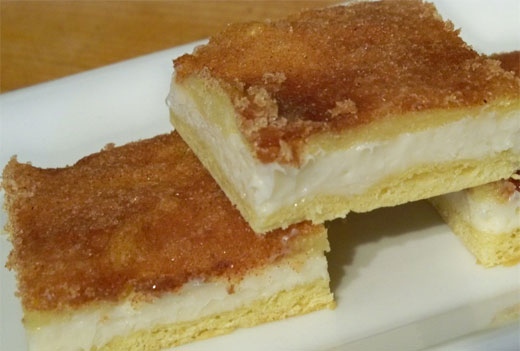 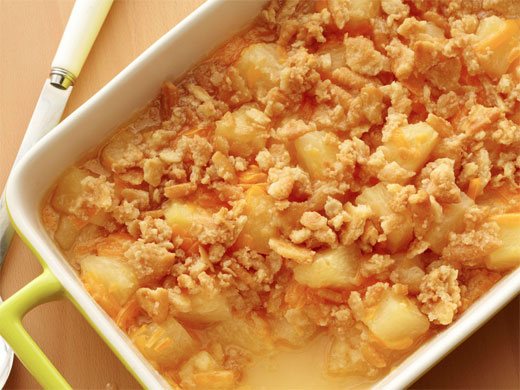 The ingredients (according to Paula Deen, naturally) are one cup sugar, six tablespoons flour, two cups grated sharp cheddar, two cans of pineapple chunks, six tablespoons of pineapple juice, at least one stick of butter and “1 cup cracker crumbs (recommended: Ritz).” I feel like pineapple casserole is like an adapted version of kugel created by like four Jews trying to assimilate into the South. 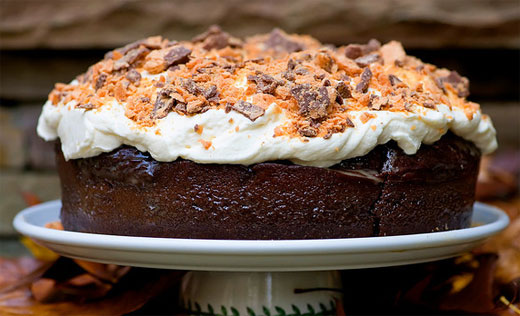 Have people been baking with candy bars all this time and nobody told me? Based on the rest of this list, you can basically extrapolate the recipe for Butterfinger cake. Cake mix, Butterfingers, Cool Whip and you’re good. 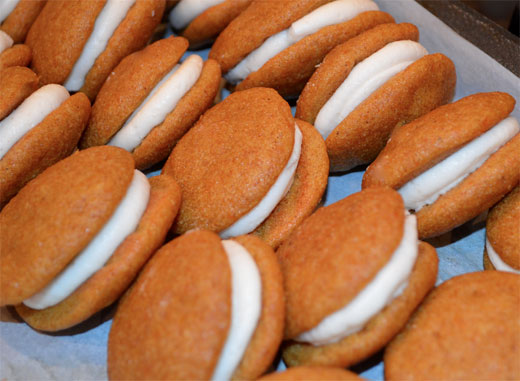 In most situations, putting a mix of cream cheese, sugar, butter and vanilla between two pumpkin cookies would seem indulgent. But like 1,000 miles away people are putting Snickers bars into a tub of whipped cream and calling it a “salad,” so this seems downright reserved.

11 Deep Questions About Thanksgiving From the Geniuses at Yahoo Answers