Photobombers make cameos, often with an absence of clothing, in quite a few wedding photos.

If you missed my list of 11 Deep Thoughts on Weddings From the Geniuses at Yahoo Answers from earlier this week, I’m getting married this weekend. So this is wedding-themed list two of two for the week. I’m rapidly turning into the WE Network.

I collected most of these photos of weddings ruined by weird and/or sexy things in the background years ago. I think I grabbed most of them back when I did 11 Sexy Photos Totally Ruined by People In the Background almost four years ago. Back when I did that list, the term “photobomb” was barely known. Now look how far we’ve come.

Here are 11 wedding photos ruined (or, in some cases, wildly improved) by something inappropriate in the background. 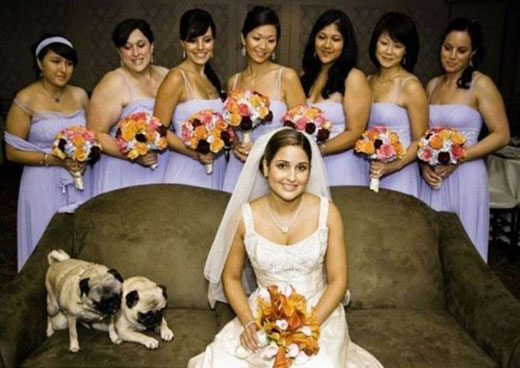 I can’t guarantee that the top dog is giving the business to bottom dog. I will give credit to the one bridesmaid who violated what was clearly a photographer directive to “gaze longingly at the bride” to gaze inquisitively at the dogs humping. 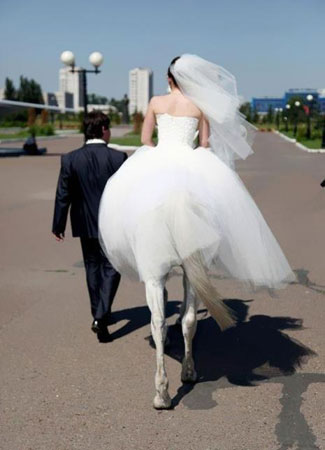 Did you know a female centaur is called a “Kentauride”? And there’s only a 99.4 percent chance this is an optical illusion? 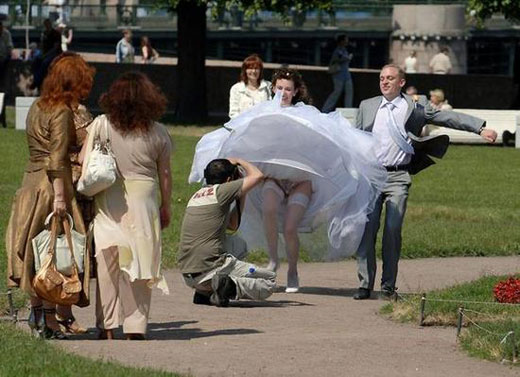 I’m curious who got *this* photo. We’re not seeing this from the wedding photographer’s angle — he’s really up in there. This is the more perverted shot. The main photographer’s photo is (probably) inadvertently perverted; this photo was taken by someone who’s intentionally a voyeur. 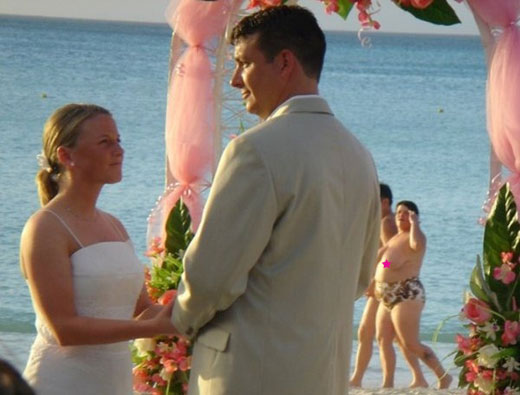 Never get married on a nude beach. You’re going to get upstaged by the nudity — and not by a gaggle of totally nude models from the Victoria’s Secret catalog. Not even the Sears catalog. 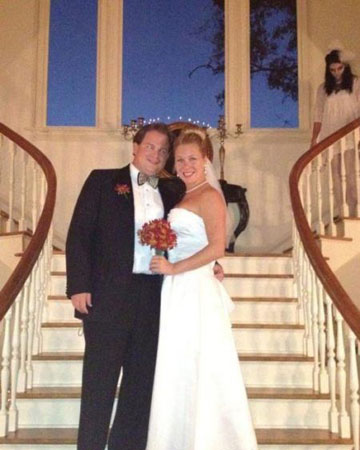 And this is why you don’t watch a mysterious VHS tape in the lead-up to your wedding. (Or, if you do, don’t answer the phone call that comes afterward.) 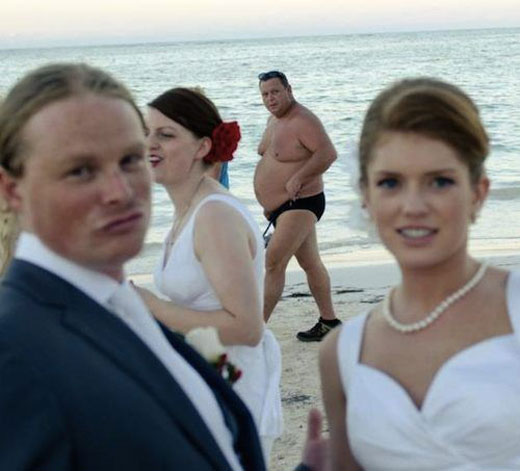 I had a debate with someone recently about the age when you, basically, give up. What’s the age when you can wear a tiny Speedo with no shame? The over-under was 49 for Americans, 39 for South Americans, 25 for Europeans, and 18 specifically for Italians, Spaniards and Greeks.

7 | At least try to find a bathroom 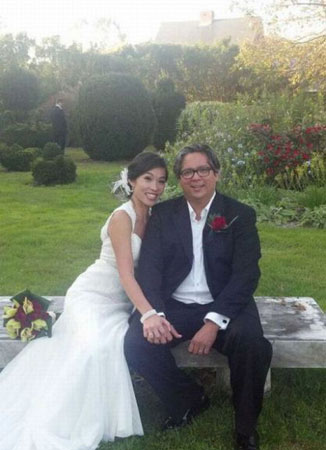 It’s a little hard to tell, but after multiple zooms and Zapruder examinations, I do believe that guy in back is peeing on the bushes. The jury’s still out on whether, yes, in fact Edward Scissorhands sculpted all those bushes. 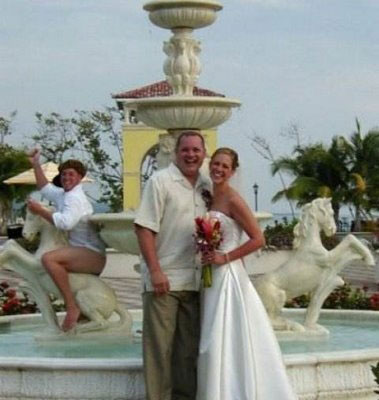 I feel deeply sorry for this horse, even though it’s fake — it’s suffering even more humiliation than the horse that got sucked up into the bride’s body earlier into the list. Now… do you remember the term for a female centaur? Already forgot it, huh. Kentauride. Commit it to memory. You now know for a fact it’s going to come up when you finally make it on Jeopardy. 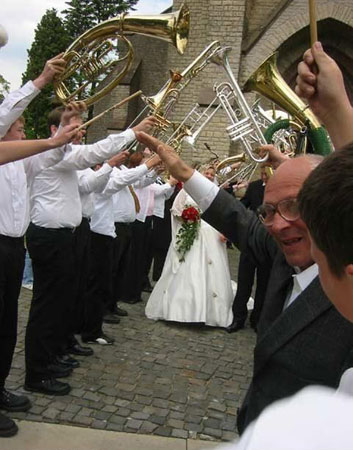 I think Grandpa needs to learn not all salutes are created equal. Someone really should’ve clogged his hands with one of those French horns once he started heiling the happy new couple. 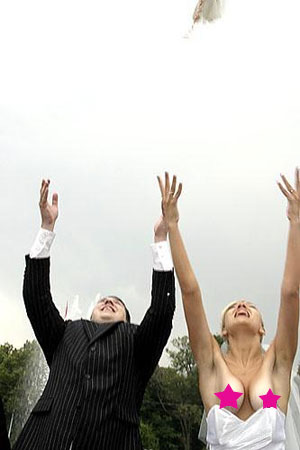 This moment probably happens more often than people realize (although most photographers are nice enough not to put the photo on the Internet). My wife-to-be had her final wedding dress fitting weeks ago but, like many people, has been eating extremely healthy leading up to the wedding. There’s an outside chance the dress will fit a little looser than anticipated. I’m not saying there’s *definitely* going to be this type of nudity at my wedding — but I’m not ruling it out. 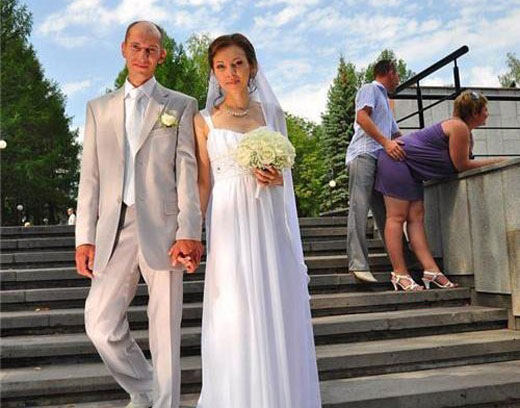 I’m not sure if it’s the angle of the photo or just one awkward moment in time, but this looks WAY too much like non-innocent foreplay. Also, the bride and groom must really hate that less than one day into their marriage they already have less sexual chemistry than these other two.

11 Deep Thoughts on Weddings From the Geniuses at Yahoo Answers