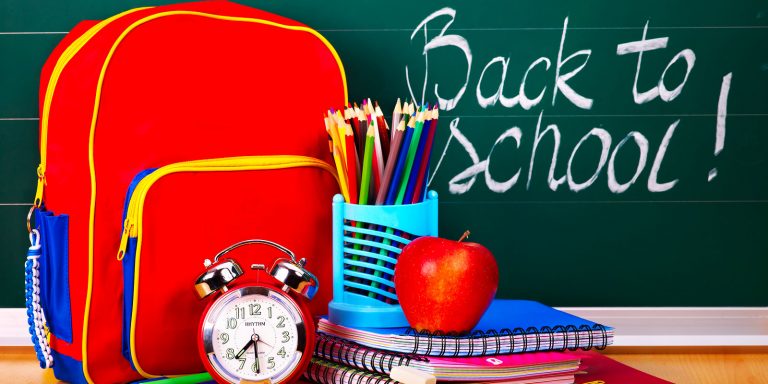 I was one of those kids that lived for back-to-school shopping this time of year. Not for clothes — oh God no. For school supplies. A new Trapper Keeper. Folders. Maybe some Crayola colored pencils. Rubber cement I’d never wind up using. It was the greatest.

It seems that from time to time, a store will (accidentally?) stock their back-to-school shelves with products that aren’t actually for school. A few of them are random or weird — most are wildly inappropriate. Some are also moderately or meekly inappropriate, but that’s not quite as sizzling of a headline. 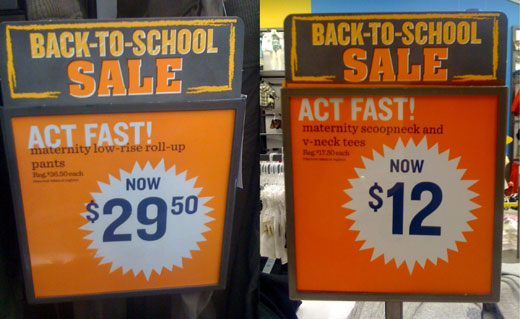 Did you know teen pregnancy in the U.S. is at an all-time low? (At least since they started keeping stats. I would assume back in 1791 teen pregnancy rates were low — although teenage daughters taking mysterious nine-month trips to visit their aunts in New Hampshire were at an all-time high.) Anyway, someone tell Old Navy they don’t need to advertise back-to-school maternity clothes anymore. 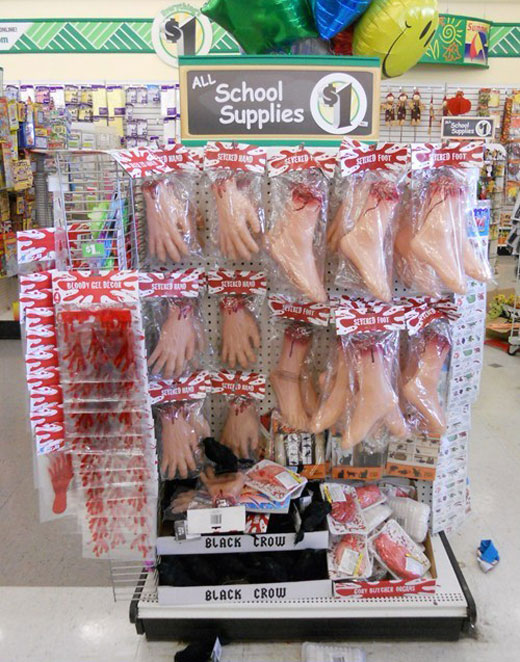 This is the time of year when stores are overstimulated by the number of upcoming shopping holidays. So you get the back-to-school stuff (which they probably put out in late June) accidentally overlapping with the Halloween stuff (which they probably put out in the middle of August). Would it have killed them to also sell me some brown-and-yellow Thanksgiving foliage to hang on my door? 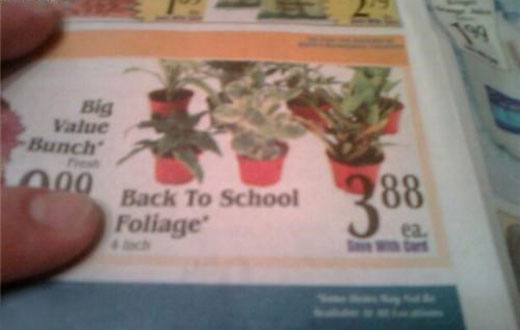 Ahh. There’s the foliage I was looking for. 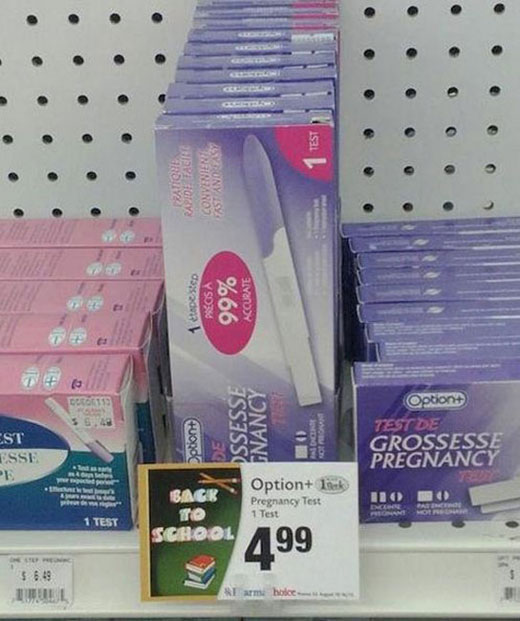 I couldn’t get past that these pregnancy tests are in French but being sold in dollars. Quebec? Has to be Quebec, right? They’re so hardcore on French that a teenager frantically runs to her mom and says, “Mom, I’m scared, I think I need a pregnancy test,” and her mom responds, “Ah, ah, ah, en francais.” 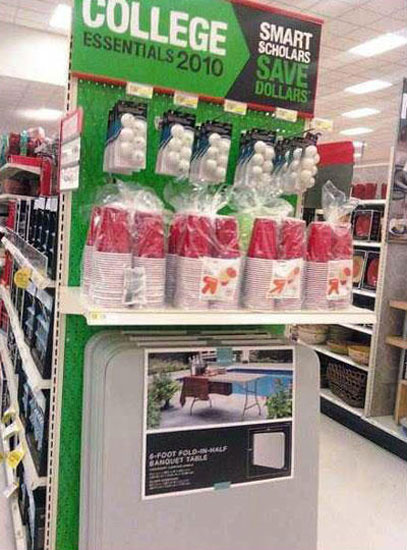 You can’t put these ping pong balls, outdoor tables, and red cups together (especially in a “college” section) and imply you’re serving people’s table tennis, patio furniture, and… uh… “all the cups are in the dishwasher and we need plastic cups to drink out of” needs. 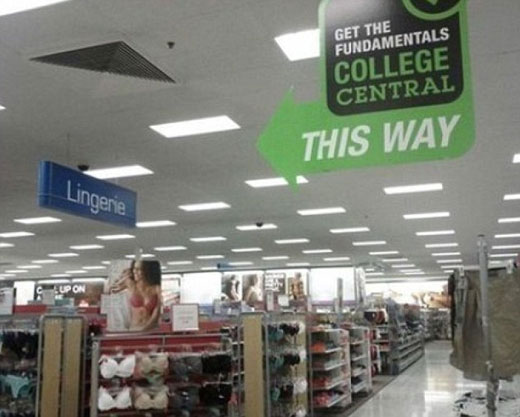 In their defense, you DO need underwear at college. “Lingerie” has more connotations than “underwear” though — and true lingerie is doomed at college. Have you ever tried to run a delicate cycle on an industrial-strength washing machine like they have in a dorm? You’ll be left with five pieces of unsexy thread. 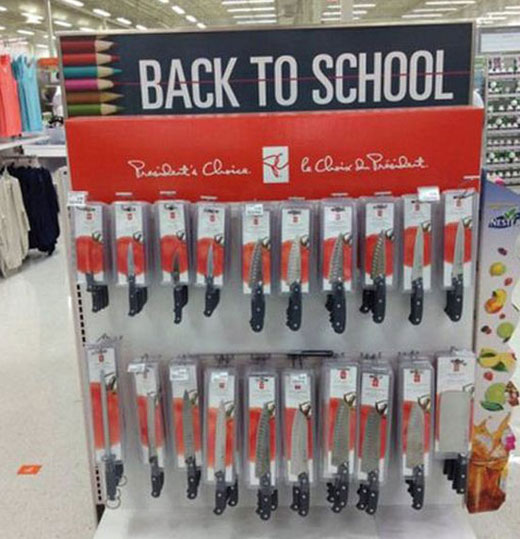 Considering a kid today can be expelled for writing the word “knife” on a piece of paper, I’m assuming these would make pretty mediocre school supplies. 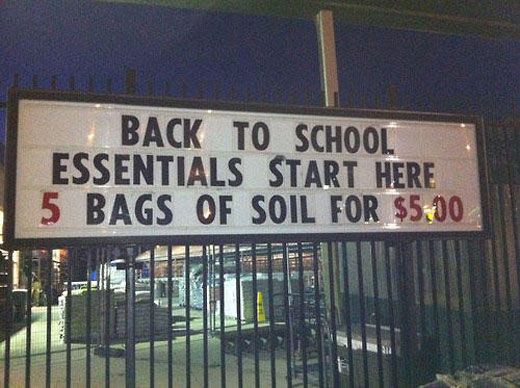 If we go with the operating assumption that you don’t need a bag of soil for school — even if you go to Springfield A&M — this is one of those signs that would really benefit from just one punctuation mark. And initially I was going to say, “Well the sign company probably didn’t give them any punctuation, so it’s not really their fault”… but then they went and put a decimal point in “$5.00” so you know they’ve got ’em. 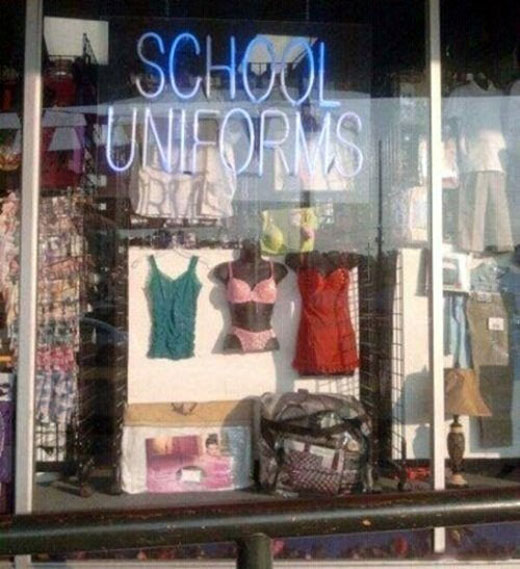 It’s hard to tell, but the school uniforms they sell might actually be just one display over. If they’d just put that display in the window with this “School Uniforms” neon sign, this photo never would’ve made it on the Internet. It’s a game of inches. 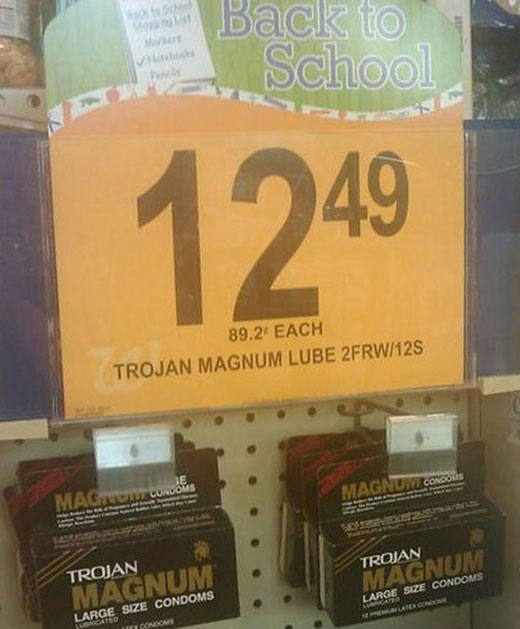 And not just any condoms, large size Magnum condoms. This also appears not to be an accident — that price sign is specifically cut with the proper curve to match the back-to-school topper. (It’s also a great juxtaposition with the back-to-school checklist on top featuring markers, notebooks and pencils. I’m sure extra large condoms are the fourth item on that list.) 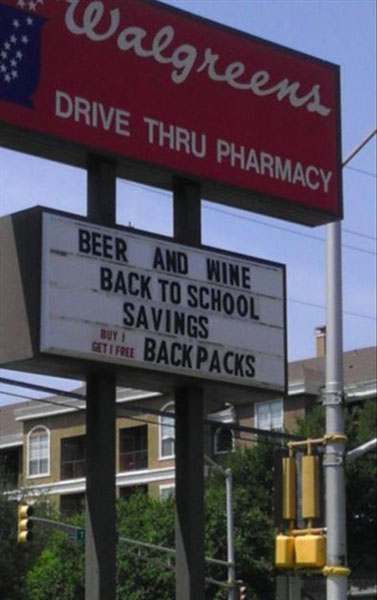 Man, you could fit a lot of that back-to-school booze in those two-for-one backpacks.