Tattoos are ubiquitous in the NBA — but some players’ choices stand out in a bad way.

So it turns out the Cavs were all smoke and mirrors (and no amount of me screaming at the TV on Saturday could change that). I decided yesterday that I needed to do an NBA list here to get some closure.

But, because I’m still furious about the Cavs, I couldn’t really bring myself to research a real list. So I’m shooting fish in the barrel today. I’m going after NBA tattoos.

Here are the 11 worst NBA tattoos EVER. (At least… this is the first edition. There are SO many bad NBA tattoos that I’d suspect I could cobble together 11 more in very little time.) In no particular order… 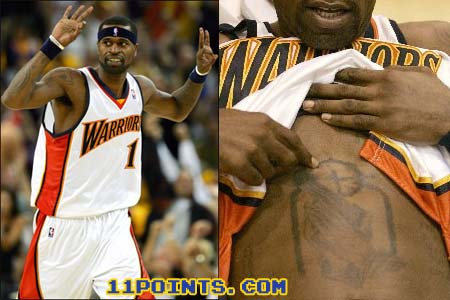 Those are two hands praying. But instead of being clasped together solely for the purpose of prayer… they’re clasped around a gun. And people say that NBA players aren’t role models! Stephen Jackson is promoting Christianity… or else! 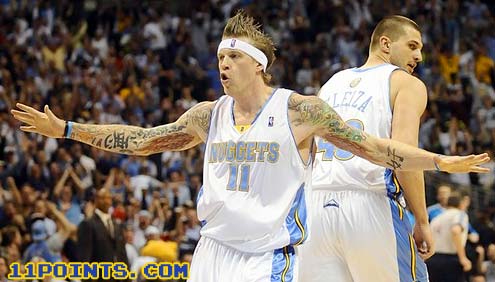 The Birdman is an entertaining (and surprisingly decent) jester… and I respect the commitment to the nickname. He actually has red wings tattooed on both arms, so when he flaps them after a dunk or a blocked shot, it’s as if he’s flying. Apropos… and just hideous (even in comparison to the rest of his tattoos, and that’s sayin’ something). 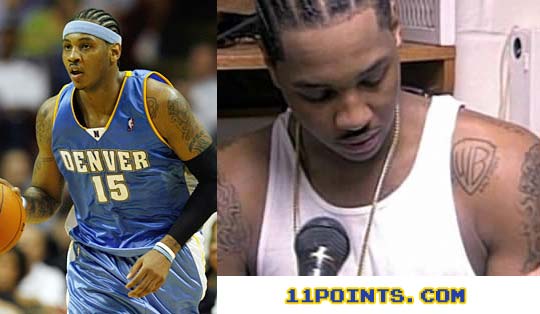 Yes, Carmelo Anthony has the Warner Brothers logo tattooed on his left shoulder. Apparently, it stands for West Baltimore (where he grew up) and is NOT because he misses Roswell, Dawson’s Creek and Popular. Although he’d be a lot cooler if that really was the reason for the tattoo. 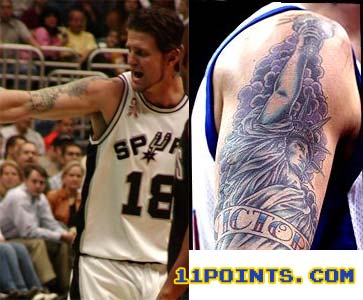 Remember Cherokee Parks? One of the biggest whitest stiffs from Duke’s legendary Big White Stiff era? Yeah… he’s got a tattoo on his right arm of an angry Statue of Liberty capped off by the word “VICTORY.” 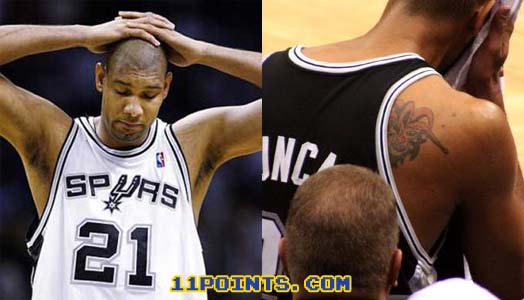 I love making fun of Tim Duncan (entirely because he was a huge a-hole to me when I interviewed him last year), and this is a great occasion. The least fun man in the NBA has a tattoo on his right shoulder blade of a court jester.

That alone would be enough irony and hubris to entertain me. But there’s more — that jester tattoo is about as generic of a tattoo as you can get. (Up there with barbed wire and the Chinese character that means “peace.”) Every tattoo parlor has it as one of their stock art options.

Clearly, Tim Duncan wanted to fit in with all the other tatted up NBA players… but he has no sense of fun, originality or creativity. So he walked into a tattoo parlor, picked the stock art design he thought was the coolest, and had it marked on his back. Weak. 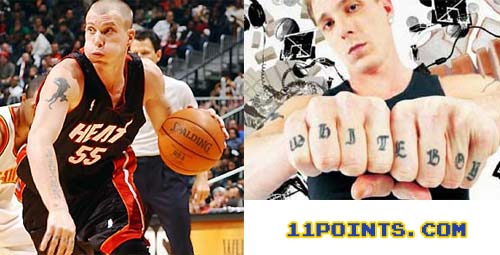 Instead of the traditional “LOVE” “HATE” knuckles, Jason Williams decided to go with the less popular “WHIT” “EBOY”. What a knucklehead. (HI-YO!!!) 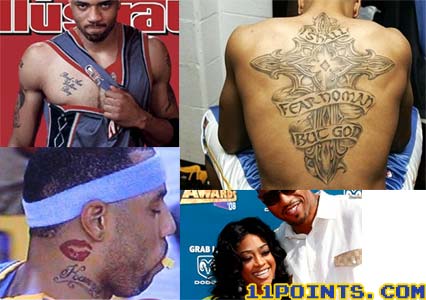 Kenyon Martin has to be the collector of the worst tattoos in NBA history. I’ve spotlighted three of them here.

1.) “Bad Ass Yellow Boy” tattooed on his chest. Apparently because, as a lighter skinned black kid, kids teased him and called him yellow boy. That childhood trauma has now manifested itself in a tattoo.

3.) Lips on his neck. Those lips belong to his girlfriend, Trina (picured below; for those unfamiliar, she’s a rapper who surfaces once every four to six years as the “next big female rapper” then quickly re-fades into obscurity). She actually kissed a piece of paper, then Kenyon had her lip print tattooed on his neck. 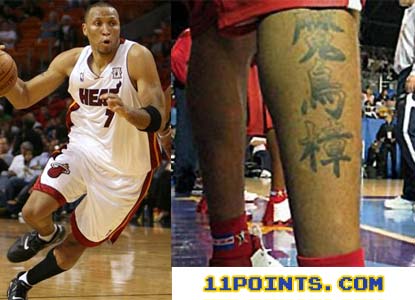 This tattoo was supposed to be Shawn Marion’s nickname, The Matrix, translated into Chinese. Unfortunately for Shawn, according to the awesome website Hanzi Smatter, it actually translates to “Demon Bird Mothballs.” 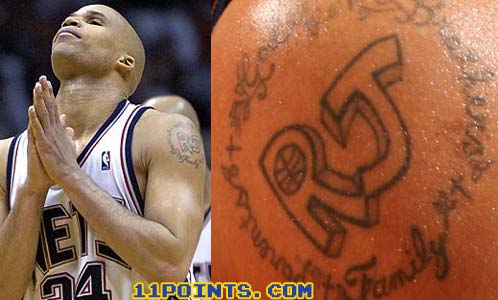 Crooked, off-centered, cheap and sloppy. How old was his tattoo artist? Old enough to even be a sandwich artist?

Stephon Marbury has a line of discount basketball shoes. They have this “Starbury” logo. Stephon has that logo tattooed on the side of his head. I’m not sure if he got the tattoo before the shoes started using the logo or vice versa… but, either way, having your shoe logo tattooed on your head is a terrible, terrible decision. 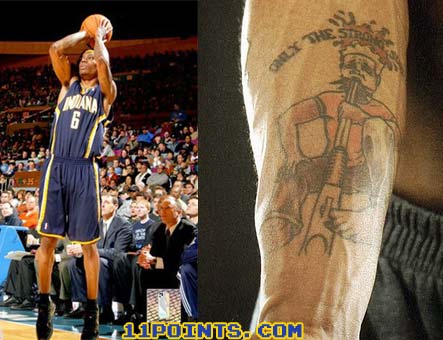 There are no words. Just look at this tattoo and think about whether it’s something you’d want permanently marked on your body.

Yes, I also noticed that three of these players are currently on the Denver Nuggets.