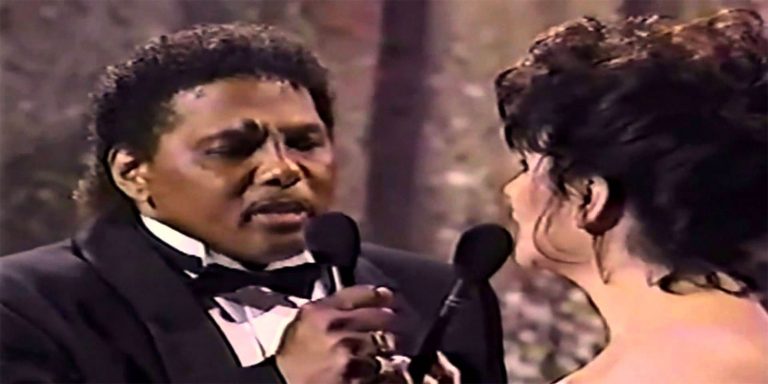 If you appreciate this list as much as I do, we should be best friends.

It is often a challenge to find ideas for lists that no one else on the Internet has done before.

I think this one is safe. 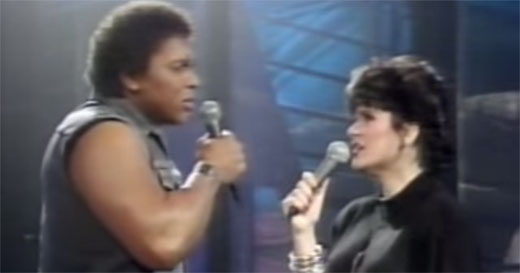 For the past 25 years, my answer to the question, “What’s your favorite song?” has been Don’t Know Much by Linda Ronstadt and Aaron Neville. I know over the years, the song has been a punchline — mainly because of Aaron Neville’s raging vibrato and general overall personal presentation. When I suggested to my (then future) wife that we use the song for our first dance at our wedding, she immediately vetoed it with, “People will think it’s a joke.”

To me, however, this song is no joke.

A few days ago, I went on a binge of trying to find great cover versions of it on YouTube — and now, I’ve compiled 11 notable ones for this list. They’re ranked roughly by how much I like them (although the final one is basically in a category of its own).

I am fully prepared for this list to have the worst traffic of anything I’ve ever written. I just had to write it up for my own personal edification. I was a man so blessed with inspiration.

Here are 11 YouTube covers of Don’t Know Much by Linda Ronstadt and Aaron Nevile (which, by the way, was a cover itself).

It’s perhaps a bit unfair to include this, since he’s an established reggae artist and this is a studio recording — but it’s a spectacular reimagining. This is really the only one that puts a full unique twist on the song (while, of course, still keeping it inherently familiar). This video, however, is just a bootleg still shot of an album cover — so you’ll really need to get audio stimulated on this one.

I wasn’t optimistic. The video title is “I Don’t Know Much – by Erin Nevil and Linda Rhonds.” That’s literally four errors. The quality is poor, with far too much room noise. Then when he starts singing, he has to stop and start over again. But once he does… acoustic wonder ensues. By far the biggest surprise on the list.

This was the first option that came up when I Googled “dont know much covers.” George is fully in-character as Aaron Neville — sleeveless shirt (although that may be a coincidence), Nevillian enunciation and vibrato, unflappable sincerity. Maria also then caught me off guard — to channel every music reality show judge ever, her voice wasn’t what I was expecting. I also give her bonus points for her Keenan Cahill pantomime violin move during the musical interlude.

Perhaps the best overall vocals on the list, which is particularly impressive since the description says this was recorded by a father and daughter as a birthday present for their wife/mother, “quickly, unrehearsed and one take.” The description also has a profoundly melancholy note from the father: “Now she is a mother and I’m a Grandfather, and we do not sing together anymore, sadly.” Your performance just made a list on a blog post that will be read by dozens of people — dozens! Time to get back behind the piano and knock out Night Changes by One Direction STAT.

The visuals from this video are as notable as the music; a half-futuristic, half-karaoke bar motif with the lyrics projected over the singers’ faces. They both have good voices, and the video makes me feel like I’m listening to the song being performed many years into the future (which is among my top hopes for mankind).

The dude really carries it here. As I was watching, I was trying to figure out which singing reality show he’ll eventually end up on. Sadly for him, he would’ve KILLED it on the mid 2000s American Idol, but that ship has long since sailed. Now he’s probably better off putting up six-second singing clips on Vine.

This list wouldn’t be complete without a garage band version, and this video was, quite particularly, recorded in a garage. Someone doing a rock cover of Don’t Know Much was perfunctory, although perhaps not essential; I will give the guys a lot of credit to committing to it.

His basement motif and sock choices might scream “creepy” as an American, but luckily, since he’s British, they scream “eccentric.” I do like his solo cover, audio quality notwithstanding, and also how he pronounces words like he’s in the Monkees.

This cover is fine, definitely above average. But the real story here is the backing track — it’s got quite the mind of its own. At 0:43, it biffs on a note so jarringly the entire thing could’ve derailed — but once the instrumental solo starts at 2:23 it rocks out so hard I feel like I’m Jack Black listening to Zack for the first time in School of Rock.

I want to give John a mulligan. He does a few creative things with the song (and I always appreciate someone with the courage to try to take on one of history’s great duets as a solo project) — but I feel like I’m watching the rehearsal, not the recital. How do you get to Carnegie Hall, namsayin’?

While this isn’t so much a cover of the song but rather a music video tribute — I felt that I had to include it. I am obnoxiously jaded toward web video comedy (having worked in it professionally a few years back, that was inevitable) but this one made me fully laugh out loud. The comedy is so restrained and nuanced — they don’t resort to too much “haha two straight guys in love” stuff. The cameo in the interlude is brilliant, as is the genuine moment when one of them accidentally coughs and the other one breaks. I think I’m better at analyzing comedy than music.

11 Songs About Different Amounts of Time, From Shortest to Longest, Part One