Elephants, the Most Interesting Man in the World and a bad stock photo choice.

Welcome to the Best Picture I Saw This Week… 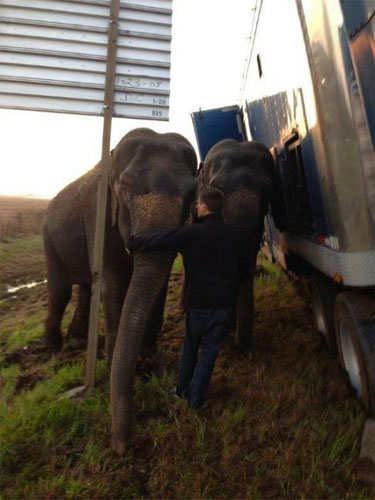 Are elephants too smart to be paraded around in circuses like common tigers? An 18-wheeler transporting three circus elephants through Louisiana this week got stuck in some mud and would’ve tipped over this week — except the elephants got out and used their mass to hold it up. When the cops got there they found the elephants supporting the truck; they kept supporting it until someone came to tow it out.

First runner up: The Most Interesting Passenger in the World 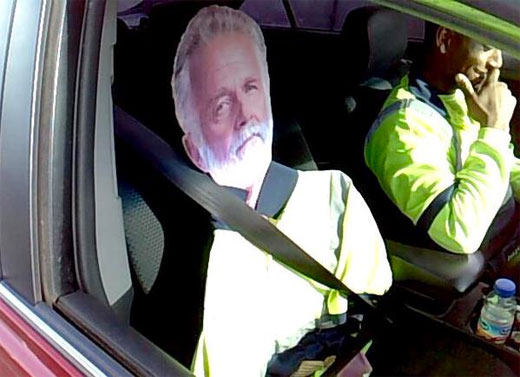 A Washington state trooper pulled over a guy in the carpool lane on Tuesday and found his passenger was really just a cardboard cutout of the Most Interesting Man in the World from Dos Equis. Personal anecdote: I once saw the actor who plays the MIMITW at a barbecue restaurant in L.A. I’m sure at some point someone walked up to him and said, “I don’t always eat ribs but when I do, I prefer baby back.” It must be maddening for him to endure that every day. I’m sure he cries himself to sleep on his Mount Kilimanjaro-sized pile of money.

(Personal odds defying moment of the week: Nailing the spelling of Kilimanjaro on the first try. I kept waiting for the red squiggly line but it did not squiggle.) 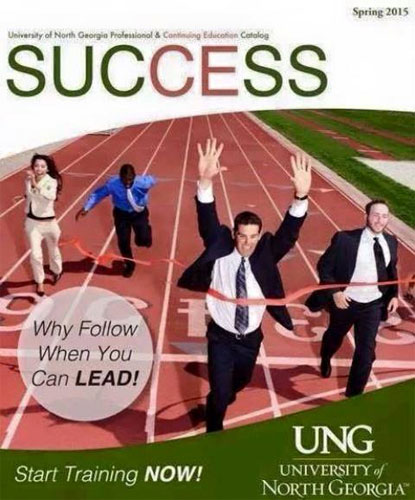 The University of North Georgia’s course catalog used a stock photo on its cover — and somehow, no one at any point thought it might be problematic. The school stopped distributing it once someone pointed out to them that the “yup, that sums up success in America for you” finish order was a white guy, white guy, white woman, black guy.