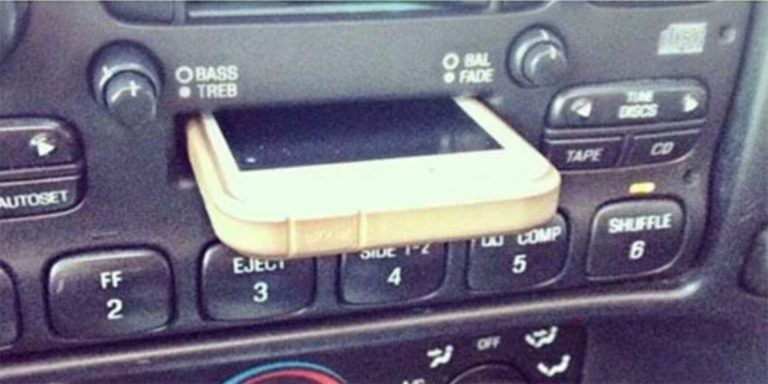 A Barbie girl, a church mixed up trying to be hip, and kids are so dumb. 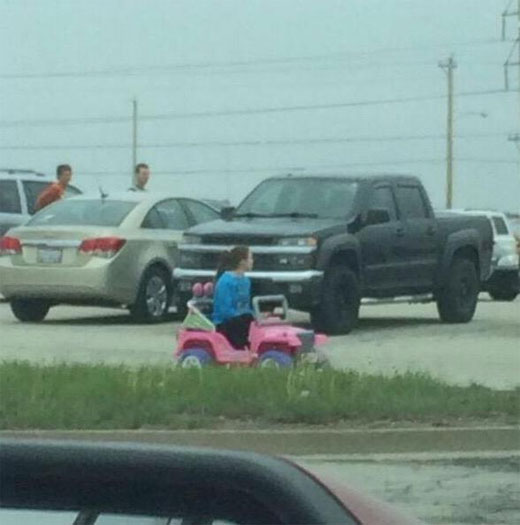 This is a photo from the campus of Texas State University, where Scott Bakula hopes his next leap will be the leap home. A 20-year-old female student lost her license to a DWI back in March but needed a way to get around because “riding a bike around campus sucks.” So she bought a battery-operated toy Barbie Jeep off Craigslist… and now drives it to class. Tons of social media pictures later, she says, “This is the best way I could’ve gotten my 15 minutes of fame. Basically, it was the best decision I’ve made in college.” 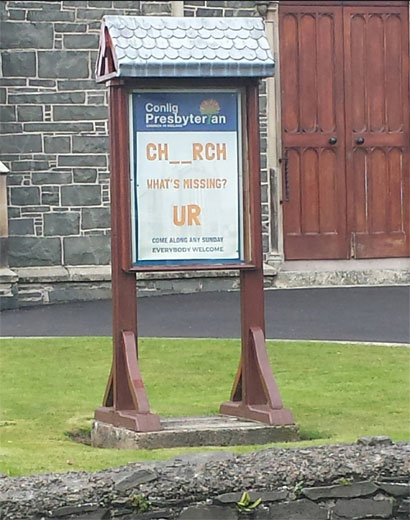 Conlig Presbyterian Church in Northern Ireland demonstrated the perils of trying to use hip chat lingo like “UR” for “you are.” I’m not sure if this’ll be effective at getting kids to go to churrch. 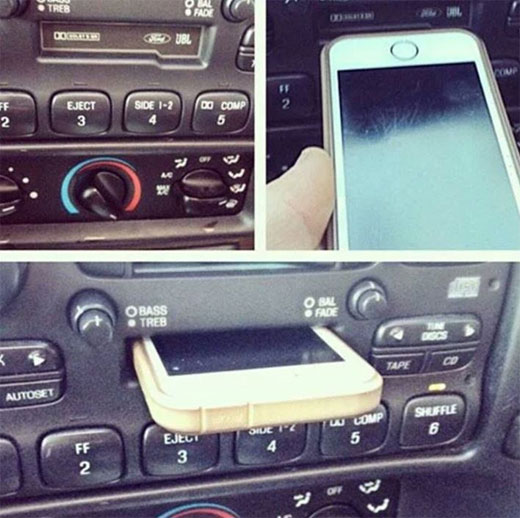 This picture comes from a car dealership in upstate New York. A teenager came in to complain about the iPhone dock in his older model Ford — which, of course, turned out to be a tape deck. He didn’t know what it was so he kept sticking his phone in and scratching up the screen.