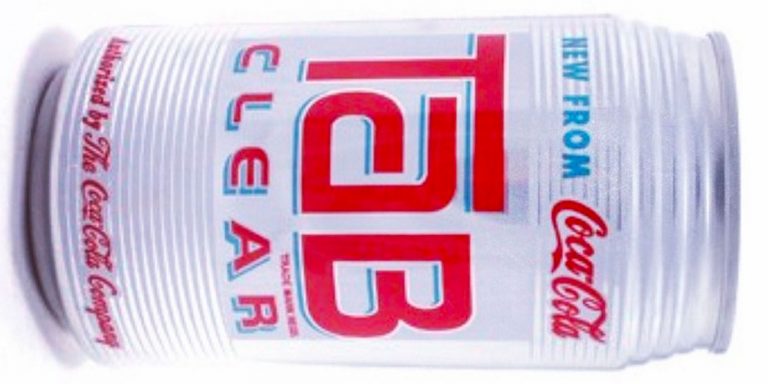 Coke’s strategy to take down Crystal Pepsi was a kamikaze mission.

Crystal Pepsi is coming back next month. On August 8th, a limited run of Crystal Pepsi will hit stores, and it will probably sell very well. Nostalgia is huge right now, whether it’s Nintendo Vans, the Saved by the Bell restaurant in Chicago, the Pokemon resurgence, or calling exploding, non-hovering scooters “hoverboards” because we’re so desperate for Back to the Future Part II‘s reality. Crystal Pepsi was, while not a commercial success or a taste success, a marketing success of the early 1990s. That qualifies it for nostalgia, even though we didn’t collectively enjoy it.

Crystal Pepsi was an effort by Pepsi to reslice the soda market’s pie chart. You had regular colas, diet colas, root beer and fruit-flavored sodas. How about a clear cola? It was a hell of a gimmick, one that both worked with the early ’90s aesthetic and helped define it, and Pepsi poured $40 million into marketing it. (Which was a lot at the time. Now that’s the advertising budget for a mediocre cell phone game.) It was positioned as a “new age cola” and got an explosive introduction via a high-profile Super Bowl commercial. Crystal Pepsi was part of the early ’90s zeitgeist.

Its failure is quite well documented. Check out any of the infinite “most spectacular product fails” lists on the Internet; Crystal Pepsi will make it 100 percent of the time. Crystal Pepsi was introduced in April 1992 and off the market in 1994. The main reason it failed was simple, too: It didn’t taste like Pepsi (or any cola). I remember it just tasted… different. And not in a good way.

But two decades of distance has unearthed another reason why Crystal Pepsi — and the entire “clear cola” concept — arrived, withered and perished so quickly. It’s because Coca-Cola’s counter strategy to Crystal Pepsi was… a high-stakes corporate kamikaze mission. 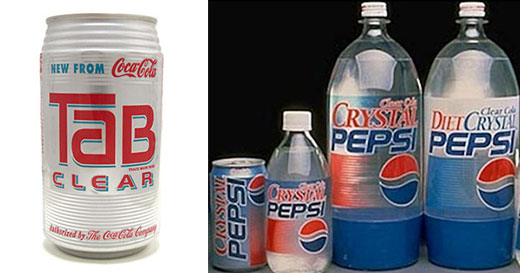 About half a year after Crystal Pepsi debuted (and when Pepsi was still holding out hope that it would become a permanent market segment), Coke rolled out “Tab Clear.” They took their least-popular soda brand, Tab, and made a clear edition. The one and only purpose of Tab Clear was to create market confusion around clear colas, which would accelerate their demise.

Here was the thought process:

They picked Tab Clear, not Coca-Cola Clear, because as a Coke executive told the New York Times, Coca-Cola was too iconic of a brand to adapt like that. (Short memory on Coke II, I guess.) “Clear Coke is an oxymoron,” he said. The not-so-subtle implication, of course, is that Pepsi was NOT an iconic brand that could be messed with wantonly and haphazardly.

While Crystal Pepsi came in regular and diet versions, Tab Clear only came in Tab’s artificially sweetened formula. The goal was to confuse people into thinking Crystal Pepsi was also a diet-only drink, which would turn off potential customers. (Diet sodas were far less popular in the early ’90s, primarily because sucking down insane amounts of sugar and corn syrup that tasted good was preferred to sucking down insane amounts of artificial sweetners and chemicals that tasted worse.)

3 | Tab was considered a “woman’s” brand

It was like the Virginia Slims of sodas. So Coke was trying to equate clear colas with women, in an attempt to discourage men from drinking them. Sexism was still really hot in the ’90s.

Coca-Cola paid lip service to the idea that Tab Clear was “full-flavored,” but the early reviews described it was “cinnamony,” “peppery” and “not like Tab.” It was supposed to taste different, bad, and not like a cola; mission accomplished.

Tab Clear only lasted about five months, into the spring of 1993. It was dismissed a failure — but it wasn’t. It was a flop that didn’t hurt any perceptions of Coca-Cola — who cares about Tab? — but did hurt Pepsi. Although there’s no way to ascertain how much Tab Clear’s intentional failure contributed to Crystal Pepsi’s demise, both disappeared off the shelves around the same time. (Crystal Pepsi was reformatted to have a citrus flavor and made a brief comeback, but was completely gone by 1994.)

Have there been other corporate kamikaze missions? Not confirmed, but probably. Things like Go-Bots, Playstation Move, last year’s Fantastic Four, every network’s version of The View, FOX News and McDonald’s using kale can’t be coincidences.