Introducing Mariko Aoki Phenomenon: The Need to Defecate When Entering a Bookstore 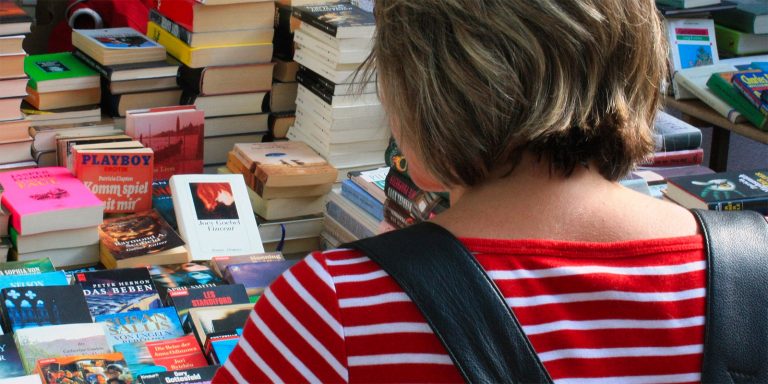 Answering 11 questions about a very real condition named after one brave woman from Japan.

In 1985, a 29-year-old woman named Mariko Aoki from Tokyo, Japan wrote an letter to a magazine called Hon no Zasshi. (That translates to “Book Magazine,” which is gorgeous.) The essay focused on a strange, recurring event in Mariko’s life: Every time she walked into a bookstore, “I am struck by an urge to move my bowels.” The editor thought it was funny, so he published the letter, and suddenly more readers started writing in to admit they had the same affliction.

The next issue of the magazine contained a hyperbolic 14-page feature called “The Phenomenon Currently Shaking the Bookstore Industry!” And in that article, the sudden need to defecate when walking around a bookstore was dubbed the “Mariko Aoki phenomenon.”

It has retained that name to this day. The Mariko Aoki phenomenon has received a little bit of coverage on the Internet (a surprisingly long and thorough Wikipedia page is the standout) but, generally, seems to exist under the radar. In the bowels of the Internet, if you will. Ahem.

Now, to answer the 11 big questions that came to mind when I discovered Mariko Aoki phenomenon.

1 | What causes someone to have to defecate when entering a bookstore?

No one knows. Book Magazine drew speculative conclusions at best, and no genuine scientific research has been done. Nor should it be, by the way. The best theory is the smell of paper and ink has a minor laxative effect that’s excerbated through walking around a bookstore and perhaps crouching repeatedly to grab books on lower shelves. Weak at best.

2 | Does the feeling immediately subside upon exiting the bookstore?

It does. Oddly enough, many sufferers say they no longer have to go once they’re outside.

3 | Is it a recognized medical condition?

Sort of but not really. George took a book into the bathroom at a bookstore, but his urge to go to the bathroom there seems more like a George Costanza reason than a Mariko Aoki reason.

5 | How many sufferers are there?

There aren’t any clear numbers, but a small study in Japan estimated up to one in 10 people could have at least a mild case. It also found it’s far more common in women, at up to a 4-to-1 ratio.

Sure, why not? Mariko Aoki’s uncle also has it.

7 | Will the rapid disappearance of bookstores hurt the growth of the Mariko Aoki phenomenon?

Absolutely. Smelling a Kindle doesn’t get the bowels flowing.

8 | Is it more likely to happen at a big bookstore or a small used bookstore?

The big one, surprisingly. I would’ve guessed the musty old claptrap of a tiny (possibly haunted) used bookstore would trigger the condition, but people report it’s more likely to happen in the big ones.

I would assume it happens at libraries, since they meet all of the conditions of bookstores (except for, you know, charging you money) — but sufferers specifically mention bookstores much more frequently. Perhaps it’s because the bathrooms at libraries are being occupied by homeless people literally 97 percent of the day, and that knowledge supercedes the urge?

It very well could be, but I am choosing to believe. One of the few books that addresses the topic, Modern Folklore by Robert Durham, refers to it as an “urban legend in Japan.” But maybe he’s just jealous because his book isn’t carried in Japanese bookstores and, therefore, has never elicited even a hint of feces.

11 | How does Mariko Aoki feel about having this condition named after her?

It’s a great question (that I am asking myself, granted) and one that really extends to an existential quandary beyond just defecating in bookstores. Much like Lou Gehrig, Benedict Arnold, and Franklin Sickle Cell, would you want your name to be forever associated with something that has negative connotations? Is it better than just being forgotten? In interviews, Aoki has said she’s fine with having her name tied to the phenomenon, which is awfully magnanimous and mature. Nothing forces a person to channel their inner maturity like poop, I suppose.

11 Famous People With 11 Fingers or Toes

On the 100th Anniversary of Women Shaving Their Armpits, One Biologist Says to Stop