Earlier this year, Kenny G was promoting his latest album, Brazilian Nights, which is no doubt about how the only thing smoother than a Brazilian wax is Kenny G’s jazz.

In an interview with Bloomberg, Kenny G discussed his early investment in Starbucks — then took it even further and claimed HE was responsible for the Frappuccino.

Well, at the beginning, Starbucks didnâ€™t have anything but coffee, and there was another company, Coffee Bean, that had something called blended. It was a sweet drink, and people were lined up around the block.

And I would always call Howard [Schultz, Starbucks CEO] and say, ‘Howard, thereâ€™s this thing that they do there that’s like a milkshake or whatever.’ And so I think that part of the reason that they did Frappuccino was people like me giving them that kind of feedback. So I like to think I was partially responsible for that.

And Starbucks… didn’t totally shoot that down. A spokesperson said, “He did provide feedback on the creation of [the] Frappuccino.”

I went on a hunt to find more wild invention claims and credit grabs from singers and musicians. Once I had eight or so, I had to flashback to my past and find a full 11…

He made the claim on the old Late Night With Jimmy Fallon, based off this old photo… 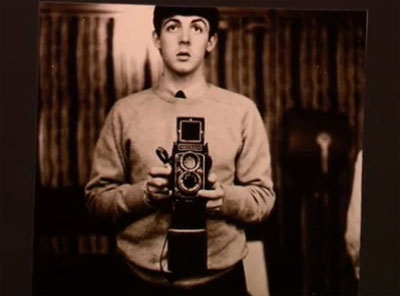 He made the claim in the same interview, based off this photo… In both cases, the claims were tongue-in-cheek — although you kind of get the feeling he’s not 100 percent joking.

Before he was a singer, he was a music journalist and says he coined the term during a review of Nirvana’s first album.

5 | Steve Miller claims he invented the words “epismetology” and “pompatus.”

Most people believe he actually based both words off the lyrics from a song called The Letter from a ’50s doo-wop group called The Medallions. I’m skeptical, personally; white musicians don’t have any history of ripping things off from black musicians.

He doesn’t take credit for the original keytar, but holds an actual U.S. patent for a better keytar. I love that his patent was issued in 1992. Way to strike while the iron was hot on that keytar trend, Prince.

He’s behind the technology that made the old polyphonic ringtones. (I’ve covered him before and, yeah, I believe him.)

The term, not the geologic process from which carbon is compressed and heated deep within the Earth to produce diamonds.