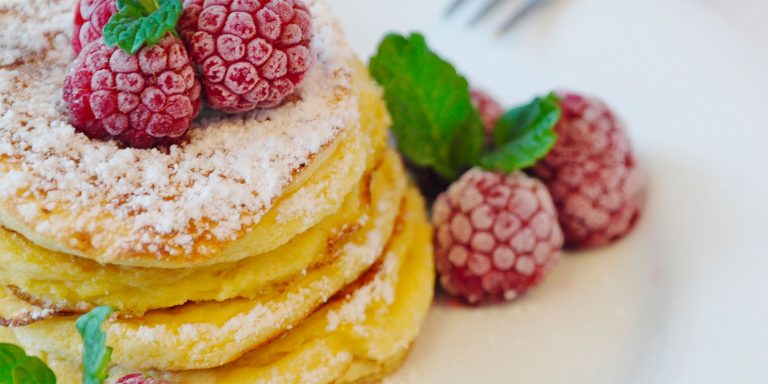 One of the odder accidental discoveries in recent memory.

Some incredible things have invented by accident. Coca-Cola was supposed to be a stomach medication. Post-It Notes were the result of an attempt to create super strong glue. YouTube was a video dating site. Penicillin was the mold that inadvertently grew on a different experiment.

I’m not sure this accidental invention will join that pantheon.

A team of scientists at University College London was recently trying to find a cure for glaucoma — and instead, they accidentally discovered the recipe for perfect pancakes.

So how could it possibly have happened? Weirdly enough, our eyes and pancakes apparently have a lot in common from a physics perspective.

So the scientists started making different types of pancakes, analyzing the ratio of liquid to flour, and tracking how it affected the size, quality and liquid retention of the pancakes.

In the end, they did NOT achieve their stated goal of curing glaucoma (and, from their statements, it’s awfully hard to tell if they even made any tangible steps toward that goal). But on the bright side, they DID come up with the recipe for perfect pancakes.

A ratio of about 1.75 cups of water for every one cup of flour should get you a nice, smooth, perfectly browned pancake. Won’t do a damn thing for your eye pain, though.

Someone pass this along to the Nobel prize committee.

11 Movies That Accidentally Turned Out Good

11 Most Absurd Inventions Created by MacGyver