We only see the finished casting on a TV show, but in the years or months before it finally makes it to us, there are plenty of other ways virtually every character on every show could’ve gone. Below are 11 confirmed stories of actors and actresses who auditioned for (what would become) legendary television characters.

1 | Alicia Silverstone as Angela on My So-Called Life 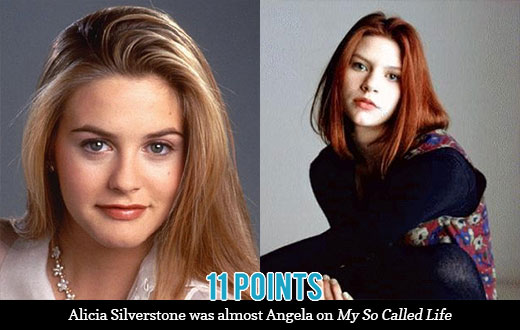 Had Alicia Silverstone, it would’ve (sadly) deprived us of her in Clueless. But it also might’ve stopped Homeland from happening 15 years later, which might’ve been worth it. 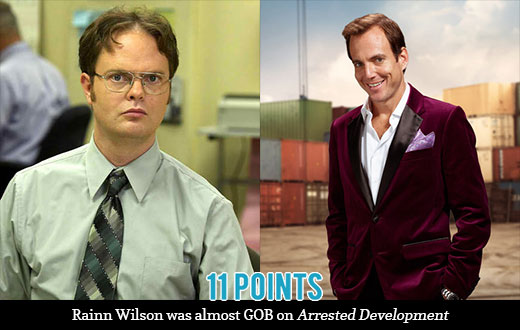 Rainn Wilson can bring a certain creepiness to a role, but it’s not quite the right creepiness for GOB. Mostly because we’d all find out Will Arnett is, in real life, GOB with just a few tiny tweaks. 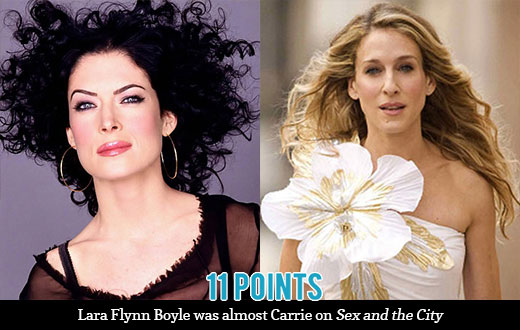 I think Lara Flynn Boyle carries (oh God no pun intended) herself with a little too much sharp confidence for the part. It’s hard to imagine her rattling off a bunch of puns and wearing clown clothes with the required dorky sincerity. 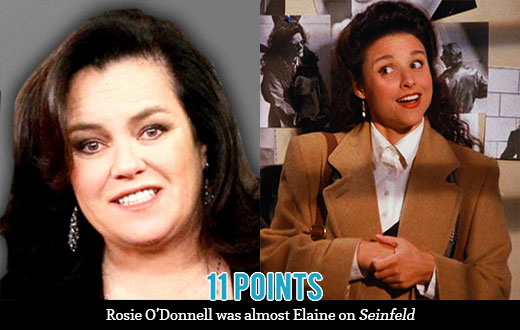 It’s hard to picture Rosie O’Donnell and Jerry Seinfeld dating, and since that was the initial relationship between the Elaine and Jerry, the casting choice goes off the rails. Also, Rosie’s bullying style would’ve been too overt and blunt. The key to Elaine was subtly keeping the three guys in check by always hinting that they were idiots who weren’t quite up to her level. 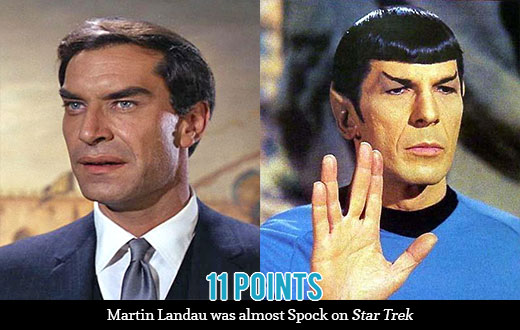 I thought this one was ridiculous since Leonard Nimoy’s Spock is one of the most iconic TV characters ever, but looking at that period specific Martin Landau photo, he’s got a surprisingly Vulcanesque look.

6 | Mickey Rooney as Archie Bunker on All In the Family 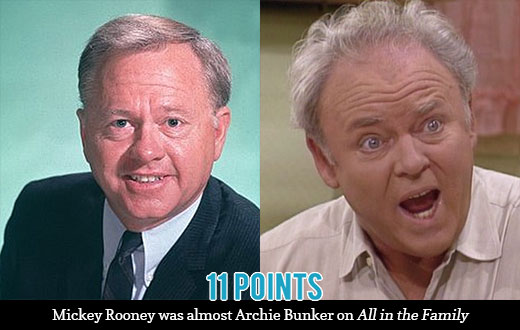 This could’ve been one of the worst casting decisions ever. There’s nothing about Archie Bunker that would’ve worked if he was 5-foot-2.

7 | Michael Richards as Monk on Monk 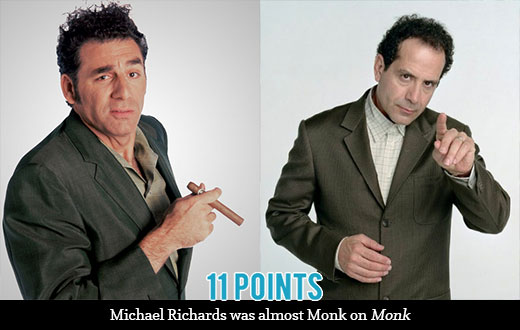 This is the first time I’ve seen the physical resemblance between Michael Richards and Tony Shaloub, but it’s there. Monk would’ve been a very different show with Michael Richards. I’m not sure Monk could’ve even been obsessive-compulsive, it’s hard to play that for gigantic slapstick.

8 | Paul Giamatti as Michael Scott on The Office 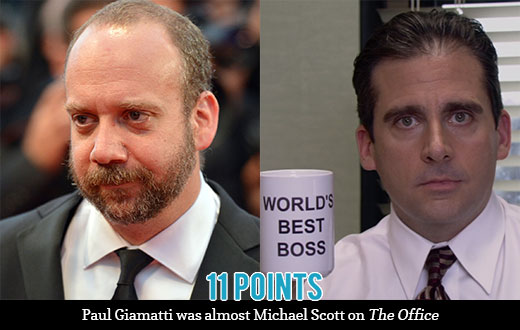 This one’s interesting, because Paul Giamatti might’ve been better casting if The Office had stuck with its initial plan of just redoing the British version beat-for-beat. I feel like Paul Giamatti would’ve been more convincing as a David Brent type, hitting the Ricky Gervais mumble-comedy. Steve Carell was, however, the right choice for the unique Michael Scott — especially once the American Office did 749 episodes versus the British version’s 13.

9 | Jon Favreau as Chandler on Friends 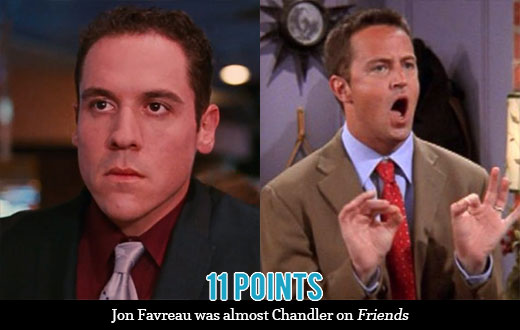 Could that be any stranger of a possibility? Matthew Perry was certainly irreplaceable as Chandler, especially in the early days of Friends when his non-sequitur jokes and ’90s cynicism became the show’s biggest hook. (Plus, if Jon Favreau had been Chandler, he couldn’t have gone on the show as a guest and followed his dreams to ultimate fighting.) 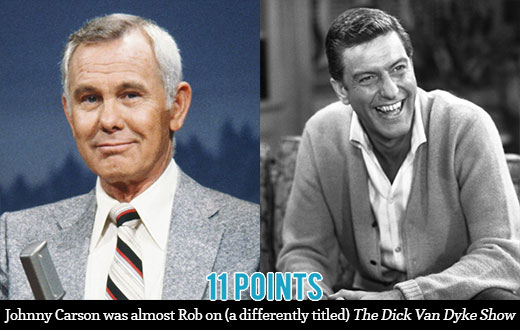 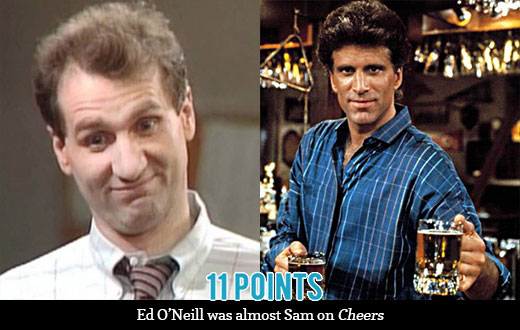 11 Famous Bands Who Used to Have Very Different Names