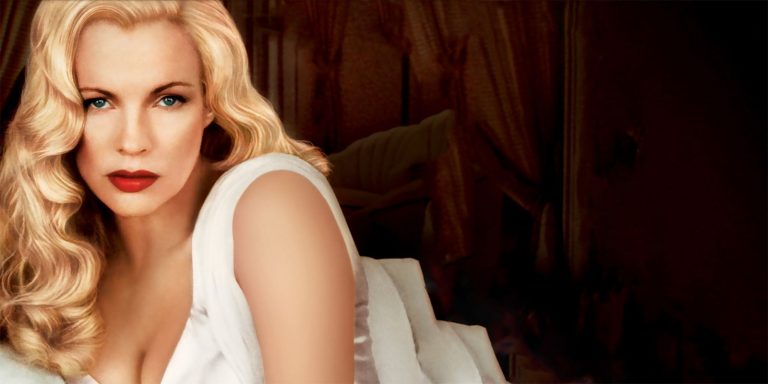 There might not be a more direct path to winning an Oscar than by playing a prostitute — from the first Oscars through today.

I was rewatching L.A. Confidential recently and had totally forgotten that Kim Basinger was a prostitute. And that she’d won an Oscar for playing said prostitute.

And then I thought about how Julia Roberts also won for Pretty Woman where she played a prostitute. (I was wrong — for the first time in my life, by the way — she was nominated but didn’t win.)

And then I thought about how Jon Voight also won for Midnight Cowboy where he played a prostitute. (I was wrong again — for the fourth time in my life [in between Elizabeth Shue and Jon Voight I randomly tried to solve some logarithm equations] — he was nominated and didn’t win.)

Anyway, after thinking of all those people who won (or, in my mind, won), I started researching prostitute roles that won Oscars. And there are a ton of them.

Beyond Kim Basinger, I found 12 other actresses who won Best Actress or Best Supporting Actress for playing a prostitute. I mean, that’s a pretty amazing rate. It’s like the Rooster Cogburn of female roles.

I picked 11 out of the 13 for this list. Mostly, I tried to pick actresses that most people have heard of or who had a good story to go with their Oscar. Apologies to Claire Trevor and Anne Baxter who missed the cut. Had Claire Danes or Meredith Baxter-Birney played prostitutes and won Oscars, they probably would’ve made it.

Here are the 11 that made the list, in chronological order…

This was at the very first Academy Awards and Gaynor got it for her performances in a few different movies that year, not just her role as a prostitute in Street Angel. That only was a partial contribution to her win. Kind of the Oscar version of a half-and-half.

It was a long path from Mary Bailey in It’s a Wonderful Life to playing an Oscar-worthy prostitute seven years later. I guess they didn’t take into account all of the taxes they’d have to pay on those gifts to the Building and Loan.

Hayward plays a prostitute/drug addict/accused murderer who was sentenced to death in California. (It’s based on a real-life story.) Take note, actresses trying to win Oscars: A prostitute role is a spectacular path, but a prostitute who also murders people is a warp zone. Here’s an obscure analogy to illustrate:

Playing a prostitute : Going up the ramp and jumping through the hole in the mountain on Koopa Troopa Beach ::
Playing a murderous prostitute : Jumping over the first wall on Wario Stadium then jumping back over right in front of the finish line.

As a single mother, maybe prostitution *is* an easier way to pay the bills than turning your five kids into a traveling hippie band.

Another murderous prostitute, another win. This list could really use more hookers with hearts of gold. Like Melanie Griffith in Milk Money. That movie was fantastic.

The “BU” being capitalized isn’t a typo. They actually made it that way to simulate the old telephone number style where you’d give the first three digits by saying a word and then a number. (BUtterfield 8 meant a 288 phone number.) For more, consult your local library.

To find out what a library is, consult your local Internet.

Really good movie. Could’ve led to even bigger things for Jane Fonda but she headed to Hanoi shortly after the win, stepped up her anti-war activism and didn’t have another hit for several years. So you can either look at her cold spell after Klute as her activism being viewed as potential box office poison and scaring off the studios… or you can look at it as her taking time off from movies to focus on her activism. If you’re a crazy billionaire trying to win her heart, make sure you convince her you believe it’s the latter.

This was a hell of a year for prostitutes at the Oscars. Of the 10 lead/supporting actress nominations, three were prostitutes: Elizabeth Shue for Leaving Las Vegas, Sharon Stone for Casino (at least I think it was implied she was a prostitute), and Sorvino. The other two lost out to Susan Sarandon for Dead Man Walking. I don’t believe she was a prostitute in that, but the mid-’90s are fairly fuzzy in my memories at this point.

Although she really should’ve won it for her character work in Wayne’s World 2.

What’s that? You didn’t remember she was in Wayne’s World 2 because you only watched it once back when it came out and said, “Oh this is kinda disappointing” and then never watched it again?

Give it another look. It’s actually stood the test of time and, unlike a lot of sequels to catchphrase movies, it isn’t just nonstop callbacks.

Prostitute-turned-serial killer. I take back what I said earlier about prostitute good, prostitute + murderer better…

(I was going to say “biggest lock since the Panana Canal” but I thought that horrible, horrible pun would undermine the impact of the point I was making.)