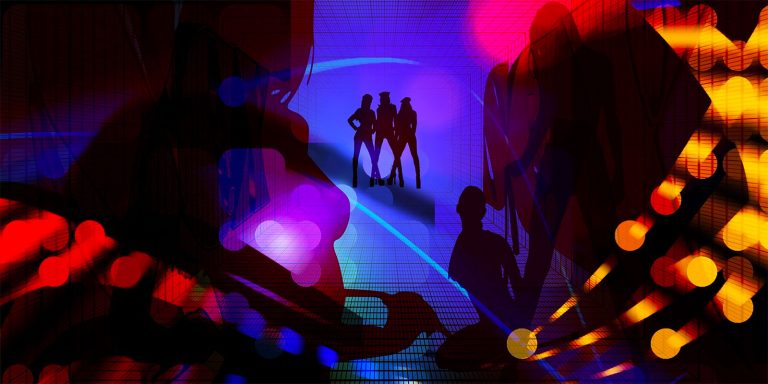 Does asking “Are you a cop?” really matter? How did prostitution kill the $2 bill? And much more.

Usually I tie the preamble of the lists to something going on in my life that inspired me to write the list. That is not the case for this one. I was not trolling around, like Barry Zuckerkorn in the City of Industry, looking for prostitutes, and thought to myself: Hey, I should do a list about this! I just happened to have the idea pop into my head.

And that’s why, today, we have a list about prostitutes. Enjoy.

1 | MYTH: An undercover cop picking up a hooker has to identify himself as a cop if you ask

Whenever you see a hooker in a movie or on TV, as soon as a guy picks her up she asks: “You a cop?” (He never is, so she gets in the car, and then they inevitably get busted by the actual cops. How often does someone pick up a cop in a movie/TV show and not get arrested? One out of every 1,000?)

Unfortunately for real prostitutes, that’s based off an urban legend. Cops NEVER have to identify themselves or tell the truth in any situation. It’s part of the deal.

This also doesn’t constitute entrapment, because that only covers when a cop leads someone in to an illegal activity they wouldn’t have gotten into without the cop’s involvement.

It gets a little dicier when a cop poses as a prostitute to bust potential johns, since that could constitute entrapment. The cop still doesn’t have to identify his or herself if you ask… but, if they approach you first and ask if you’re looking for a good time, sugar, a decent lawyer might be able to get you off the hook.

2 | FACT: Prostitution is one of the most dangerous professions in the country

A whole bunch of magazines like to release lists of the “most dangerous jobs” and number one is always fisherman, or logger or oil man. Well… prostitution, by the numbers, is riskier than all of those.

Of course, neither of those are as anecdotally deadly as being a retired pro wrestler or U.S. president (which has a rate of 18,181 deaths for every 100,000)… and we don’t know the death rate for crack whores or Norm MacDonald’s favorite, assistant crack whores… but, end of the day, being a prostitute is really, really, really dangerous.

Also, the average prostitute gets physically (but non-lethally) attacked approximately once a month.

There were always rumors flying around that MLK had a thing for white hookers… but his close friend, Ralph David Abernathy, cleared that up in his autobiography, And the Walls Came Tumbling Down…

A recent biography has suggested without quite saying so that Martin had affairs with white women as well as black. Such a suggestion is without foundation. I can say with the greatest confidence that he was never attracted to white women and had nothing to do with them, despite the opportunities that may have presented themselves.

You know, I personally dream of a day when prostitutes aren’t judged by the color of their skin but by the content of their half-and-half. But I also dream of being able to eat infinity donuts without needing Jerry Springer to come and forklift me out of my house. So my dreams aren’t always that solid.

4 | FACT: About 80,000 other actresses were asked to play the lead in Pretty Woman before Julia Roberts

Apparently, Julia Roberts was just about the last actress in the world that the producers wanted for Pretty Woman. I think it must’ve come down to her and Paula Poundstone.

In other words: Every single actress working at the time who was even remotely attractive.

5 | MYTH: Prostitution is legal in Nevada

The only time in my life I’ve been solicited by a prostitute was in Las Vegas. It was about 4:00 A.M., I was walking down the Strip, alone, back to my hotel room, and a lovely young lady very deftly sidled up next to me. (And she was black, Ralph David Abernathy, which I didn’t even think about.)

She started talking to me, dodging questions about herself and, eventually, telling me she was looking to keep someone company. I told her I wasn’t looking for that and we went our separate ways. I still regret not asking how much her company would’ve run me — not that I would’ve done it anyway, but it was a completely blown opportunity to get empirical data.

(I just used “blown” in a sentence about a prostitute but in regards to “empirical data.” That’s pretty much my personality in a nutshell.)

Anyway… that was illegal. While Nevada is the only U.S. state that has legalized prostitution, it’s only legal at regulated brothels in certain, smaller counties. The counties that contain Vegas and Reno are both too big to be prostitute-legal zones.

6 | MYTH: All hookers have hearts of gold

No matter what the movies tell you, they do not. Also, they do not contain nougat inside.

7 | MYTH: Craigslist pretends it isn’t the official home of prostitution on the Internet

Craigslist’s official policy is to carefully monitor its adult services section for illegal activity… but it knows where the money comes from. They’ve always charged $10 for adult services ads, and always gave that money to charity.

Until this year, when they quietly decided to start KEEPING all of their prostitution money. Craigslist stands to make $36 million in revenue this year from adult services ads. In other words: Craigslist has become the most profitable pimp in the United States.

8 | MYTH: Men pay for sex because they’re unhappy with what their wives are giving ’em back at home

According to a survey, that’s actually only the third-most popular reason for going to a hooker. Number one is a spontaneous desire to satisfy an urge for sex; and number two is to experience a certain racial or sexual fetish. (Like having a Thai woman tie you down. Or a black woman hit you with a blackjack. This pun train can keep going, all the way through what a woman from Liechtenstein will do to you.)

9 | MYTH: Sorority houses were banned in several states because, technically, that many women together legally constituted a brothel

There was definitely this myth on my campus when I was in school — people said sorority houses couldn’t exist until the ’70s or ’80s because six or more unrelated women living in the same house legally constituted a brothel. Not true. No documentation has ever been found on a law like that in any city in the U.S.

In the early 1900s, when the government was still trying to push the $2 bill (aka the American Toonie), the going rate for a prostitute was, coincidentally enough, $2 a night. (These days, you can still find deals like that, but you’d better have a raging stretch mark fetish.)

Eventually, $2 bills became associated with prostitution… so guys who were carrying them were roped in as johns, whether fairly or not. It’s kind of like today when an athlete decided to go to USC, we assume he’s making a great salary there, whether it’s true or not.

That tainted the $2 bill and, while that alone didn’t kill it, it helped stigmatize it and make it less popular. (Although the $2 bill is still alive. According to The Government, as of April 2007, there were $1.549 billion worth of $2 bills still in circulation.)

11 | FACT: In the U.S., prostitutes get busted more often than johns

So, if you want to play the odds, follow the lead of your wise elected leaders and make sure you’re the one paying for sex, not selling it.