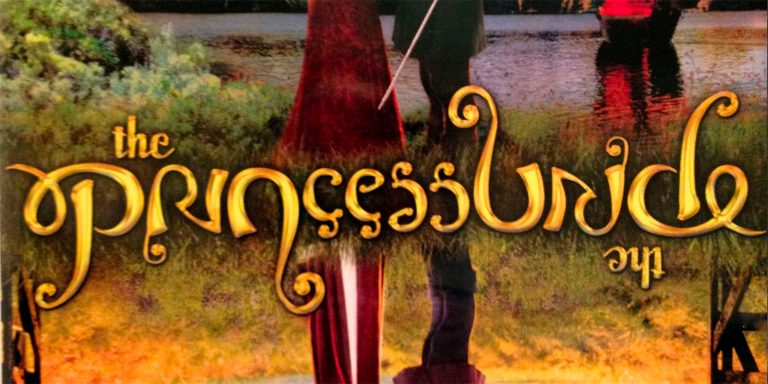 Ambigrams are a type of art that spells out a different message upside-down. Here are some great ones.

I’m visiting my parents in suburban Cleveland right now. Last night we sat down as a family to watch Angels and Demons. To stave off certain suicide, I decided to focus on the one nerdtastically-stimulating element of the story: The ambigrams.

For those unfamiliar with that term (which, I’m guessing, is most people — I had certainly never heard it until I went digging), an ambigram is a word that’s drawn so that it can be read whether you look at it normally or upside-down. (Sometimes it also includes a word that’s the same when viewed in a mirror. And sometimes, the word you see upside-down isn’t the same as the word you see normally, but rather a complementary word. Basically, the rules are loose. Just roll with it.)

Angels and Demons makes heavy use of ambigrams (the best one is in the list below) — and, if the Internet is to be believed, Dan Brown is responsible for bringing ambigrams unprecedented levels of fame and popularity. See — he’s responsible for more than completely eradicating Louis L’Amour from airport bookstores!

Here are 11 great ambigrams, sure to delight your deep-seeded passion for wordplay… your love of typography… AND your natural human instinct toward finding symmetry.

1 | Illuminati (from Angels and Demons)

This is the Illuminati logo (do cults have logos? do they have to brainwash someone with Photoshop skills?) from Angels and Demons and the inspiration for this list. Dan Brown had an artist named John Langdon do this illustration… then paid tribute to Langdon by giving his main character that same last name.

(Then the filmmakers paid anti-tribute to all of that by grossly miscasting Tom Hanks in the role. Look, I get that if Tom Hanks wants in, you cast him, even if you’re trying to cast the lead role for something like Precious: Based On the Novel ‘Push’ By Sapphire… but he’s just not at the “budding action hero” point of his career. He’s rapidly approaching the Morgan Freeman “I have gravitas, now cut the damn check” point.) 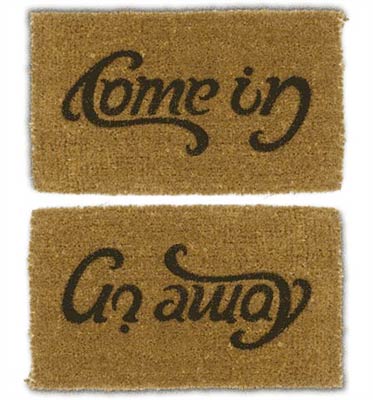 Of course, since people rarely, if ever, get in the habit of regularly rotating their doormats 180 degrees, whichever side you initially choose is going to be the message you send for quite some time.

And I firmly recommend the “Go away” side. I realized this ever since I started working at home and realized that there is absolutely zero incentive for me to ever answer when someone rings the doorbell (unless I’m expecting a package). Otherwise, there’s a 99 percent chance the person there wants you to stop your productivity cold to do something for them. Buy knives, save the wetlands, loan some gardening tools, switch religions right quick. Forget it. Go away. No ambigram required.

(That might be my biggest “whoa, I’m becoming an old man right before your eyes” rant ever on this website.) 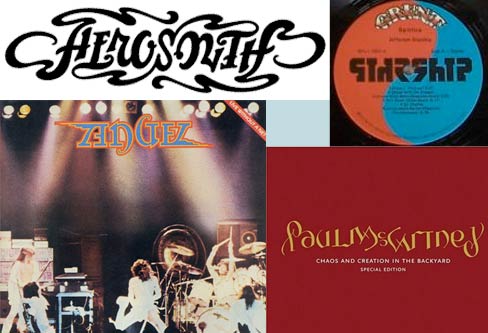 Anytime there’s something artistic and faux-edgy involving fonts, bands are sure to be all over it. They live for that stuff. Just try to stop them. (Especially Starship. Nothing’s gonna stop them.)

I feel like “choosing your official font” is really an underrated part of forming a band. And sure, as an episode of Full House once taught us, you should work on actually rehearsing music and not all the extraneous stuff or you might knock the mic off the stage when you’re covering Ace of Base’s The Sign… but still, after your first rehearsal, have a serious font discussion. 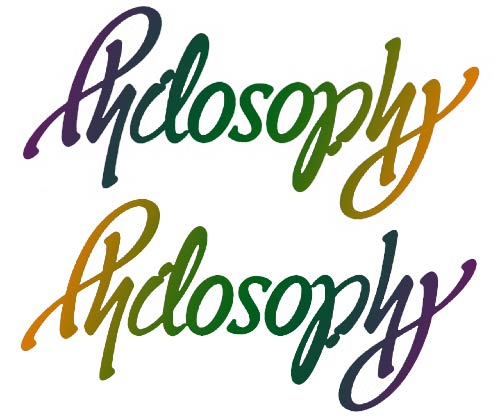 I chose this one because it’s one of the most natural-looking ambigrams I could fine. There are no extraneous flourishes, random swooshes, or letters like “l” or “i” with a bunch of little lines jutting out to make an “E” or “f” upside-down. It’s pure. The British version of the first Harry Potter book would be so proud. 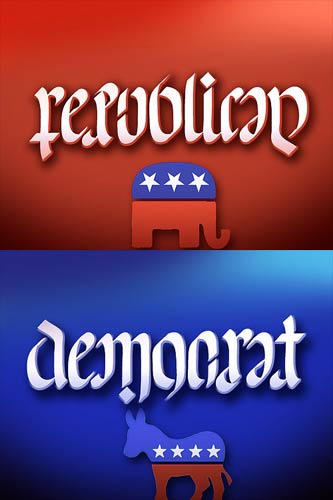 Even though the art on this one left a little bit to be desired — “republican” reads like “fe-penis-ublic-schwa-p” — I have a particular affinity for the amibgrams that have symbolically complementary messages when you flip them around. 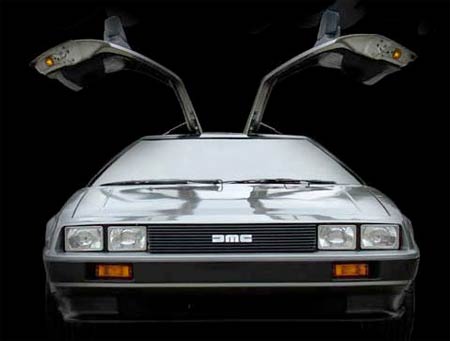 Definitely the laziest one on the list — the Delorean Motor Company’s “DMC” logo looks the same when mirrored — but if I don’t include the Delorean then the Libyans win. 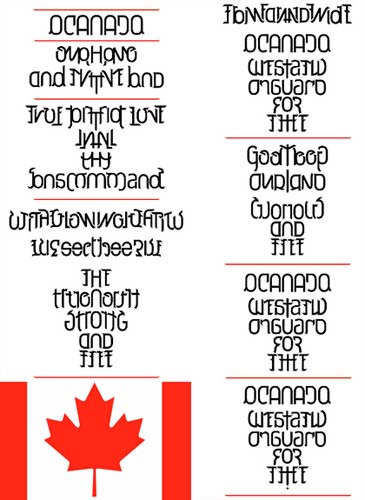 OK. So this one is brazenly imperfect and asks you to meet it WAY more than halfway (like the Bluths using the metaphor of “crowning” for sex). But the mere fact that the artist even got THIS close to ambigraminating the entire Canadian national anthem shows me he’s ready to be included on this list. 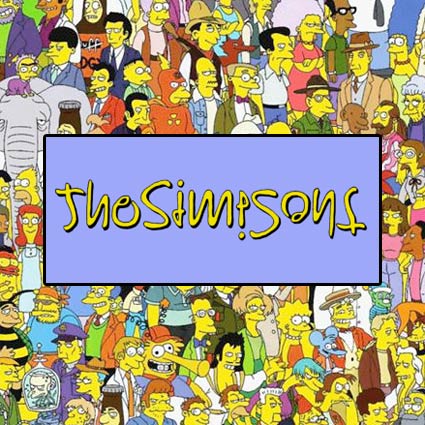 Huge bonus points for doing the ambigram in The Simpsons font (and not the Olde English lettering that seems to dominate the ambigram world — ESPECIALLY the ambigram tattoo world that I haven’t talked about but, man, does it exist). I added the Faces of Springfield graphic behind it, which is why that doesn’t look the same either direction. Although the Capital City Goofball could really look like Barney if you tweaked it properly… 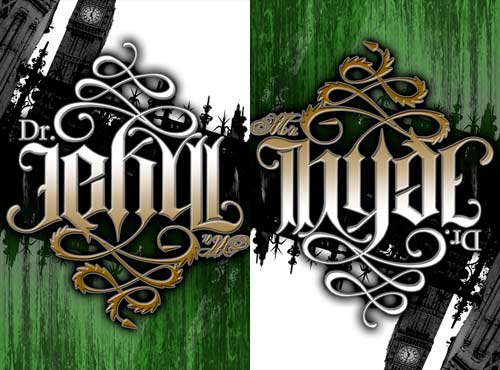 This is another one that has such strong symbolic duality that the nerd in me couldn’t resist it. Now if only someone would do a Brooks/Gaines one I’d be complete. 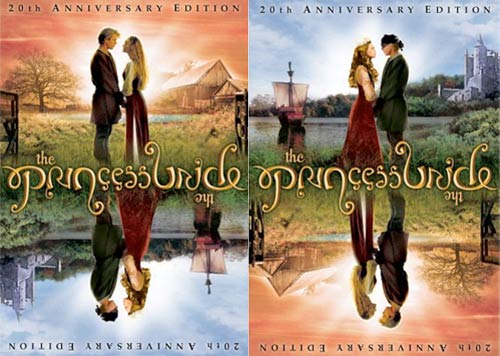 When I found this one (which is beautifully done, by the way), there were website commenters discussing it… and one said he hates it because it contains a “major spoiler.” Really? Do people actually watch Princess Bride and not realize in three seconds (like you’re supposed to) that Wesley is underneath the pirate’s mask? That’s like watching an episode of Curb Your Enthusiasm, seeing Larry do a favor for someone and that person not saying thank you… then being surprised when he obsesses about it.

This dual-message ambigram is by an artist named Kevin Pease and he even sells this design on t-shirts. Of course, in order to send the “Go fuck yourself” message you’d either have to stand on your head or give the person you’re talking to a tombstone piledriver, swerlie or standing 69… but, you know, t-shirts are cool.