I’m writing this list on a Macbook Air by Apple. There’s a decent chance you’re reading this list in Safari on an iPhone. (A more mobile-friendly version of this website is coming soon, by the way.)

Would all of that still be true if I were writing on a Bicycle Air by Matrix Electronics and you were reading in Freedom on a Telepod?

Apple is, perhaps, as branding and marketing focused as any major company ever. But occasionally, some of the brainstormed names for their products manage to leak out and allow us to envision an alternate Apple reality. I was surprised, in researching, that no one has ever collected all of those names in one place before.

Here are 11 Apple products (well, 10 and the company itself as the 11th) that were almost given very different names… 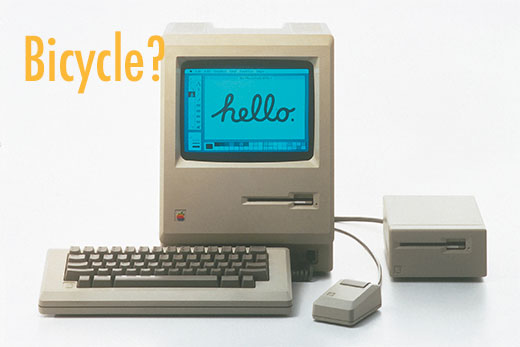 Steve Jobs really pushed hard for “Bicycle” (which is right in line with his “ruthless capitalist hippie” persona) and a marketing team came up with Allegro and Apple 40. Ultimately they decided to keep things in the Apple theme and went for McIntosh apples, but had to add an “a” to avoid stepping on another company’s trademark.

Telepod makes sense — it was a telephone iPod, after all, and the iPod had a ton of credibility as a brand back then. But apparently someone had the foresight to realize the “tele” aspect would become among the least important uses of a phone. They also considered iPad, which they put in their back pocket for later. As for Mobi and Tripod, I assume they were rejected due to their associations with a small bald DJ and the ’90s free web hosting platform for X-Files fan sites, respectively.

They rejected “Freedom” because they thought it sounded like a feminine hygiene product. Apparently that stopped being a basis of disqualification when they settled on “iPad” a few years later. 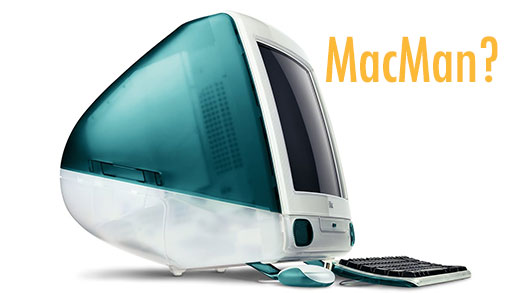 Jobs pushed hard for MacMan (it seems like he loses a decent number of naming battles), but caved to his team pushing for iMac. That decision would spawn Apple’s rampant use of the “i” prefix, which is now being phased out as newer products generally just start with the word “Apple.”

Apple developed FireWire with Sony and Texas Instruments, and they both brought their own names to the table. Sony wanted “i.Link,” with that uncomfortable period after the “i.” TI wanted “Lynx,” which isn’t a terrible pun (and Apple isn’t afraid of wordplay, like AirPort, but only if they come up with it). Apple rejected both and went with FireWire.

6 | Apple itself was almost called Executek or Matrix Electronics 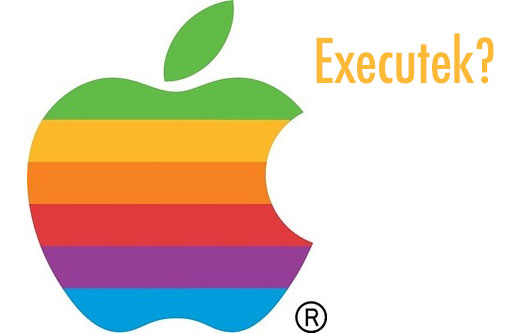 Both of those sound like evil corporations from futuristic sci-fi movies. Considering the options, the decision to go with “Apple” might just be the smartest one on this whole list.

Steve Jobs really didn’t like the idea of Apple making its own TV (even though we’re going on year 12 or so of the rumor that Apple has one in development). It’s possible he pushed for the name “Apple TV” for their set-top box to make it harder for the company to then branch off into a standalone television.

In the days leading up to the revealing of the third-generation iPad, the media unanimously agreed it was going to be called the iPad HD. Fox News was so sure they even published an (apparently prewritten) story on their website seconds after the unveiling with the headline “Apple unveils new iPad HD.” But Apple pulled an 11th hour switch and just called it “the new iPad.” It was a confusing decision that broke away from a standard numbering pattern (it followed the iPad and iPad 2) and, really, is one they probably regret, considering their future models wound up being erratically named the iPad with Retina Display, iPad Air and iPad Air 2.

9 | Siri was almost called anything but Siri

Apple didn’t create Siri, they purchased it from a company in Norway. Siri is a Norwegian name meaning “beautiful victorious counselor.” Jobs, almost out of principle, wanted to rename it. Apparently he tried finding something different to call it for months (although none of those brainstormed names has ever leaked), but could never find anything better than Siri.

10 | Lisa was almost called The Lisa

Apple’s early failed computer system was codenamed Lisa, possibly after Jobs’s first daughter. Eventually that name stuck, and they were going to call it The Lisa. But the team rebelled against that name, so they dropped the “The” and awkwardly tried to reverse engineer Lisa into an acronym for “Local Integrated System Architecture.” .

Apple almost certainly planned on calling their watch the iWatch. Tim Cook once accidentally called it that in public. The staff referred to that name all through development. And they trademarked the name “iWatch” in several countries, including Japan, Russia and Mexico. But that was the problem. A company called Probendi had a strong trademark on “iWatch” in Europe and immediately got litigious with Apple. Apple acquiesced and went with Apple Watch instead. Considering it’s the least popular of all of today’s Apple products (mediocre Beats headphones excluded) that seems like it was a good battle to pick.

There Are Now 17 Different iPads on Sale — Which One Should I Get?