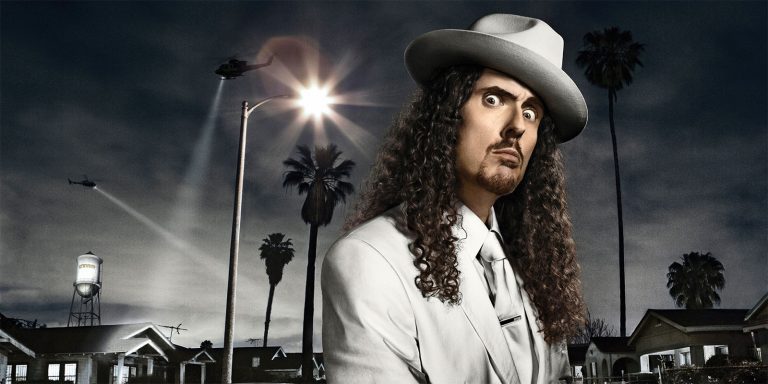 Some random artists have refused to give Weird Al permission to make parodies, including the Beatles, Prince, U2 and more.

Technically, “Weird” Al Yankovic doesn’t need to get permission to make a parody of a song. Because parody’s protected by fair use, he can take any song in the world and warp the lyrics to be about food or TV. But as a matter of personal principle, he gets an artist’s permission before releasing a parody.

Over the course of his 30-year career, most of the artists have said yes. Dave Grohl said that Weird Al’s Nirvana parody was a sign that they’d made it. Chamillionaire said Weird Al’s parody was the reason he got enough noteriety to win a Grammy. The Presidents of the USA changed one of the lyrics in Lump to match up with a line Weird Al used in Gump.

But, from time to time, artists haven’t been as magnanimous about the prospect of a Weird Al parody. These 11 all decided that their songs were out of Weird Al’s league and refused to give him permission to pizza-ize their babies.

Weird Al didn’t ask for permission to parody any of her solo work, obviously; I’m not sure that turning Walking On Thin Ice into something like Snacking On Thin Mints would’ve moved units. No, Al wanted to turn the Beatles song Free as a Bird into a song called Gee I’m a Nerd… and Paul passive-aggressively deferred to Yoko. She said no.

Al still performs Gee I’m a Nerd in concert. Not sure why he didn’t just take the same concept to Skynyrd and see if they were into it. After what they let Kid Rock do to Sweet Home Alabama it’s clear they’re not uber-protective of their classics.

Weird Al got permission from Blunt to make a parody of You’re Beautiful called You’re Pitiful. After he finished it, Blunt’s record company, Atlantic, freaked out that it might hurt the James Blunt brand.

(Normally this is where I’d make some bitchy comment like “if they thought that brand was too good for Weird Al, then clearly they’re taking the same branding community college classes as LeBron’s buddies.” But I’m not going to, because, truth be told, I enjoy listening to James Blunt’s breathless falsetto warbling.)

Al ended up leaving the song off of his album, and put the song up for free on MySpace.

I know, I’m shocked too that U2 doesn’t have a sense of humor about themselves.

Al made a parody of Numb called Green Eggs and Ham and even parodied the video, but couldn’t get U2 to sign off. So he never released the song. U2 would descend into pure self-parody shortly thereafter.

This became Weird Al’s most famous scandal. So Al parodied Coolio’s Gangsta’s Paradise with his song Amish Paradise. He thought he had Coolio’s blessing — apparently that’s what Coolio’s record company told him — but later, Coolio said he was offended by the song and never gave up permission.

Coolio’s indignation wasn’t strong enough, however, to keep him from collecting the royalties that came his way from Al’s parody. It’s like the people who call their Congressman to freak out about how Obama is socializing medicine and how the government needs to stay away from health care… and then say “And I can’t believe you’re cutting Medicare, I need it to live.”

Eventually they met and made peace. (Al and Coolio. Not angry, confused constituents and their Congressmen.)

Eminem gave Weird Al permission to make a parody of Lose Yourself called Couch Potato… but asked him not to release it as a single or make a video, because that could hurt Eminem’s image.

(This was long before Eminem got involved in his highest-profile rap feud… with Triumph the Insult Dog… and made an album where he rapped in Triumph’s voice on half of the songs. If America wasn’t so forgiving of its beloved white rappers his image never would’ve been able to bounce back from that like it did.)

Weird Al wanted to parody Live and Let Die with a song called Chicken Pot Pie. Paul turned him down because a song about a chicken pot pie worked in direct opposition to his vegetarianism. Apparently Paul McCartney hasn’t heard that you don’t make friends with salad.

Al says that, for a while there, he’d go to Prince after almost every major hit and ask for permission to make a parody. He wanted to make a song off of Let’s Go Crazy — Prince said no. When Doves Cry — another no. Purple Rain — another no. Once upon a time, Al said he was going to keep asking Prince every few years to see if he’d change his stance.

Prince hasn’t had a real hit in 15+ years, so I guess Weird Al has stopped the tradition.

Michael gave permission on two of the parodies that ended up bringing Weird Al his first major breakthrough; Fat and Eat It remain two of Al’s most famous songs.

When Al went back almost a decade later to see if he could get Michael’s permission to parody Black Or White, though, he got a “no.” Michael felt the subject matter was too serious for parody. (Not too serious to have a video starring Macaulay Culkin, but that’s another topic for another day.)

Al went ahead and made Snack All Night anyway, but never released it.

Weird Al wanted to make a polka medley out of Led Zeppelin’s songs, and Jimmy Page balked. Many, many years later, though, Page did give Al permission to use a sample of Black Dog in the background of a parody of R. Kelly’s Trapped In the Closet. Because no matter how personally attached you are to your own music, everyone in the world wants to be a part of ripping on Trapped In the Closet.

In a classic, classic case of someone misunderstanding his status on the music food chain, Daniel Powter wouldn’t give permission to Al to parody Bad Day. He just refused.

Until… right before Al was set to hit the studio to record his new album and Daniel Powter had a change of heart. In a rare double denial, Al said it was too late, and he rejected Powter. Powter hasn’t been heard from since.

Back before Weird Al decided he was going to only do gentle parodies, he recorded a roast of Billy Joel to the tune of It’s Still Rock and Roll To Me. Al called the song It’s Still Billy Joel To Me and went after Joel’s music for being lame, derivative and generic.

A huge departure from how he would’ve handled a Billy Joel parody in the future, when he’d want to make something like Captain Jack Sparrow or She’s Always A Wookie or I Go To Extreme Makeover: Home Editions. And now he can never make any of those, because he parodied and offended Billy Joel without prior permission.