In honor of the start of college football season, here are some mascots that aren’t giving their team an edge.

College football season kicks off today, so I thought I’d bust out a college sports-themed list.

While most schools opt for an intimidating, ferocious mascot (“Who are we? The Wildcats! Who are we gonna beat? The Wildcats!”), occasionally, things don’t shake out quite that way. These are 11 colleges and universities across the U.S. with very unintimidating mascots. 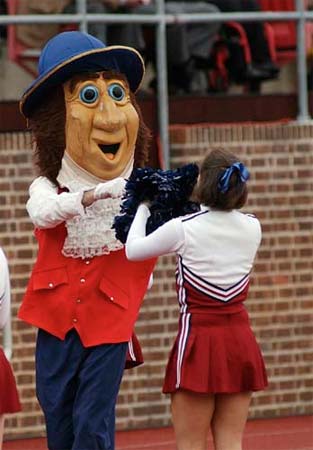 Because nothing says “intimidation” like a mascot from a religion founded on pacifism. They’re even less intimidating than the Bombay State Gandhis. 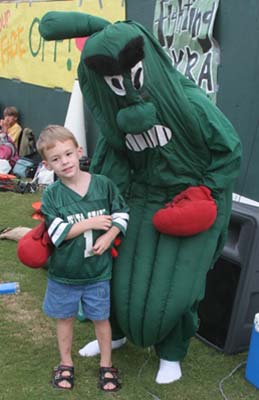 Delta State’s official mascot was supposed to be the Statesman. The students made a huge push to get the Fighting Okra a co-credit because they felt that… a statesman wasn’t intimidating enough. Are people in Mississippi more afraid of vegetables than of the government? I think right now, statistics show they’re not big fans of either. 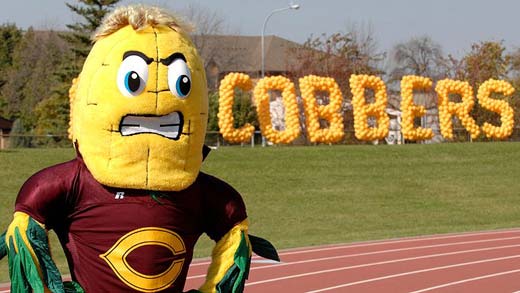 I actually know a guy who went to Concordia College. Somehow he never mentioned the mascot. Perhaps because an angry ear of corn isn’t going to scare off any opponents, it’s just going butter them up. (Whatever. I don’t think puns are corny. Aw shucks, I did it again.) 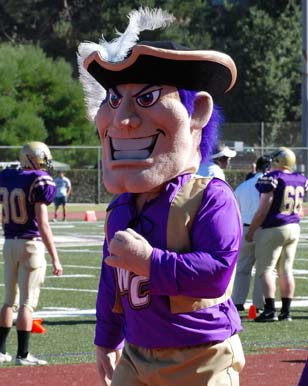 Whittier is named after a poet, John Greenleaf Whittier. And if that mascot is to be believed, he was one very angry poet. Had he lived today, even with that square jaw and Gaston-esque sneer, he totally would’ve ended up a goth kid. 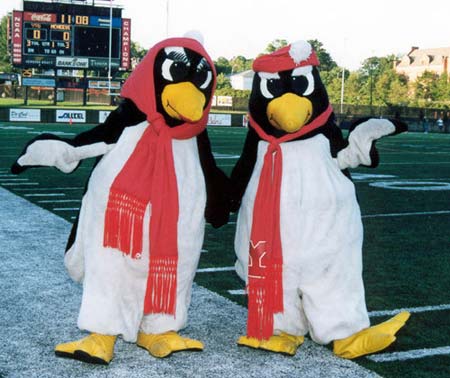 I like that they have two penguins and they appear to be in love. Penguins might be one of the most universally adored animals, just ahead of pandas and droopy dogs (and four thousand steps above silverfish and Manimal). They’re beloved; and just not a scary mascot. (It’s why no one’s afraid to play the Linux programmers in basketball.)

6 | University of Texas at Dallas Comets 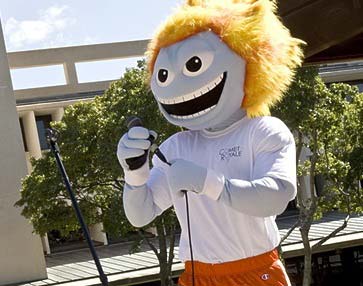 I get that it’s supposed to resemble a trail of Space Fire coming out of his head, but I strongly question the decision to make the mascot a ginger. 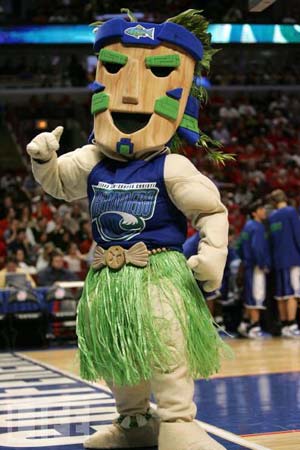 The nickname isn’t the non-sequitur it initially appears to be; TAMU-CC is actually on Ward Island in Corpus Christi. That being said, Ward Island is much more a “naval base” kind of island and much less a “tiki torches, hula and wooden masks” kind of island. If the green eyebrows don’t seal the mascot’s fate on this list, the grass skirt does.

8 | University of North Carolina School of the Arts Fighting Pickles 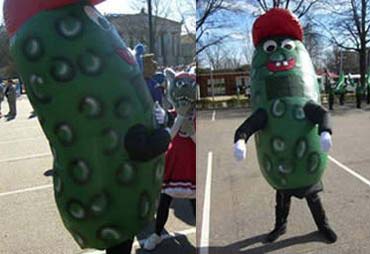 Even though UNCSA doesn’t have any official athletic teams, they still swear by this mascot. I guess he goes and cheers at chess matches or debates. A buck-toothed pickle hardly strikes fear in anyone’s heart. Except maybe this woman… 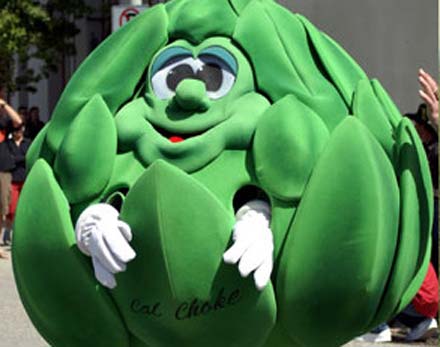 Apparently, in the late ’70s, the students voted in this mascot as a way of making the school’s sports department as unattractive as possible to prospective athletes. They were afraid that Scottsdale Community College was going to take funds and channel them into making the school a sports powerhouse — ya know, like most community colleges (?) — so they voted in the artichoke. It just beat out the Rutabagas.

Anyway, for more on the art of choking see James, LeBron. 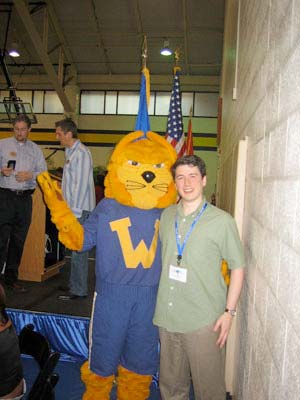 What’s a gorlok? It’s a mythical creature. Why have you never heard of it? Because the myth was created… and now only exists… at Webster University. A gorlok has the paws of a cheetah (for speed), the horns of a buffalo (for toughness) and the face of a Saint Bernard (for, uh, licking?)

Even with all of that put together, intimidation doesn’t set in when you have to ask “Wait… what is that thing again?” It’s the same problem that Manbearpig always seems to have. 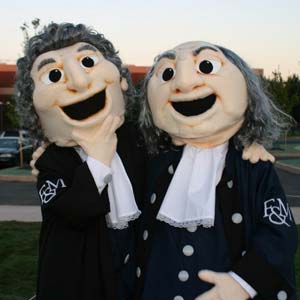 Weird, I never thought Waldorf and Statler’s comments were even REMOTELY diplomatic.