Fox has tried over and over to draft off The Simpsons to launch other shows. It has rarely ever worked.

FOX has really tried to springboard some crappy shows by putting them on at 8:30, right after The Simpsons. 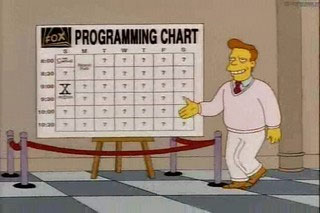 This list took me forever to research (finding old broadcast schedules is relatively easy, but finding ones that include midseason and/or summer replacements is damn near impossible)… but, ultimately, I dug up 11 terrible, terrible shows that FOX tried to piggyback off of The Simpsons.

And I didn’t even have to cop out and put in American Dad, King of the Hill or Family Guy, thus leading to unbearable fanboy discussions in the comments.

Here are 11 awful shows that FOX tried to springboard using the powerful lead-in from The Simpsons… all 11 of which crashed and burned. 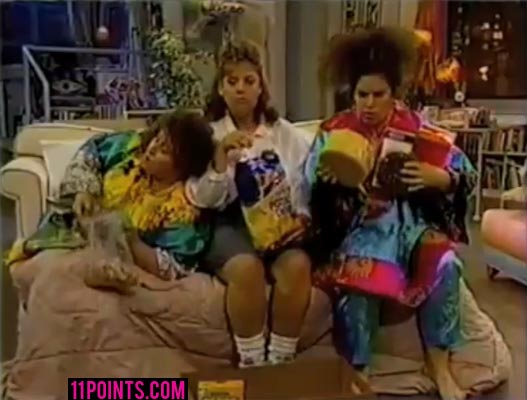 Babes was the first show that FOX ever tried to piggyback off The Simpsons… back during the first Simpsons season where the focus of the show was on Bart and his catchphrases (“Underachiever and proud of it, man”) and it looked like Dr. Marvin Monroe and Bleeding Gums Murphy were going to be forced upon us as recurring characters.

And yet, as rough as all that sounds… Babes sounds rougher. I have only hazy, hazy memories of it, so I consulted the Liberal Media and got this write-up of Babes:

“The series followed the lives of the Gilbert sisters, a trio of plump sisters … shar[ing] a small apartment in New York City. It was produced by Dolly Parton … Parton even guest-starred as herself in [an] episode.”

Apparently, the show was controversial at first because it made a bunch of fat jokes… then eventually switched gears and embraced the notion that chubbiness equals godliness… then quickly got canceled after one season.

This is not to be confused with the FOX show Studs… the show that really blazed the trail for VH1’s entire lineup of hepitastic dating shows. 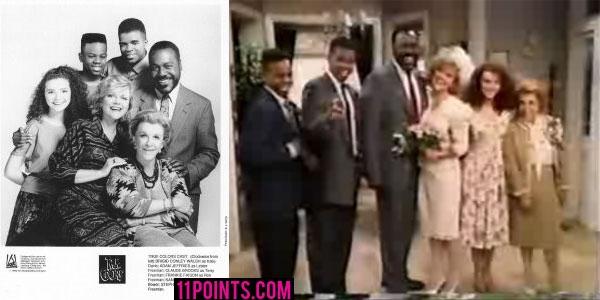 True Colors was another sitcom from the FOX “edgy” years… back before black sitcoms migrated to UPN, and then eventually disappeared altogether.

True Colors was like (and probably pitched as) an interracial Brady Bunch. I’d completely forgotten about it until I started working on this list, but I have a VIVID memory of one of the promos. A little white girl meets her new black siblings and, with her sass turned up to 11, says, “I always wanted a brother, I didn’t realize he’d be a BROTHA!”

The laugh track thought that was the funniest thing ever said in the history of mankind. And while actual humans didn’t necessarily agree, True Colors actually managed to survive 39 episodes. 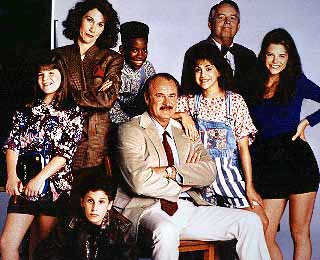 Zero memory of this one. Apparently, it starred Dabney Coleman (who’s one of those “hey, it’s that guy!” actors) as a disgraced businessman who was busted for tax evasion and sentenced to work as a fifth grade teacher in Iowa.

It starred a bunch of “cute” kids, including, if the photo below is any indication, a poor man’s Arsenio (and he was already a poor man’s Eddie Murphy) and a super-young Jason Biggs.

The Simpsons lead-in was once again not even good enough to get it off the ground, as it was canceled midseason after 18 episodes. 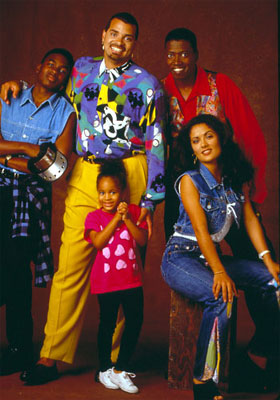 This sitcom came toward the end of TV executives’ inexplicable belief that Sinbad was marketable. FOX gave him a sitcom where he played a bachelor who suddenly adopts two orphans.

One of the orphans was actually played by Willie Norwood Jr… better known today as Ray J. (Singer of Sexy Can I… brother of Brandy… and prominent player in the aforementioned slate of VH1’s syphilirific dating shows.) 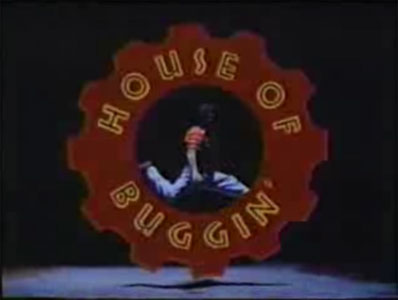 Sure, FOX canceled In Living Color… but, apparently, they believed the non-white sketch show concept still had legs. So they gave John Leguizamo a Latino-themed sketch comedy show called House of Buggin’.

The show didn’t catch on, so FOX came to Leguizamo with a thought: What if we go ahead and replace your Latino cast with some white people? He balked and that was the end of House of Buggin’, after less than one full season.

With him out of the picture, FOX took the show’s creative team, unified them with the people at MAD magazine, and created MadTV.

Too Something was one of the many, many Seinfeld/Friends-influenced sitcoms during the “TV shows about friends hanging out in a New York apartment” era. In this iteration, two twentysomething guys lived together in an NYC apartment, worked at their boring jobs but had big career dreams, hung out with their female friends, and dated. (Also, if the picture below is any indication, they may or may not have been one-time members of Color Me Badd.)

It very well may have been decent (I read an archived review of the show that praised the writing) — but it was just too much a part of the dogpile of Seinfeldian clones to ever get any real traction.

And as bad as the name Too Something is, that was actually an upgrade from the original title, New York Daze. It lasted one season. 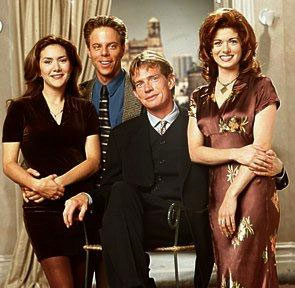 This very well may be the first sitcom name on the list that you recognized. This was Debra Messing’s first “Name and Name” sitcom… and far less successful than her next one (Will and Grace).

The premise here was that Ned (Thomas Haden Church) and Stacey got married for convenience — he needed a wife to get promoted at work, she needed a place to live.

Somehow, they got 46 episodes (two full seasons) out of that premise. After it was canceled, Messing went on to another sitcom about a sex-free co-ed living situation and Church… well, disappeared into rancher life for almost a decade until his career was magically transformed thanks to a movie about the magic of wine. 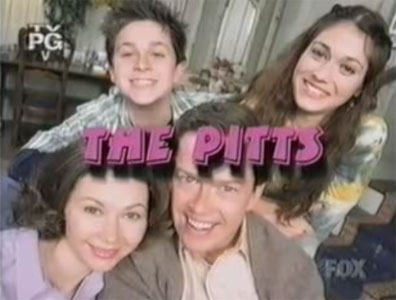 The Pitts wasn’t really an awful show — there was clearly some brainpower and comedic sensibility behind it — it just missed the mark. If you don’t remember it (and, since only five episodes aired, that’s probably the case), The Pitts was set up to be an absurdist parody of a sitcom. Like, the family accidentally become werewolves, all the while making corny jokes that are punctuated by a laugh track.

I think there were two issues with it. One: As much as the classic family sitcom deserves to be parodied, it’s a completely unsustainable premise — it’s better suited as an SNL or House of Buggin’ sketch than an actual TV series. 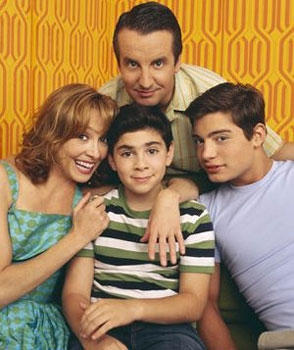 Period piece sitcoms are very, very hard to do — especially on a network that appeals to a demographic that wasn’t alive for that period. Oliver Beene was a less charming Wonder Years… Oliver was a little too much of a loser and this version of the ’60s looked (visually, not metaphorically) much more drab and depressing.

Also, as much as David Cross is wonderful… as the narrating older version of Oliver Beene, he was no Daniel Stern. And Oliver’s older brother Ted was certainly no Wayne. And all the girls combined weren’t Winnie Cooper. No girl will ever been Winnie Cooper. She, Kelly Kapowski and, to a lesser extent, Teela really sculpted my “type.” 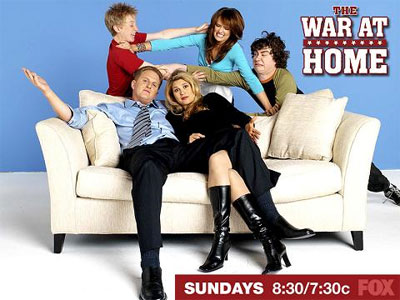 This show was part of FOX’s strange mid-’00s decision to do a bunch of CBS-style sitcoms. (All of which are now gone, by the way.)

Me and people of my ilk direct a particularly, and perhaps unfairly, high level of venom specifically at The War at Home, though… because it was the sitcom that replaced Arrested Development on FOX’s schedule. For the two years it was on, it served as FOX’s slap-in-the-face to Arrested fans, the boorish generic yin to Arrested‘s unique genius yang.

And I’m pretty sure they once made a big deal out of a Tila Tequila cameo. She was no Gene Parmesan. 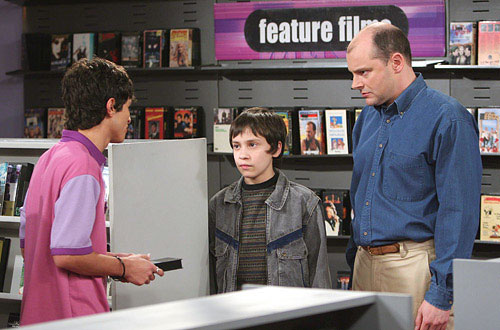 This show featured Rob Corddry, of Daily Show correspondent fame, playing Glen, a 31-year-old guy still living at home with his parents. I actually watched a few episodes and I remember it was mostly about Glen’s love for his neighbor, a single mother.

And that might’ve been the problem (the macro level problem; the micro level problem were the bad jokes and overbearing laugh track). The big problem: Somewhere in that premise and main plot line, there’s going to be something that hits too close to home for almost everyone in FOX’s demo.

It only lasted six episodes.

Coming next month, FOX will try out another new show after The Simpsons — this time it’s the Family Guy spinoff The Cleveland Show. Which stars a white guy doing the voice of the lead black character.

Should I already start clearing space to make it an addendum to this list?