Flags with armed animals, heads being chopped off and so much more.

I wanted to name this list “11 Flags That are Most Badass In a Vacuum” but I thought that would be confusing. “How did the flag end up in this vacuum?”, one might say. Can’t have that. We’re doing vexillology, not just straight vexing.

What I mean is — these are all flags that are badass in what they literally depict, not what they symbolically represent. So just because the flag represents a badass, dominating, whirling dervish of a country or branch of the military or whatever doesn’t mean they made this list. But if your flag features a bear eating a snake eating a Howitzer, you’re gonna make this list.

Here are 11 of the most badass flags in history. 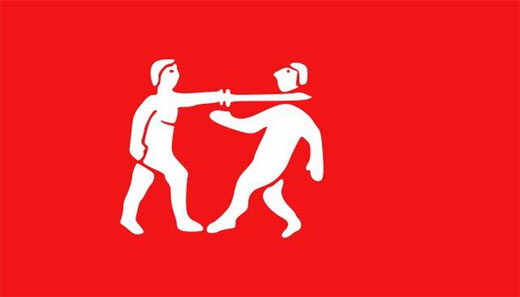 The Benin Empire was a small African state from 1440 to 1897. (It’s now part of Nigeria — not the country of Benin. Although if Benin’s flag did feature a man lopping off another man’s head they’d probably get more mainstream publicity.) I believe this is the only flag in history that ever featured a live-action decapitation. It’s pretty hard to find any flag that keeps it realer than that. 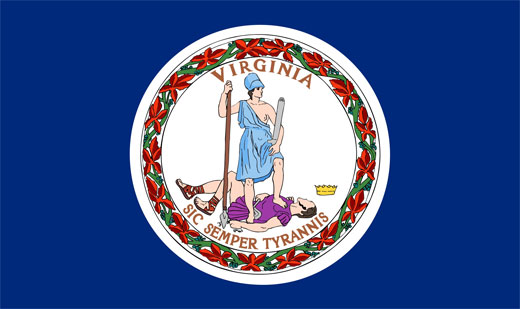 Virginia has the most aggressive American state flag. It’s not clear if the tyrannical Roman king was stabbed with the spear or the sort-of blunt sword. And also, it’s not clear why they went “SNES Mortal Kombat” and not “Genesis Mortal Kombat” and were scared to show blood. Also, TWIST, the person doing the stabbing is actually a woman modeled after Virtus, the Roman goddess of virtue and strength. Meaning she stabbed the king, managed to keep it bloodless, then just kinda let her breast pop out in celebration, Brandi Chastain style. 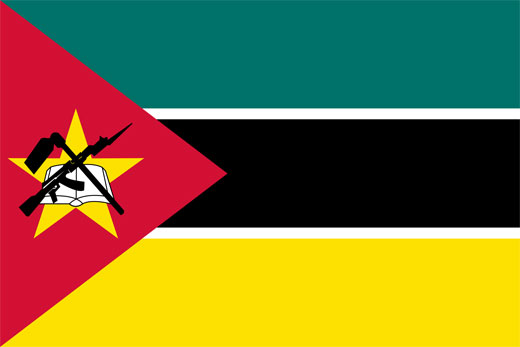 Sure, it’s the only country in world history that’s included an AK-47 on its flag. And yes, a simple AK-47 wasn’t good enough, they opted for AK-47 with a bayonet attached. But what’s really hardcore was their decision to also put a book on the flag. Because knowledge is power. And knowledge backed up by an assault rifle (and, to a lesser extent, the occasional hoe) is real power. 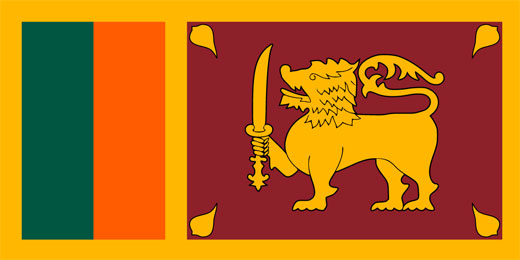 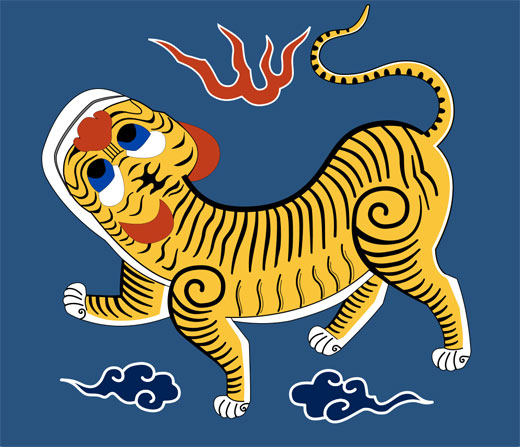 The Republic of Formosa lasted for approximately five months in 1895 on Taiwan before it was invaded by the Japanese. But in that five months they had time to make a flag starring a flying tiger that can shoot fire from its tail. That seems like it would’ve been the type of kaiju character that should’ve instilled irreconcilable fear into the hearts of the Japanese. The Republic of Formosa just went like 20 percent too cute with it. 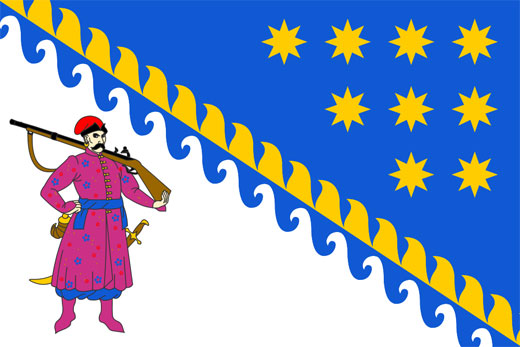 Dnipropetrivsk Oblast is a province in central Ukraine and, apparently, their mascot is a guy who hits the Slavik manliness superfecta: Massive gun, spare sword, hot pink full-body robe, and aspirationally thick mustache. 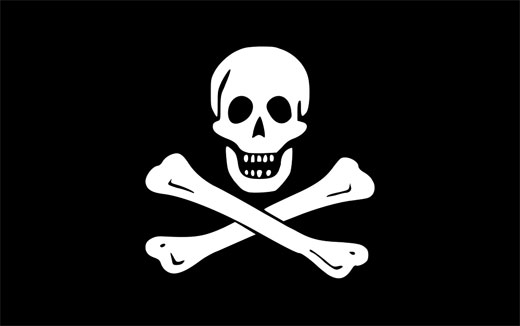 I chose this version of the classic pirate flag because when the skull is smiling I find it even more intimidating than when the skull is mean mugging. Because here, it’s like the pirates are happy to board your ship and drink your rum and steal your treasure and scuff up your deck with their peglegs and parrot feces. And maybe kill you, although that part is maybe less romanticized.

8 | The Australian flag (as edited by The Simpsons) 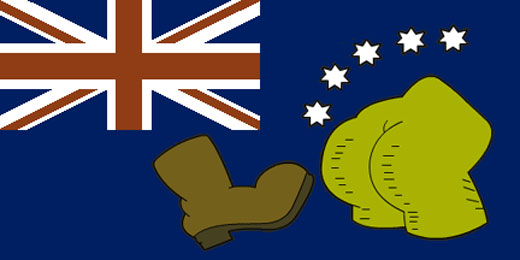 The regular Australian flag has history. But the Australian flag edited to pay homage to the country’s long-standing tradition of booting people in the buttocks (which I assume is a real thing)? That’s so aggressive it makes Aussie Rules Football look like a pillow fight. And a pillow fight for the purposes of being sexy, not where the participants are trying to win. 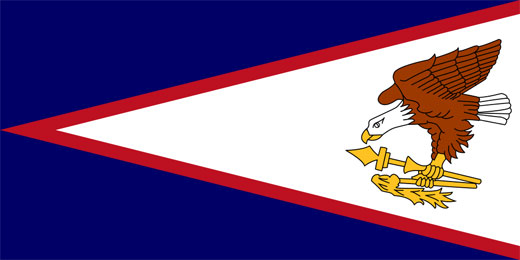 Sure, the American flag is iconic. But it’s nice that we’ve got a territory that was willing to do what Betsy Ross (or the flag-making committee she represents courtesy of folklore) didn’t do. American Samoa turned our eagle into a armed and dangerous defender of the truth. (This is especially important if you’ve ever heard what an eagle actually sounds like.) 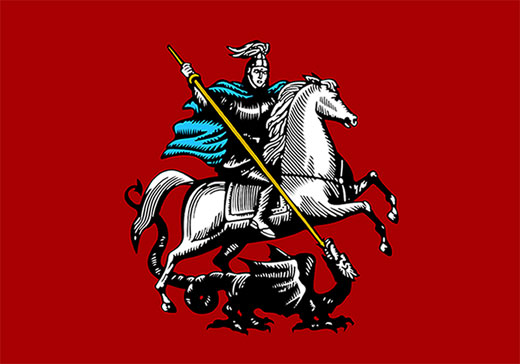 It’s one thing if your ancient flag shows a man on a horse stabbing a dragon — but Moscow adopted this flag in 1995. That’s extraordinarily aggressive for the go-go ’90s, even in post-Soviet Russia. (By the way, this is St. George slaying the dragon, which is a euphemism for sex with a woman on top of a man. That adds a whole extra layer to the flag. It’s both sex and aggression. So Freudian.) 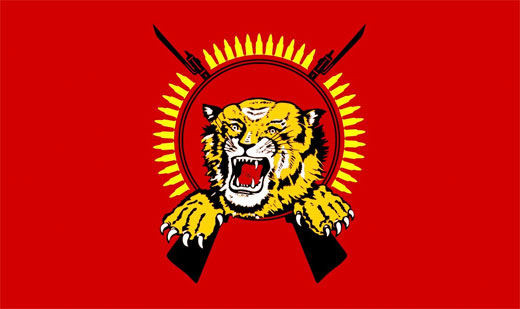 Tamil Eelam is a proposed country that would spliter off the north part of Sri Lanka. Their flag would be perfect if they ever have a militaristic spinoff of Saved by the Bell.

11 Most Badass Jews in History