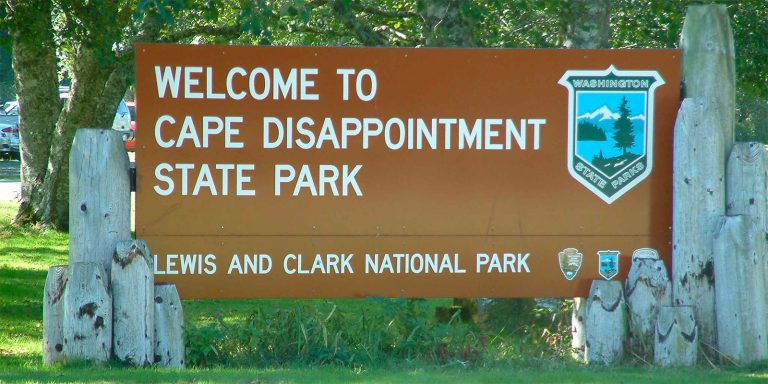 From Cape Disappointment, Washington to Boring, Maryland, these places are so damn self-loathing.

A few weeks ago, my list on the 150-calories-per-pint ice cream was inspired by a random Facebook post from a girl I haven’t talked to in 15 years. This list today was also inspired by a random Facebook post — this time from someone who I am pretty sure I’ve never met and actually have no idea how we ended up Facebook friends. I feel like that could inspire one of those pieces of Anthropologie quote art girls hang on their walls: “You never know who you’ll touch today.” (Or, conversely: “Creepy guys are reading everything you say.”)

Anyway, she posted that she was on her way to Cape Disappointment, Washington. I love that name. It reminds me of Fort Sensible from The Simpsons.

Here are 11 of the most depressing, bleak and melancholy place names in the U.S. I would say enjoy, but they’re unenjoyable, so, um, don’t enjoy…

This was the final stop on Lewis and Clark’s journey across the country. It wasn’t named Cape Disappointment because that was how they felt about the end of their trip — kind of the cartographical equivalent of a t-shirt saying “I just explored 3,000 miles and all I got was this lousy cape” — but it got that name because of the number of shipwrecks there. Still, no one ever bothered to change the name. Good on you, Washington.

Not good. Not bad. Just “Okay.” I put this one on this list under the philosophy of “inspiring indifference is worse than inspiring hate.” This town name is the epitome of picking ambivalent alliteration over strong substance. And I am ardently against any alliteration akin to that.

This town of 116 residents originally got its name because two highways intersected there in a “Y” shape. As for the more existential interpretation of the name… it’s something I’ve wondered myself on a lot of sad, slow drives in the dark from Phoenix back to L.A.

Frankly, I’m tired of everyone kicking Michigan when it’s down. Even its own bays. Didn’t you see the Chrysler commercials? Clint Eastwood is going to shoot you unless you start being nice to Michigan again. (Next initiative: We need to get Drew Carey or Marc Cohn to film a threatening commercial to get people back to respecting Cleveland.)

Boring wasn’t named for its boringness, but rather for a postmaster named David Boring. Which, in and of itself, is a boring way to name a town.

I found at least THREE Disappointment Peaks in this country — Wyoming, California and Washington. It’s not just a depressing name, it’s also so apropos — every little kid who goes on a family vacation to one of these and has to spend his whole day on a tour learning about nature feels his disappointment peak on Disappointment Peak.

How do you embarrass Minnesota? Use lite mayonnaise on a sandwich.

This place is aware that it has a name that’s so depressing and pseudo-edgy that it’s marketable. So they sell Hell, Michigan paraphernalia. Plenty of places do that: Weed, California; Intercourse, Pennsylvania; and even Little Dix Bay in the British Virgin Islands. More than any others on this list, Hell, Michigan, has turned what may’ve once seemed like a negative into a lucrative and flourishing positive. It’s the Peter Dinklage of depressing town names.

This town is the home of the Little Hope Baptist Church. Can you imagine getting married there? That’s rougher than Our Lady of the Perpetual Sorrow Church — although that may only exist on The Suite Life of Zack and Cody. I think I now have both little hope and perpetual sorrow that I referenced that show on this website.