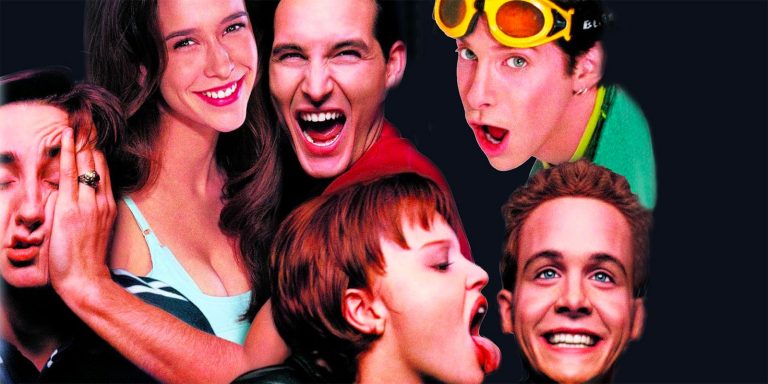 Can’t Hardly Wait scooped up so many young Hollywood newcomers that a lot of people with bit parts went on to much larger things.

The other day, during a debate of one of mankind’s toughest questions — Who’s more attractive: Jenna Elfman or Lisa Kudrow? — all the Jenna Elfman talk made me realize I hadn’t watched Can’t Hardly Wait in a while.

I threw it in as I was falling asleep that night and was just stunned at how much of the cast is recognizable. Whoever casted that thing had an incredible eye for future talent. Half the people in that movie went on to have major film and TV careers.

I put this list together of actors from Can’t Hardly Wait who weren’t famous and/or didn’t have many TV or film credits going in… didn’t get particularly large parts… but went on to major success.

Because of that criteria, the leads are out (because they didn’t have small parts) — so no Jennifer Love Hewitt, Seth Green, Peter Facinelli, Lauren Ambrose, Ethan Embry. So are the people who had small roles but were already recognizable — no Melissa Joan Hart, Breckin Meyer, Donald Faison, Jerry O’Connell, or the kid from Hook.

And that left me with this 11.

(And, by the way, I will argue to the death that I prefer Jenna Elfman to Lisa Kudrow. To the death.) 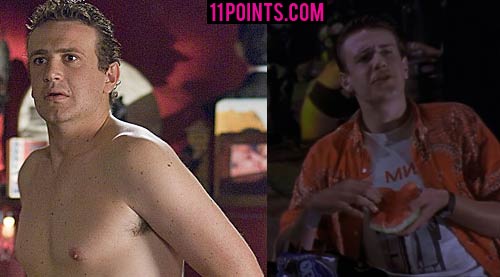 This was Jason Segel’s first-ever acting credit. He played a guy who brought a vodka-marinated watermelon to the party. Unfortunately, the exposition about said watermelon was cut when they had to chop down the movie to make it PG-13… so instead, you see him pop up periodically just caressing and devouring watermelon with no particular explanation.

Just like how, a decade later, in Forgetting Sarah Marshall, he’d write himself a bunch of gratuitous nude scenes with no particular explanation. 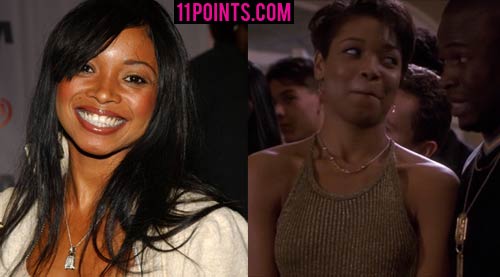 She was a lead in Booty Call before she had a minor part in Can’t Hardly Wait… but I’ve got to think, overall, the latter was a better career move. (Then again, Jamie Foxx survived Booty Call to start winning Oscars and making ringtones… Vivica A. Fox survived Booty Call to make Kill Bill and Juwanna Mann… and Tommy Davidson is a person — so maybe there really isn’t a Booty Call stigma.) 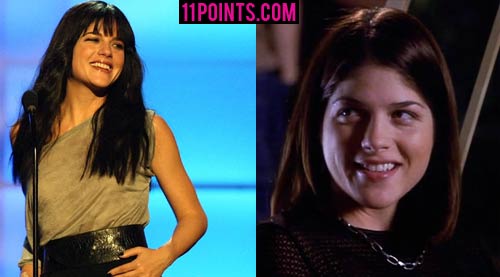 As I was searching for a modern photo of her, I had a weird thing happen — I think I’m coming around on Selma Blair as I’m getting older. I never really had any opinion one way or the other on her before… as I was looking through photos yesterday night, I started finding her kind of stunning. Meanwhile, as I watched Can’t Hardly Wait again, I found myself exponentially less into Jennifer Love Hewitt and her brutally poofed-up hair than I was a decade ago.

Is finding Selma Blair more attractive than Jennifer Love Hewitt an unwritten sign of aging, like wanting to sit down for a minute at amusement parks or finding random stray hairs on your upper arms? If so, someone tell Erikson I’ve officially crossed into that stage of development. 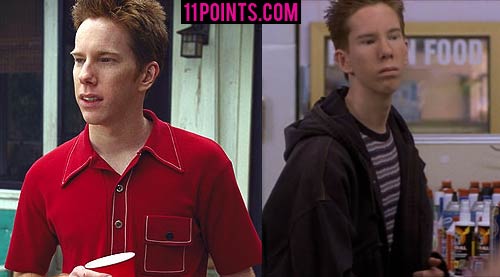 He’s arguably the person on this list who went on to the least success, but his fame is unquestionable — if you saw him on the street, you’d probably yell “Shermanator!!!” Or, if you wanted to remain cool, you’d just excitedly tweet that. 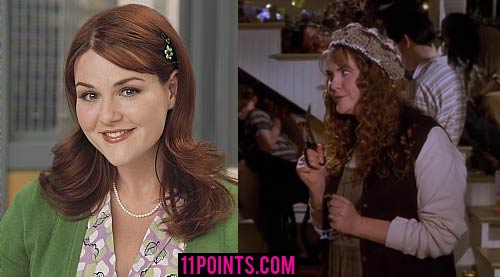 It’s really to her eternal credit that she somehow managed to avoid spending her career playing “bitchy chubby girl #8” and actually broke past insurmountable odds to get some real parts. We’ll say the same thing if Dwayne “The Rock” Johnson wins the Best Actor Oscar one day. Or Mike “The Miz” wins the WWE championship. 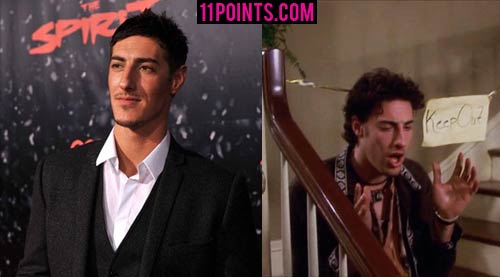 I feel like every year Eric Balfour is a regular on new show. And yet I’m fairly sure no one has ever seen a single episode of a single one. (Which I say not to judge him, that’s just the way it goes. I’m neither a tastemaker nor good predictor of a show’s viability. I’m pretty sure I’m the only person who’s watched every episode of every sitcom Andy Richter’s starred in, and none of those survived either. Yes, even Quintuplets.) 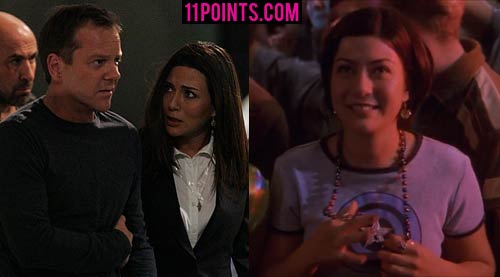 She’s doesn’t quite have the name recognition of the others on this list. But it was between her and Seth Peterson, Clea DuVall, Erik Palladino and what might’ve been two seconds of Colin Hanks but was probably not — so I picked her. After all, she got to work with Jack Bauer (as Nadia on 24)… AND Can’t Hardly Wait came out right after she was in Vegas Vacation. I don’t care what people say, I don’t think Vegas Vacation was a franchise killer. 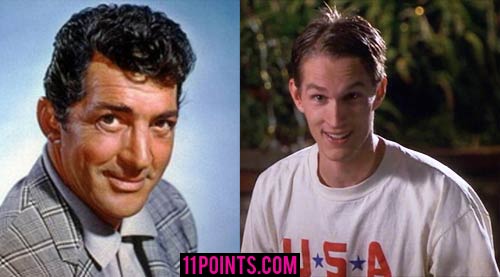 OK, so the guy who played the foreign exchange student (“Would you like to touch my penis?”) didn’t independently get famous. And I’m not putting him here because I think Borat ripped him off. In my uncomfortably deep research of Can’t Hardly Wait, I learned that this guy has been interviewed in a ton of documentaries because his grandfather was Dean Martin. You’re nobody til somebody grandfathers you. 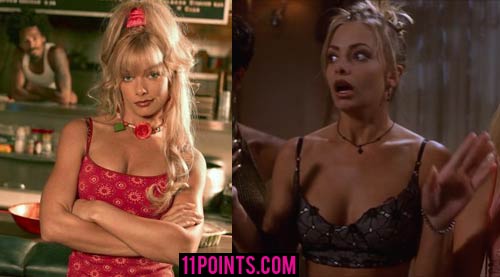 Now, technically, her role as “Girlfriend #1” wasn’t her acting breakthrough. About a year earlier, she got all sorts of naked as the lead in the direct-to-Cinemax movie Poison Ivy 3: The New Seduction. At that moment she stood on two roads diverged — one leading toward becoming the next Shannon Tweed and one toward becoming a way more attractive Rhea Perlman. Let’s say Can’t Hardly Wait pushed her in the more mainstream and clothed direction. 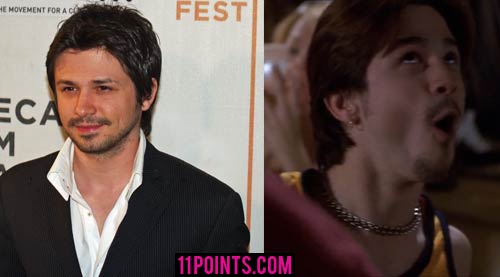 On Six Feet Under, he always struck me as the kind of actor who takes his Craft very seriously. So playing a jock (really!) in Can’t Hardly Wait probably doesn’t get very prominent play on his resume. Kind of like how, when I got out of college, my resume somehow excluded my time working at a pizza and French fries stand at Sea World. 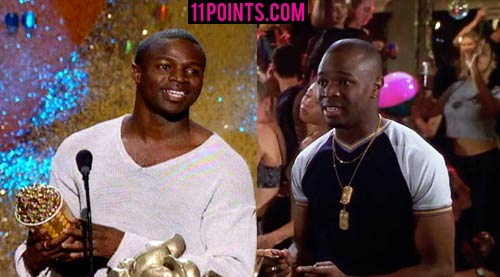 Saved the Last Dance was glorifying dance before dancing was cool again. Now, we’re rapidly approaching the point in society where we have more West Side Story-style gangs than New Jack City-style ones.