11 Foods and Drinks Banned in the United States 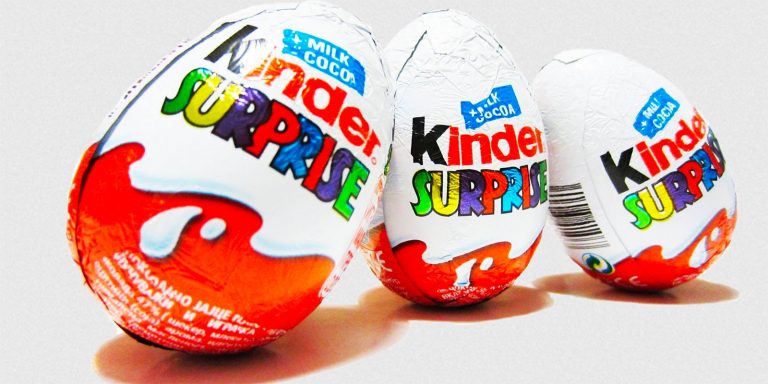 There’s been a story floating around this about two teenagers here in southern California who recently died. The headlines are screaming how Four Loko cans were found by the teenagers. Of course, the handful of people who actually read the article will notice the casual mention that there were other drugs and alcohol with them too. Oh, and there’s no indication the Four Loko they were drinking was the old caffeine-and-alcohol version, as opposed to the new, caffeine-free version.

No, all the Four Loko hype made me start researching other foods and drinks that we’re not allowed to eat or drink here anymore. Here are 11 foods and drinks that have been banned in the U.S.A. (This list is just like the title of that 2 Live Crew album, just with far less misogyny and far more references to haggis.) 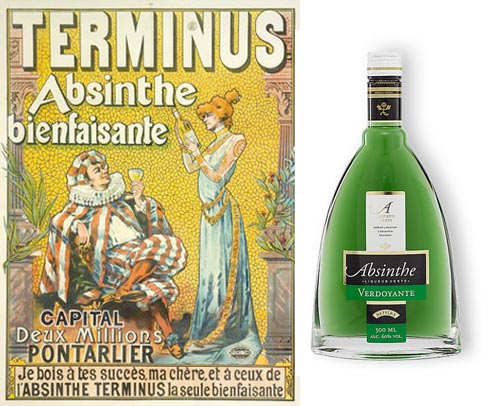 Absinthe has been banned in the U.S. forever. A few years back they sorta lifted the ban… but the absinthe that’s legal in the U.S. now can only contain a small amount of wormwood. And absinthe without the wormwood isn’t really absinthe; it doesn’t make you hallucinate — all you’re doing is drinking something that’s green and contains a little alcohol. Might as well drink Pucker. Or Hi-C Ecto Cooler and rum. 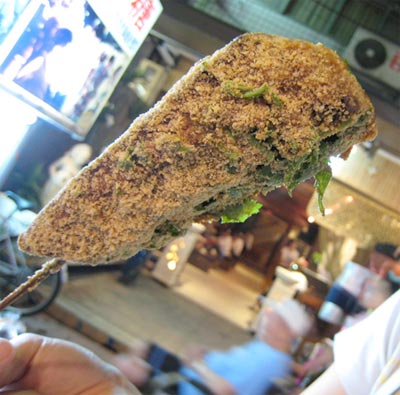 Pig’s Blood Cake is a Taiwanese delicacy; it’s a mix of pig’s blood and rice on a stick. Even though those ingredients are probably healthier than whatever goes into a hot dog on a stick, pig’s blood cake still gets the ban in the U.S. for being unsanitary. 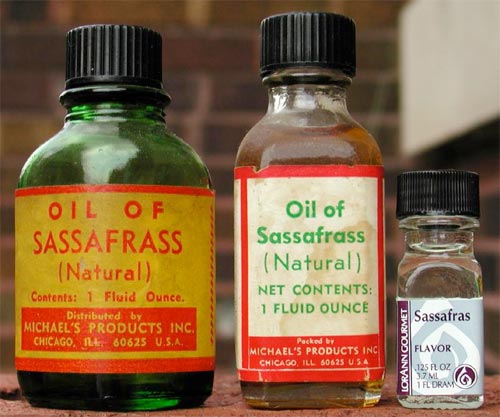 This used to flavor root beer (among other things) but was eventually banned because it was found to cause cancer in lab rats. (And cancer really slows down their plans to do the same thing they do every night: Try to take over the world.) I never really think of “sassafras” as an oil — to me, it’s primarily an expression used by old Southern women who are trying to avoid cussin’ — but what do I know? 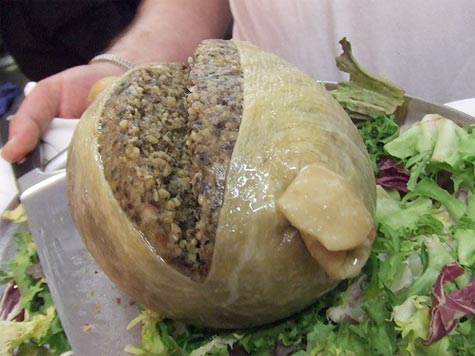 Haggis has been banned in the U.S. for more than four decades because one of its key ingredients is sheep’s lungs, and our government doesn’t want us eating those. It also contains a sheep’s heart and liver, and is cooked in a sheep’s stomach, but those are all, apparently, cool for us to eat. So your Scottish relatives here could cook you up some haggis without the sheep’s lungs, but there’s really no point in eating it without one of its key ingredients… but that’s kind of like drinking non-alcoholic beer, or watching the final seasons of Scrubs, That ’70s Show, 90210 or American Idol.

Not to be confused with FUBU. Fugu, the mostly-poisonous Japanese puffer fish, is neither for us, nor (bought) by us. 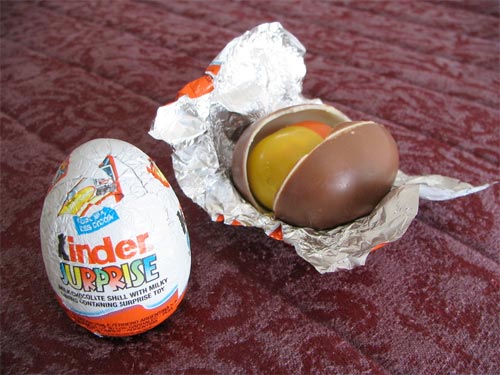 Kinder Eggs are a German candy egg. They have a milk chocolate shell, a white chocolate layer below the shell… and then a hollow center where there’s a little toy. Kind of like fortune cookies, if they were more delicious, less preachy and way more of a choking hazard.

It’s that whole “choking hazard” part that keeps them out of the U.S. The Consumer Product Safety Commission says they’re not safe for kids and, therefore, not allowed here. 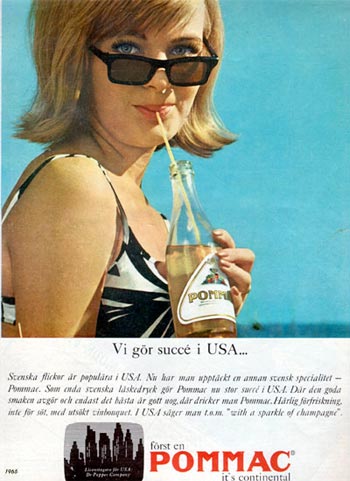 Pommac was a champagne-flavored soft drink, manufactured by Dr. Pepper in the ’60s. It didn’t sell well… I’ve never had it, but I’m guessing the fact that it was a champagne-flavored soft drink had something to do with that. (The fact the Dr. Pepper has succeeded while tasting like carbonated prune juice was already enough of a miracle, they couldn’t go to the well a second time.) The U.S. ended up banning the chemical that was used as its sweetener, sodium cyclamate, and that was the end of Pommac forever. 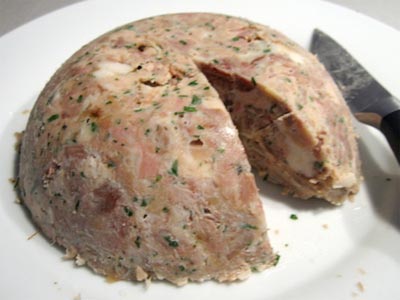 We can eat salami, prosciutto and headcheese (which, of course, isn’t cheese) here in the U.S. But it has to be slaughtered and produced here. Your uncle in the old country (any old country will do) can’t export any to you. So focus your importing/exporting business elsewhere (like on long matches). 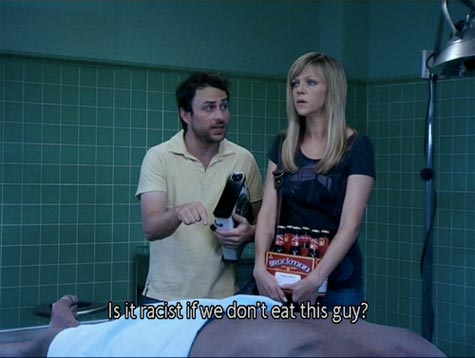 Dog and cat meat are frowned upon, but there’s no nationwide ban on them. Can’t say the same for horse or human meat. A few years ago, it became illegal to slaughter horses for food in the U.S. (Before that, there were actually factories here that would slaughter horses for their meat. But since we don’t really eat it, it was usually exported. Makes the glue factory look tame in comparison. Or, I suppose, equal.)

As for human meat, for some reason, cannibalism is illegal across the board in this country. Typical big government. It’s my body, it should be my choice to let someone gnaw on it or not. 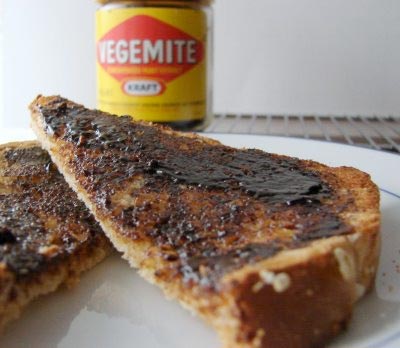 This one has treaded into urban legend realms. Vegemite contains folate, which is a food additive that the FDA isn’t too sweet on. So while there’s no official Vegemite ban, it’s murky enough that people are reluctant to import it.

So… uh… it may be tricky for you to find a horrid Australian flavored black paste to spread on your baked goods. How ever will you go on? 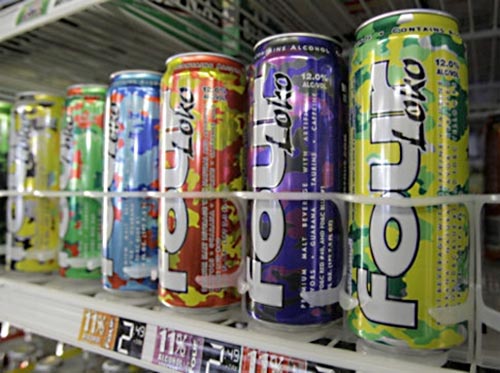 The FDA decided to ban Four Loko because the mix of alcohol and caffeine is so dangerous. Man, I hope they don’t find out about Red Bull vodkas, whiskey-Cokes, rum and cokes, Jagerbombs, Irish coffees, SuperDews, 5 Hour Everclear, and the 85 million other ways people have been mixing alcohol and caffeine forever.

Is Haggis the Antidote to American Obesity?