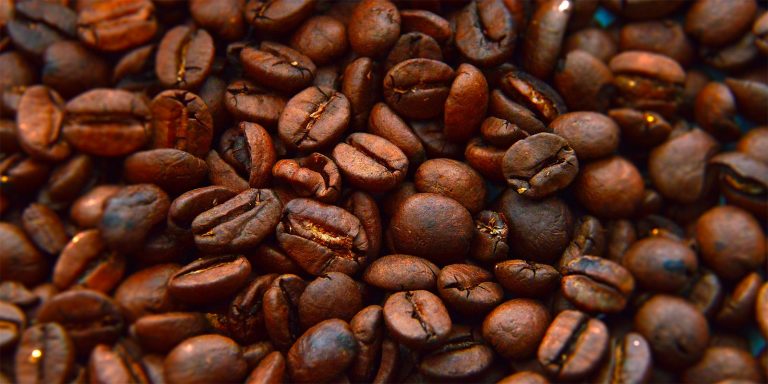 I have a bit of a reputation of being a Diet Coke zealot. I’ve picked my poison and whatever chemicals are in Diet Coke are my poison of choice. I assume it’s better for me than meth or huffing glue. Because, obviously, those are the only three options.

I got into a debate over the weekend about just how much caffeine I consume daily through only having soda. I argued that Diet Coke (and all sodas) are relatively low in caffeine compared to other options. Others were skeptical. I didn’t have the facts handy. Now I do.

I did a lot of research into caffeine content to put together this list. Yes, it’s a very personal subject; if this were any cop procedural the captain would’ve tried to pull me off the case and put me on desk duty rather than make this list because I’m too close to it. But like any good TV detective, I’d rather beg forgiveness than ask permission.

So here are 11 enlightening facts about caffeine. I originally called it “11 Eye-Opening Facts About Caffeine” but even I have to draw the line somewhere. I’m already coming out as a Diet Coke zealot here… can’t simultaneously come out as a pun zealot too.

The broad lesson of this list is: Drinking a cup of Starbucks coffee is just about the easiest way to flood yourself with crazy amounts of caffeine.

Non-Starbucks coffee usually isn’t quite as caffeine-laden as Starbucks, but it still outpaces soda. The average 12-ounce cup of brewed/drip/instant coffee has between 100 to 260 mg of caffeine. Even on the lowest end, that’s still the caffeine equivalent of three cans of Coke or two cans of Diet Coke.

One of the 12-ounce cans of Red Bull — those are the bigger ones, not the lean Virginia Slims ones — contains about 114 mg of caffeine. That’s less than the average cup of coffee (and less than half of a cup from Starbucks). But Red Bull also has a ton of other placebos mystery energy herbs that give you imaginary wings and enable you to compete in oddly random soap box derbies. The only extras you get from drinking Starbucks are Lily Allen CDs and competitions featuring 15 people with MacBook Pros vying for two power outlets.

Caffeine-free sodas are much more reliable as decaf options; they actually have zero mg of caffeine. So does water. But I promise this isn’t going to turn into one of those rants about why you should drink water that have become so ubiquitous and overbearing we now instinctively tune them out. Instead, let’s talk about the opposite of water, tiny fruit-flavored caffeine shots made of a ton of chemicals…

So if you drank 12 ounces of 5-Hour Energy, you’d get 828 mg of caffeine. That’s arguably in the lethal zone, and definitely in the “guy who no one likes at a rave” zone.

Beat your headache by signal jamming it with caffeine. Each tablet of Excedrin has 65 mg of caffeine, so when you pop the standard dose of two tablets you’ve taken down the equivalent of a 5-Hour Energy. And if you wash your Excedrin down with 5-Hour Energy, you’re probably going to forget your headache altogether (while you rearrange furniture or film a Micro Machines commercial).

My mom is particularly partial to coffee ice cream. Which, it turns out, contains anywhere from 45 to 75 mg of caffeine per 8-ounce serving. That’s more than a can of soda and comes close to the same amount as a smaller can of Red Bull. Did my mom know this whole time? Is she secretly a caffeine addict? Does my family have a chance at starring in the lamest episode of Intervention ever? Could I muster tears while saying, “She would eat coffee ice cream over all the other flavors and we never thought anything of it. And oy, the headaches she’d get when she couldn’t have a cup of coffee on Yom Kippur morning”?

There’s caffeine in chocolate, but it’s not much (especially in heavily-processed milk chocolate). Hershey’s Kisses have about 1 mg of caffeine in each one; Reese’s Peanut Butter Cups have 4 mg in each; Milky Way has the highest of the popular candies at 14 mg in a bar. You’d have to go Augustus Gloop before you could take in enough chocolate to get a caffeine rush.

When I was in elementary school and middle school, all the other guys buzzed about Jolt Cola. It wasn’t in many stores but it was the stuff of legends. And all because of its caffeine content — twice the caffeine of Coke!

Here’s the problem with messing with nostalgia. It’s never quite as good when you venture out of your memories and actually look at it through older eyes. I watch He-Man and can’t believe how much I loved the bargain basement animation. I look at Hulk Hogan’s WrestleMania main events and have to make sure I’m not watching in slow motion. And investigating Jolt Cola, sadly, reaped the same letdown.

Jolt Cola only had 72 mg in a 12-ounce can. That’s double what Coke has… but less than any of today’s energy drinks. Today’s kids don’t need to hunt down mysterious, quasi-forbidden Jolt Cola when they can buy those giant cans of Rockstar.

Four Loko original recipe was banned not only because it’s fun to distract people from real issues, but because of its caffeine-alcohol combo.

The widespread belief it that the caffeine was the problem. But looking at the numbers, that wasn’t its unique problem. It was the alcohol.

A can of original Four Loko was 23.5 ounces and had 156 mg of caffeine — that’s a lot of aggregate caffeine but less per ounce than any coffee or energy drink. The issue came from the 12 percent alcohol-by-volume; that means each can contained 2.82 ounces of alcohol. That’s a lot.

Whiskey is generally 40 percent ABV, meaning a standard 1.5-ounce shot contains 0.6 ounces of alcohol. So for an Irish coffee to achieve the same effect as Four Loko on both caffeine and alcohol content, you’d need an eight ounce cup of coffee containing four to five shots.

But, of course, there are other drinks that can be just as potent as Four Loko. If you can find a stronger whiskey, you can pull it off in a large Irish coffee. Adding Bacardi 151 to Pepsi Max could get you in the ballpark. Or, of course, you could play Edbrewed Fortyhands (where, obviously, you tape a 40 to one hand and a cup of coffee to the other).

Based on a survey with the sample size of one (my girlfriend), there’s a misconception that tea is comparable to coffee in terms of caffeine. It is not. Twelve ounces of brewed, chai or iced tea average 72 mg of caffeine — less than all but the weakest coffee and more than all but the Joltiest sodas.

Each No-Doz and Vivarin pill contains 200 mg of caffeine. A number that astronomical is both so exciting and so scary.

11 Cases Where Americans Happily Use the Metric System